Description: The Belief in One God and service to Him is one which is inherent in all humans. 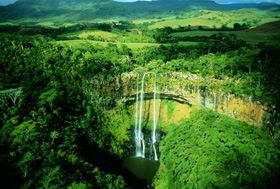 The vast majority of human beings have always believed in God.  From the most ancient civilizations to the most primitive of modern societies, religions with God at their center have formed the foundation of human culture.  In fact, the denial of God’s existence (atheism) throughout history was limited to a few individuals until the rise of communism in the 20th century.  Even today, in the secular societies of the West, where modern social scientists armed with Darwinian theories have argued that God is merely a figment of the human collective imagination, the overwhelming majority of citizens, laymen and even scientists, hold steadfast to their belief in God.

Consequently, the overwhelming body of archeological data in support of God’s existence has led some anthropologists to conclude that belief in God (deism) must be inborn and not learnt.  Although the vast majority of social scientists proposed otherwise, recent scientific discoveries appear to support the minority view that deism is innate.  In an article entitled “God Spot is found in the Brain,” Dr. Vilayanur Ramachandran of the University of Ca lifornia at San Diego said that the phenomenon of religious belief in God is hardwired into the brain.

Despite growing evidence that man is hardwired with a “physical facility for belief,” the fact that the concept of God has varied greatly among human societies still leads some thinkers, even those who believe in God, to conclude that religions must be manmade.  However, thorough research reveals a common theological thread linking the various religions.  That link is the belief in a Supreme Being among the various gods, a monotheistic foundation that can be found in even the most externally pantheistic of religious systems.  For example, the concept of God in Hinduism exists as a single example among many religions, which supports the view that human beings were originally monotheistic and through various degenerative processes became polytheistic.  In spite of its many gods and idols, Hinduism has a single Supreme God above all, Brahman.

Traditionally, most anthropologists have concluded that religion devolved from various stages of polytheism to monotheism, beginning with early man’s deification of the forces of nature, then, eventually, devolving into ditheism to consolidate all of the supernatural powers into two main gods (a god of good and a god of evil), and, finally, simplifying into a belief in one god, monotheism.

Thus, religion, according to anthropologists and social scientists, has no divine origin; it is merely a byproduct of the evolution of early man’s superstitions, based on his lack of scientific knowledge.  Hence, these same theoreticians believe that science will eventually unlock all of the secrets of nature, resulting in the disuse of religion to explain natural phenomena, and, the consequential extinction of religion altogether.

Man’s innate belief in a Supreme Being, however, seems to support the opposite view, proposing instead that man began as a monotheist, but in time, strayed into various forms of polytheism.  This view is further supported by fact that all of the so-called primitive tribes, which have been “discovered,” have been found to hold a belief in a Supreme Being.  No matter what their evolutionary stage of religious development is found to have been at the time of “discovery,” most were found to believe in a Supreme God over all other gods and spirits.  As such, the concept of a single Supreme Being remains in most of the religion’s as evidence that the masses strayed away from monotheism by giving some of God’s attributes to other aspects of creation, which eventually came to be regarded as lesser gods in some cases and as intercessors in others.  Nevertheless, a Supreme God, in whatever form He takes, is at the core of most religions.[2]

[2] As God said in the Quran: “So set you your face towards the religion, hanifan (steering away from the association of any others with God), the nature [framed by] God with which He has created humankind. No change let there be in the creation of God, that is the straight religion, but most men do not know.” (Quran 30:30) – IslamReligion.com

Next: Did God Become Man? (part 2 of 5): The Gods, Man is God, and God Becomes His Creatures

What an interesting point about epilepsy and being religious. And also how fascinating that there is an area of the brain that is more active in relgious people. I have psycic seizures and PTSD as well as panic disorder. And I have always been very much interested in religion. My husband is a epileptic and he is a very steadfast believer in God. I am going to study more on this, God willing. Thanks for an awesome article.