Description: An examination of the concept that Jesus is the son of God from Christian sources.  Part two: A look at the orginal Greek and Hebrew words translated to “son”. 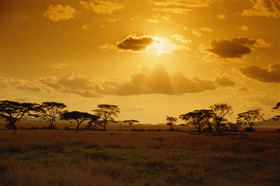 Christian clergy openly acknowledge that Jesus never called himself “son of God,” however they claim that others did.  This too has an answer.

Investigating the manuscripts that make up the New Testament, one finds that the alleged “sonship” of Jesus is based upon the mistranslation of two Greek words—pais and huios, both of which are translated as “son.”  However, this translation appears disingenuous.  The Greek word pais derives from the Hebrew ebed, which bears the primary meaning of servant, or slave.  Hence, the primary translation of pais theou is “servant of God,” with “child” or “son of God” being an extravagant embellishment.  According to the Theological Dictionary of the New Testament, “The Hebrew original of pais in the phrase pais theou, i.e., ebed, carries a stress on personal relationship and has first the sense of ‘slave.’”[1]  This is all the more interesting because it dovetails perfectly with the prophecy of Isaiah 42:1, upheld in Matthew 12:18: “Behold, My servant [i.e., from the Greek pais] whom I have chosen, My beloved in whom my soul is well pleased …” Whether a person reads the King James Version, New King James Version, New Revised Standard Version, or New International Version, the word is “servant” in all cases.  Considering that the purpose of revelation is to make the truth of God clear, one might think this passage an unsightly mole on the face of the doctrine of divine sonship.  After all, what better place for God to have declared Jesus His son?  What better place to have said, “Behold, My son whom I have begotten …”?  But He didn’t say that.  For that matter, the doctrine lacks biblical support in the recorded words of both Jesus and God, and there is good reason to wonder why.  Unless, that is, Jesus was nothing more than the servant of God this passage describes.

Regarding the religious use of the word ebed, “The term serves as an expression of humility used by the righteous before God.”[2]  Furthermore, “After 100 B.C. pais theou more often means “servant of God,” as when applied to Moses, the prophets, or the three children (Bar. 1:20; 2:20; Dan. 9:35).”[3]  A person can easily get into doctrinal quicksand: “Of eight instances of this phrase, one refers to Israel (Lk. 1:54), two refer to David (Lk 1:69; Acts 4:25), and the other five to Jesus (Mt. 12:18; Acts 3:13, 26; 4:27, 30)…. In the few instances in which Jesus is called pais theou we obviously have early tradition.”[4]  So Jesus did not have exclusive rights to this term, and where it was employed the term “obviously” stemmed from “early tradition.”  Furthermore, the translation, if impartial, should identify all individuals to whom the phrase was applied in similar manner.  Such, however, has not been the case.  Whereas pais has been translated “servant” in reference to David (Acts 4:25 and Luke 1:69) and Israel (Luke 1:54), it is translated “Son” or “holy child” in reference to Jesus (Acts 3:13; 3:26; 4:27; 4:30).  Such preferential treatment is canonically consistent, but logically flawed.

Lastly an interesting, if not key, religious parallel is uncovered: “Thus the Greek phrase pais tou theou, ‘servant of God,’ has exactly the same connotation as the Muslim name Abdallah—the ‘servant of Allah.’”[5]

The symmetry is all the more shocking, for the Holy Qur’an relates Jesus as having identified himself as just this—Abdallah (abd being Arabic for slave or servant, Abd-Allah [also spelled “Abdullah”] meaning slave or servant of Allah).  According to the story, when Mary returned to her family with the newborn Jesus, they accused her of being unchaste.  Speaking from the cradle in a miracle that gave credence to his claims, baby Jesus defended his mother’s virtue with the words, “Inni Abdullah …” which means, “I am indeed a servant of Allah …” (TMQ 19:30)

Translation of the New Testament Greek huios to “son” (in the literal meaning of the word) is similarly flawed.  On page 1210 of Kittel and Friedrich’s Theological Dictionary of the New Testament, the meaning of huios journeys from the literal (Jesus the son of Mary), to mildly metaphorical (believers as sons of the king [Matt. 17:25-26]), to politely metaphorical (God’s elect being sons of Abraham [Luke 19:9]), to colloquially metaphorical (believers as God’s sons [Matt. 7:9 and Heb 12:5]), to spiritually metaphorical (students as sons of the Pharisees [Matt. 12:27, Acts 23:6]), to biologically metaphorical (as in John 19:26, where Jesus describes his favorite disciple to Mary as “her son”), to blindingly metaphorical as “sons of the kingdom” (Matt. 8:12), “sons of peace” (Luke. 10:6), “sons of light” (Luke. 16:8), and of everything from “sons of this world” (Luke 16:8) to “sons of thunder” (Mark 3:17).  It is as if this misunderstood word for “son” is waving a big sign on which is painted in bold letters: METAPHOR!  Or, as Stanton eloquently puts it, “Most scholars agree that the Aramaic or Hebrew word behind ‘son’ is ‘servant.’  So as the Spirit descends on Jesus at his baptism, Jesus is addressed by the voice from heaven in terms of Isaiah 42:1: ‘Behold my servant … my chosen … I have put my Spirit upon him.’  So although Mark 1:11 and 9:7 affirm that Jesus is called by God to a special messianic task, the emphasis is on Jesus’ role as the anointed servant, rather than as Son of God.”[6]

THANK U SIR,MR.BROWN.VERY HELPFUL TO GIVE DAWA.

This is indeed nothing but the clear truth