Description: A look at what Judeo-Christian scholars say about the authenticity and preservation of the New Testament.

Both read the Bible day and night,

But thou read’st black where I read white. 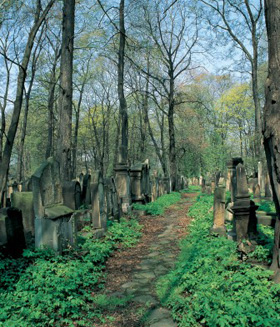 Of course, Blake’s sentiment in the quote above is nothing new.  The New Testament contains enough inconsistencies to have spawned a dizzying variety of interpretations, beliefs and religions, all allegedly Bible-based.  And so, we find one author offering the amusing observation:

You can and you can’t,

You shall and you shan’t,

You will and you won’t,

And you will be damned if you do,

Why such variance in viewpoints?  To begin with, different theological camps disagree on which books should be included in the Bible.  One camp’s apocrypha is another’s scripture.  Secondly, even among those books that have been canonized, the many variant source texts lack uniformity.  This lack of uniformity is so ubiquitous that The Interpreter’s Dictionary of the Bible states, “It is safe to say that there is not one sentence in the NT in which the MS [manuscript] tradition is wholly uniform.”[2]

Not one sentence?  We can’t trust a single sentence of the Bible?  Hard to believe.

The fact is that there are over 5700 Greek manuscripts of all or part of the New Testament.[3]  Furthermore, “no two of these manuscripts are exactly alike in all their particulars….  And some of these differences are significant.”[4]  Factor in roughly ten thousand manuscripts of the Latin Vulgate, add the many other ancient variants (i.e., Syriac, Coptic, Armenian, Georgian, Ethiopic, Nubian, Gothic, Slavonic), and what do we have?

A lot of manuscripts

A lot of manuscripts that fail to correspond in places and not infrequently contradict one another.  Scholars estimate the number of manuscript variants in the hundreds of thousands, some estimating as high as 400,000.[5]  In Bart D.  Ehrman’s now famous words, “Possibly it is easiest to put the matter in comparative terms: there are more differences in our manuscripts than there are words in the New Testament.”[6]

How did this happen?

No wonder they differ

In the best of hands, copying errors would be no surprise.  However, New Testament manuscripts were not in the best of hands.  During the period of Christian origins, scribes were untrained, unreliable, incompetent, and in some cases illiterate.[9]  Those who were visually impaired could have made errors with look-alike letters and words, while those who were hearing-impaired may have erred in recording scripture as it was read aloud.  Frequently scribes were overworked, and hence inclined to the errors that accompany fatigue.

In the words of Metzger and Ehrman, “Since most, if not all, of them [the scribes] would have been amateurs in the art of copying, a relatively large number of mistakes no doubt crept into their texts as they reproduced them.”[10]  Worse yet, some scribes allowed doctrinal prejudice to influence their transmission of scripture.[11]  As Ehrman states, “The scribes who copied the texts changed them.”[12]  More specifically, “The number of deliberate alterations made in the interest of doctrine is difficult to assess.”[13]  And even more specifically, “In the technical parlance of textual criticism—which I retain for its significant ironies—these scribes ‘corrupted’ their texts for theological reasons.”[14]

Errors were introduced in the form of additions, deletions, substitutions and modifications, most commonly of words or lines, but occasionally of entire verses.[15] [16]  In fact, “numerous changes and accretions came into the text,”[17] with the result that “all known witnesses of the New Testament are to a greater or lesser extent mixed texts, and even several of the earliest manuscripts are not free from egregious errors.”[18]

In Misquoting Jesus, Ehrman presents persuasive evidence that the story of the woman taken in adultery (John 7:53-8:12) and the last twelve verses of Mark were not in the original gospels, but added by later scribes.[19]  Furthermore, these examples “represent just two out of thousands of places in which the manuscripts of the New Testament came to be changed by scribes.”[20]

In fact, entire books of the Bible were forged.[21]  This doesn’t mean their content is necessarily wrong, but it certainly doesn’t mean it’s right.  So which books were forged?  Ephesians, Colossians, 2 Thessalonians, 1 and 2 Timothy, Titus, 1 and 2 Peter, and Jude—a whopping nine of the twenty-seven New Testament books and epistles—are to one degree or another suspect.[22]

Forged books? In the Bible?

Why are we not surprised?  After all, even the gospel authors are unknown.  In fact, they’re anonymous.[23]  Biblical scholars rarely, if ever, ascribe gospel authorship to Matthew, Mark, Luke, or John.  As Ehrman tells us, “Most scholars today have abandoned these identifications, and recognize that the books were written by otherwise unknown but relatively well-educated Greek-speaking (and writing) Christians during the second half of the first century.”[24]  Graham Stanton affirms, “The gospels, unlike most Graeco-Roman writings, are anonymous.  The familiar headings which give the name of an author (‘The Gospel according to …’) were not part of the original manuscripts, for they were added only early in the second century.”[25]

So what, if anything, did Jesus’ disciples have to do with authoring the gospels?  Little or nothing, so far as we know.  But we have no reason to believe they authored any of the books of the Bible.  To begin with, let us remember Mark was a secretary to Peter, and Luke a companion to Paul.  The verses of Luke 6:14-16 and Matthew 10:2-4 catalogue the twelve disciples, and although these lists differ over two names, Mark and Luke don’t make either list.  So only Matthew and John were true disciples.  But all the same, modern scholars pretty much disqualify them as authors anyway.

Good question.  John being the more famous of the two, why should we disqualify him from having authored the Gospel of “John”?

Umm … because he was dead?

Multiple sources acknowledge there is no evidence, other than questionable testimonies of second century authors, to suggest that the disciple John was the author of the Gospel of “John.”[26] [27]  Perhaps the most convincing refutation is that the disciple John is believed to have died in or around 98 CE.[28]  However, the Gospel of John was written circa 110 CE.[29]  So whoever Luke (Paul’s companion), Mark (Peter’s secretary), and John (the unknown, but certainly not the long-dead one) were, we have no reason to believe any of the gospels were authored by Jesus’ disciples. . . .

The above excerpt is taken from Dr. Brown’s forthcoming book, MisGod’ed, which is expected to be published along with its sequel, God’ed.  Both books can be viewed on Dr. Brown’s website, www.Leveltruth.com.  Dr. Brown can be contacted at BrownL38@yahoo.com

[1] Dow, Lorenzo. Reflections on the Love of God.

[10] Metzger, Bruce M. and Ehrman, Bart D. The Text of the New Testament: Its Transmission, Corruption, and Restoration. P. 275.

[18] Metzger, Bruce M. and Ehrman, Bart D. The Text of the New Testament: Its Transmission, Corruption, and Restoration. P. 343.