The Miraculous Quran (part 11 of 11): A Challenge for Humanity

The Linguistic Miracle of the Quran 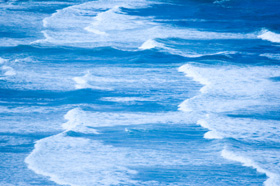 There is another important aspect that Muslim scholars have traditionally considered the greatest miraculous aspect of the Quran, this is the linguistic miracle.  Unfortunately, though, before becoming a Muslim (and even afterwards), I had no way to truly appreciate this topic.  I could only read what some scholars had written about the language and beauty of the Quran.  For example, John Naish wrote:

The Quran in its original Arabic dress has a seductive beauty and charm of its own.  Couched in concise and exalted style, its brief pregnant sentences, often rhymed, poses an expressive force and explosive energy which is extremely difficult to convey by literal word for word translation.[1]

Similarly, Arberry yearned for his earlier days when he would hear the Quran being recited during Ramadhan in Egypt.[2]  I actually had no access to hearing the Quran being recited and therefore did not know what a moving experience it is.  Furthermore, without knowledge of the Arabic language, the impression of the English translations could not possibly be like that of the original Arabic.  However, I must discuss this miraculous here, however briefly, because it is truly one of the most amazing aspects of the Quran.

Again, traditionally, Muslim scholars have considered the linguistic miracle of the Quran as perhaps the most important miraculous aspect of the Quran—and it is definitely the one that had the most influence at the time of the Prophet Muhammad, may the mercy and blessings of God be upon him.  The Arabs were very proud of their language.  The very word that they used for foreigner, ajami, basically meant one who is barbarous in speech or lacking clarity in his speech.[3]  However, even they were no match for the Quran.  Before the Quran, they used to have fairs and competition to see which of them could produce the most beautiful work in Arabic.  However, according to Draz:

But when the Quran was revealed all such fairs came to an end, and literary gatherings were defunct.  From now on, the Quran was the only work to command people's attention.  None of them could challenge or compete with it, or even suggest that a single word be changed, moved, added or omitted from the sentence where it occurs.  Yet the Quran did not close the door to competition.  Indeed, it left it wide open, calling on them, individually and collectively, to take up its challenge and produce anything similar to it.  It repeated the challenge in different forms, berating their inability to do so, and reducing the task for them time after time.[4]

Arabic scholars have identified many linguistic aspects that distinguish the Quran from all other works and sets it apart as a miracle.  Herein, only a few shall be mentioned briefly[5]:

(1)  Each word that is used in its precise place and cannot be moved or exchanged for a close synonym without its beauty or meaning being loss.

(2)  The Quran has a unique sentence structure and rhythm that sets it apart from both prose and poetry, sometimes resembling one more than the other but never being completely one or the other.

(3)  The sentences use the smallest number of words without losing any necessary meaning.  In other words, they are concise, which adds to their beauty, while at the same time they convey all that needs to be conveyed.

(4)  There is a perfect balance as well as a consistency in style between emotional and intellectual passages of the Quran.  Draz noted that this beauty can only truly be found in the Quran:

Two forces are always active within a human being: the intellectual and the emotional.  They have different roles and directions.  The first aims to know the truth, and to identify what is good and beneficial so as to adopt it.  The other records its feelings of pain and pleasure.  A perfect style is that which satisfies both needs at the same time, giving you intellectual satisfaction and emotional pleasure…Do we find such perfection in human style?  We have seen the writings of scientists and philosophers, and works of poets and fine prose [yet they cannot meet this goal]…[6]

The Challenge of the Quran Itself

Scholars have noted many other miraculous aspects of the Quran, such as its perfect consistency and freedom from contradiction even though it was revealed over a span of twenty-three years[7], the effect the Quran has on the individuals who listen to it[8]  and so.  However, what we have discussed here is definitely sufficient for our purposes, as I have covered the issues that most influenced me on my path to Islam.  Furthermore, I believe that what has already been discussed is sufficient to demonstrate that the Quran is indeed miraculous.

According to Muslims, the Quran is the speech and word of God.  Therefore, it is not surprising that it is inimitable.  However, God has willed to make this point very clear to all of humankind, leaving them no room to argue, doubt or excuse themselves.  In the Quran, God challenges humankind to produce anything similar to the Quran.  In fact, the challenge from God goes even further than that: There is a challenge to produce even one chapter like the chapters of the Quran.

This challenge is still open to humankind today.  Anyone is free to attempt to rebuke the Quran by producing something similar to even a portion of the Quran.  In reality, though, God even makes it clear that all of humankind will never be able to produce anything comparable to the Quran—anything amazing prophecy of the Quran.

The challenge from God occurs in five different places in the Quran.  Here are the relevant verses in the order that they were revealed by God:

“And if you (Arab pagans, Jews, and Christians) are in doubt concerning that which We have sent down (i.e. the Quran) to Our servant (Muhammad), then produce a chapter the like thereof and call your witnesses (supporters and helpers) besides God, if you are truthful.  But if you do it not, and you can never do it, then fear the Fire (Hell) whose fuel is men and stones, prepared for the disbelievers.” (Quran 2:23-24, emphasis added)

“Say (to the people), ‘If all of humankind and jinns were together to produce the like of this Quran, they could not produce the like thereof, even if they helped one another.’” (Quran 17:88)

In sum, if anyone still has any doubt about the Quran, let him rise to this challenge.

A Very Important Statement of the Prophet and My Decision

“And they say, ‘Why are not signs sent down to him from his Lord?’  Say, ‘The signs are only with God, and I am only a plain warner.’  Is it not sufficient for them that We have sent down to you the Book which is recited to them?  Verily, herein is mercy and a reminder for a people who believe.” (Quran 29:50-51)

Indeed, this Book should be sufficient for any sincere, truth-seeking individual.  There is no need for any other signs or miracles after this Book.  This is the gist of what God has said in this passage and this is what my heart and mind concluded as I studied the Quran in the face of all the writers who claimed that it was not a revelation from God.

The Prophet also made a very important statement concerning this sign and miracle that God had given him.  Since he was the final prophet, the nature of his sign and miracle had to be different from all that preceded him.  It had to be a miracle that could have a lasting affect until the Day of Judgment.  Indeed, it is.  Even more so, it is a very different type of miracle.  It is one upon which humans can reflect and be completely convinced of its truth.  Thus, the Prophet said, “There has been no prophet except that God gave him miracles due to which people believed in him.  I have been given (as my miracle) the revelation which God revealed to me.  I hope, thereby, that I will have the largest number of followers on the Day of Judgment.”  (Recorded by Al-Bukhari.)  Given the nature of the sign that the Prophet has received, there is no excuse for people of other times not to follow the Prophet.  Hence, he will, God willing, have the greatest number of followers on the Day of Judgment.

The Quran demanded a decision on my part—as it actually demands a decision on everybody’s part.  The signs pointing to its miraculous nature and that it must be a true revelation from God were simply overwhelming to me.  None of the theories opposing the Quran or denying the sincerity of the Prophet were strong enough or logical enough to convince me otherwise.  Hence, I, via the Quran, embraced Islam and all praise and thanks are due to God.

[5] For more details, one can consult Draz, passim.

[7] God says in the Quran, “Do they not then consider the Quran carefully? Had it been from other than God, they would surely have found therein much contradictions” (al-Nisaa 4:82).

[8] Be they believers or unbelievers, the Quran is bound to affect them.  For example, concerning the believers, God says, “God has sent down the best statement, a Book (this Quran), its parts resembling each other in goodness and truth, oft-repeated.  The skins of those who fear their Lord shiver from it (when they recite it or hear it).  Then their skin and their heart soften to the remembrance of God.  That is the guidance of God.  He Guides therewith whom He pleases and whomever God sends astray, for him there is no guide” (al-Zumar 39:23).  On the other hand, concerning the disbelievers, God says, “And surely, We have explained [Our Promises, Warnings and (set forth many) examples] in this Quran that they (the disbelievers) may take heed, but it increases them in naught save aversion” (al-Israa 17:41).