Description: W. B. Bashyr Pickard B.A. (Cantab), L.D.(London), an author of wide repute whose pen-production include Layla and Majnun, The Adventures of Alcassim, and A New World, tells his tale of his quest for Islam after suffering sever injuries in WWI.

“Every child is born with a disposition towards the natural religion of obedience (i.e. Islam); it is the parents who make him a Jew, A Christian or a Magian.“(Saheeh Al-Bukhari). 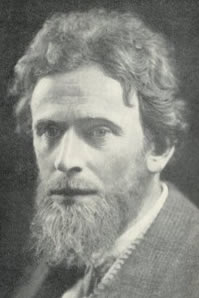 Having been born in Islam, it was a good many years before I realized this fact.

At school and college I was occupied, perhaps too intensely, with the affairs and demands of the passing moment.  I do not consider my career of those days brilliant, but it was progressive.  Amid Christian surroundings I was taught the good life, and the thought of God and of worship and of righteousness was pleasant to me.  If I worshipped anything, it was nobility and courage.  Coming down from Cambridge, I went to Central Africa, having obtained an appointment in the administration of the Uganda Protectorate.  There I had an interesting and exciting existence beyond what, from England, I had ever dreamt, and was compelled by circumstances, to live amongst the black brotherhood of humanity, to whom I may say I became endearingly attached by reasons of their simple joyous outlook upon life.  The East had always attracted me.  At Cambridge, I read the Arabian Nights.  Alone in Africa I read the Arabian Nights, and the wild roaming existence I passed in the Uganda Protectorate did not make the East less dear to me.

Then upon, my placid life broke in the First World War.  I hastened homewards to Europe.  My health broke down.  Recovering, I applied for a commission in the Army, but on health grounds this was denied to me.  I therefore cut losses and enlisted in the Yeomanry, managing somehow or other to pass the doctors and, to my relief, donned uniform as a trooper.  Serving then in France on the Western Front, I took part in the battle of the Somme in 1917, where I was wounded and made prisoner of war.  I traveled through Belgium to Germany where I was lodged in hospital.  In Germany, I saw much of the sufferings of stricken humanity, especially Russians decimated by dysentery.  I came to the outskirts of starvation.  My wound (shattered right arm) did not heal quickly and I was useless to the Germans.  I was therefore sent to Switzerland for hospital treatment and operation.  I well remember how dear, even in those days, was the thought of the Quran to me.  In Germany, I had written home for a copy of Sale’s Quran to be sent out to me.  In later years, I learnt that this had been sent but it never reached me.  In Switzerland, after [the] operation of [my] arm and leg, my health recovered.  I was able to go out and about.  I purchased a copy of Savary’s French translation of the Quran (this today is one of my dearest possessions).  Therein, I delighted with a great delight.  It was as if a ray of eternal truth shone down with blessedness upon me.  My right hand still being useless, I practiced writing the Quran with my left hand.  My attachment to the Quran is further evidenced when I say that one of the most vivid and cherished recollections I had of the Arabian Nights was that of the youth discovered alive alone in the city of the dead, seated reading the Quran, oblivious to his surroundings.  In those days in Switzerland, I was veritably resigne a la volonte de Dieu  (Muslim).  After the signing of the Armistice, I returned to London in December 1918, and some two or three years later, in 1921, I took up a course of literary study at London University.  One of the subjects I chose was Arabic, lectures in which I attended at King’s College.  Here it was that one day my professor in Arabic (the late Mr. Belshah of Iraq) in the course of our study of Arabic mentioned the Quran.  “Whether you believe in it or not,“ he said, “you will find it a most interesting book and well worthy of study.“ “Oh, but I do believe in it,“ was my reply.  This remark surprised and greatly interested my teacher in Arabic, who after a little talk invited me to accompany him to the London Prayer House at Notting Hill Gate.  After that, I attended the Prayer House frequently and came to know more of the practice of Islam, until, on New Year’s day, 1922, I openly joined the Muslim community.

That is more than quarter of a century ago.  Since then I have lived a Muslim life in theory and practice to the extent of my ability.  The power and wisdom and mercy of God are boundless.  The fields of knowledge stretch out ever before us beyond the horizon.  In our pilgrimage through life, I feel assured that the only befitting garment we can wear is submission, and upon our heads the headgear of praise, and in our hearts love of the One Supreme.  “Wal-Hamdu lil’ Lahi Rabbi ‘l-’Alameen (Praise be to God, the Lord of all the worlds.”