Interest and its Role in Economy and Life (part 5 of 7): Explanations and Theories

Description: The various ways in which thinkers in the past have tried to conjure explanations for the existence of interest. 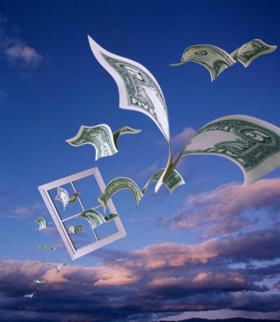 The mere plethora of opinions attempting to explain the existence of interest and justify its payment—accompanied by the credible critiques of all of these views by noted and respected economists[1] —should be a sign to everyone that something is not quite right.  In the history of economic thought, one can find the following theories justifying interest (among others):

(1)  The “Colorless” Theories (as Boehm-Bawerk calls them): These were advanced by Adam Smith, Ricardo and other early economists.  This theory has many flaws, including confusing interest with gross profit on capital.  Ricardo further traced all value of capital back to labor—but somehow he failed to note that it was never labor that was receiving the payment for said value.

(2)  The Abstinence Theories: These kinds of theories have popped up every now and then.  Economists discovered that “abstinence” may not be a good word to use[2]  and would often change it to other terms, such as “waiting” (a la Marshall).  Interest is, in essence, the wage one receives for “waiting” or “abstaining” from immediate consumption.  This theory failed because it seems to think that savings are solely a function of interest, which has been found not to be true.

(3)  Productivity Theories: The proponents of this theory see productivity as being inherent in capital and therefore interest is simply the payment for that productivity.  The theory, as put forward by Say, assumes that capital produces surplus value but, again, there is no proof to support that claim.  The most that one can claim is that some value has been created, which is a payment to capital, but one cannot prove that excess or surplus value has been created, which is the essence of their claim that interest is justified.  Of course, these theories also complete ignore the monetary factors when analyzing interest.

(4)  Use Theories: “Boehm rejected the validity of the assumption that there was beside each capital good a ‘use’ thereof which was an independent economic good possessing independent value.  He further emphasized that ‘in the first place, there simply is no such thing as an independent use of capital,’ and, consequently, it can not have independent value, nor by its participation give rise to the ‘phenomenon of excess value.’  To assume such a use is to create an unwarrantable fiction that contravenes all fact.”[3]

(5)  Remuneration Theories: This group of economists sees interest as the remuneration of “labor performed” by the capitalist.  Although supported by English, French and German economists, perhaps this view needs no comment.

(6)  The Eclectic (combination of earlier theories, such as Productivity and Abstinence) Theories: Afzal-ur-Rahman writes:

This line of thought seems to reveal a symptom of dissatisfaction with the doctrine of interest as presented and discussed by the economists of the past and the present.  And, as no single theory on the subject is in itself considered satisfactory, people have tried to find a combination of elements from several theories in order to find a satisfactory solution of the problem.[4]

(7)  Modern Fructification Theory: Henry George was the developer of this theory but it never carried enough weight to have many, if any, followers.

(8)  Modified Abstinence Theory: Yet another unique theory, proposed by Schellwien; it never had much impact.

(9)  The Austrian Theory (The Agio[5]  or Time-Preference Theory): This is the view that Boehm-Bawerk himself endorses.  According to this theory, interest arises “from a difference in value between present and future goods.”  Cassel has critiqued this theory in detail.  It boils down to being a fancy “waiting” theory.

(10)     Monetary Theories (the Loanable Funds Theory, the Liquidity Preference Theory, the Stocks and Flows Theory, the Assets-Preference Approach): More recently, economists have tried to introduce and emphasize the influence of monetary factors into the issue of interest.  In reality, though, the emphasis here begins to be switched from why interest is paid to what determines the prevailing rate of interest.  “According to Robertson, interest in liquidity preference theory is reduced to nothing more than a risk-premium against fluctuations about which we are not certain.  It leaves interest suspended, so to speak in a void, there being interest because there is interest.”[6]  Similar critiques have been made of the other views in this family of theories.

In a couple of places, Afzal-ur-Rahman has provided excellent conclusions concerning these different theories of interest.  He stated:

A critical study of the historical development of the phenomenon of interest has shown that interest is paid to an independent factor of production, which may be called either waiting or postponement or abstinence or use etc.  But all these theories have failed to answer or to prove as to why interest is paid or should be paid to this factor.  Some point to the necessity of waiting; others to the necessity of abstinence of postponement; but none of these explanations answer the question.  Neither mere necessity of waiting or postponement or abstinence nor mere use or productivity of capital is enough to prove that interest is a necessary payment for the employment of capital in production.  Besides, these theories have failed to answer how a variable factor can possibly determine a fixed factor like the rate of interest?  How could such a theory be valid or tenable?[7]

The monetary theories, like marginal productivity theories, have made no attempt to answer the question: why should interest be paid?  Or why interest is paid?  They have simply ignored this question and have sought refuge in the theory of value.  They say, like all other things, the price of capital is determined by the demand for and supply of money.  But it seems that they have forgotten the basic difference between the two problems; the theory of value is a problem of exchange, while theory of interest is a problem of distribution.  Both loanable funds and liquidity preference theories are basically supply and demand theories of interest and explain it with reference to supply of and demand for loanable funds and money respectively.  But they do not give any justification for the phenomenon of interest.  Even if capital has a right to proper compensation as a reward for its contribution to the creation of wealth, “it can only draw its share from the increase of national wealth only to the extent of its contribution to it.  It cannot be allowed to run away with its pound of flesh, determined in advance, and unrelated to the actualities of production.”[8]  According to Boehm Bawerk, the study of all these theories” reveals the development of three essentially divergent basic conceptions of the interest problem.”  One group, the representatives of the productivity theory, treats the interest problem as a problem of production.  The socialist-exponents of the exploitation theories treat the interest problem as purely a problem of distribution; while the third group, the supporters of the monetary theories, seeks in the theory of interest, the problem of value.  There is no doubt that all these theorists, having been confused by the very magnanimity and pervasiveness of the phenomenon of interest, have avoided the main issue as to why interest should be paid?  They have, indeed, spent all their energies in solving the problem either of waiting or abstinence or productivity or “labour value” or “the determination of value” and have not said anything about the origin or the justification of the institution of interest.[9]

[1] Virtually any textbook on the history of economic thought provides an analysis of the justifications of interest as well as their critiques.  One useful reference is Mark Blaug, Economic Theory in Retrospect (Cambridge: Cambridge University Press, 1978).  Boehm-Bawerk’s classic Capital and Interest is a strong indictment against earlier theories of interest, although his own theory is certainly not free of defects.  Boehm found the earlier theories to be inconsistent and contradictory and, also, that they failed to give a complete theory of interest, explaining why it is paid and what determines its rate.  Also see Qureshi, pp. 11-39; Afzal-ur-Rahman, pp. 9-48.

[2] Senior’s abstinence theory “was duly ridiculed by a socialist writer, Lasalle, who remarks, ‘The profit of capital is the “wage of abstinence.” Happy, even priceless, expression.  The ascetic millionaires of Europe like Indian penitents or pillar saints, they stand on one leg each on his column, with straining arm and pendulous body and pallid looks, holding a plate towards the people to collect the wages of their abstinence.  In their midst, towering up above all his fellows, as head penitent and ascetic, the Baron Rothschild.’” Qureshi, p. 17.

[5] “Agio” is the premium which one is willing to pay for the present goods as compared to having the same goods in future.

[8] Afzal-ur-Rahman quoted this Ahmad, The Economics of Islam.