The Miraculous Quran (part 8 of 11): From Savages to Saints

Description: The Quran’s Effect on the Generation of the Prophet and Afterwards. 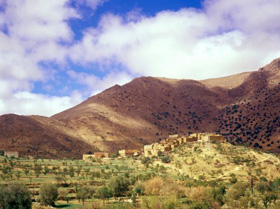 The next aspect that caught me eye—and this again was something that non-Muslims were mentioning in their works—was the effect that the Quran had on the generation of the Prophet. May the mercy and blessings of God be upon him, and afterwards.

It is clear that the Arabs at the time of the Prophet were wont to drink, make merry and engage in tribal battles. They were known to sometimes kill their female babies. However, one finds that in a short span of close to twenty years a movement that started with just one man was able, due to the grace of God and the miraculous effect of the Quran, to change almost all of the Arabs and non-Arabs in the Arabian peninsula and bind them together into a brotherhood of faith and mercy which was so strong that if any one part of this brotherhood was in anguish, the whole brotherhood would be affected negatively. At that time, one could find two people who were from previously antagonistic tribes sharing their wealth and willing to give up their lives for each other. Indeed, one was willing to split half of his wealth and divorce one of his wives for the sake of his new brother who was from a “foreign” tribe.

Perhaps one of the best descriptions of the change that took place among the Muslims can be seen in the famous statement of the Companion Jafar ibn Abu Talib who was asked by the Negus of Abyssinia about the mission of the Messenger. He told him,

O king, we were an ignorant people, worshipping idols, eating carrion and indulging in sexual pleasures. We ridiculed our neighbors, a brother oppressed his brother, and the strong devoured the weak. At this time a man rose among us, who had already been known to be truthful, noble and honest. This man called us to Islam. And he taught us to give up worshipping stones, to speak the truth, to refrain from bloodshed, and not to defraud the orphans of their property. He taught us to provide comfort to our neighbors and not to bring a slander against chaste women. He enjoined upon us to offer prayers, observe fasts and give alms. We followed him, gave up polytheism and idolatry and refrained from all evil deeds. It is for this new way that our people have become hostile to us and compel us to return to our old misguided life.[1]

That generation, in turn, took the message to the rest of the world. They were clearly a people who were taken from darkness into light and to the straight path of God. When asked by the Emperor of Persia what brought the Muslims to their lands, two different Companions answered in similar terms: “God has sent us to take whoever wishes from the servitude of mankind to the servitude of God and from the tightness of this world to its expanse and from the injustice of the ways of life [in this world] to the justice of Islam.”[2]

During the lifetime of the Prophet one can see how these people were turned into a pious generation, fearing God and hoping for God’s reward. Even when they, as humans, slipped and committed sins, they eagerly repented and turned to God for His forgiveness. They would much rather face a severe penalty in this life, such as death, than face God with their sins on their hands. This can be seen in the cases of Maaiz ibn Maalik al-Aslami and the woman called al-Ghaamidiyah. Both of them came to the Prophet to admit that they had committed adultery and each asked the Prophet for the worldly retribution to erase their sins. In the case of al-Ghaamidiyah, the Prophet asked her to go back after her confession and to return to the Prophet after she had given birth. She came back with her child in her arms and asked the Prophet to purify her from her sins. The Prophet then asked her to return after she had weaned the child. Then she returned after some time and told the Prophet that the child was no longer in need of her breastfeeding. She once again asked for her expiation from her sin. Then, finally, the Prophet implemented the legal retribution as an expiation for her sin of adultery. The Prophet then praised her act of repentance.[3]

The effect of this change in the Companions continued long after the death of the Prophet. Note the following accounts of the Companions as they sought to spread the message of Islam to the rest of the world:

The sterling character and qualities of the Muslim soldiers were once praised by a Roman officer in these words: “At night you will find them prayerful; during the day you will find them fasting. They keep their promises, order good deeds, suppress evil and maintain complete equality among themselves.”

Another testified thus: “They are horsemen by day and ascetics by night. They pay for what they eat in territories under their occupation. They are first to salute when they arrive at a place and are valiant fighters who just wipe out the enemy.”

A third said: “During the night it seems that they do not belong to this world and have no other business than to pray, and during the day, when one sees them mounted on their horses, one feels that they have been doing nothing else all their lives. They are great archers and great lancers, yet they are so devoutly religious and remember God so much and so often that one can hardly hear talk about anything else in their company.”[4]

The benefits of the civilization developed upon the teachings of the Quran went well beyond the Muslim lands. Many are familiar with the Muslims’ influence on Europe and how Islamic influences eventually led to the Renaissance. The author of A History of the Intellectual Development of Europe, John Draper wrote, “Four years after the death of Justinian, A.D. 569, was born at Mecca, in Arabia, the man who, of all men, has exercised the greatest influence upon the human race.”[5] This work was quite an eye opener for me at the time of my conversion to Islam. Draper, writing in the 19th century, was very disappointed and seemingly angered that Muslims continually failed to receive their proper accolades for all that they contributed to European society and civilization. For instance, he writes "To these Saracens we are indebted for many of our personal comforts. Religiously cleanly, it was not possible for them to clothe, according to the fashion of the natives of Europe, in a garment unchanged till it dropped to pieces of itself, a loathsome mass of vermin, stench and rags... They taught us the use of the oft-changed and oft-washed under-garment of linen and cotton, which still passes among ladies under its old Arabic name...”[6]

Many scholars have recognized the importance of Islam and the Quran’s teachings for the betterment of humanity. The famous intellect George Bernard Shaw once stated,

“I have always held the religion of Muhammad in high estimation because of its wonderful vitality…  I have prophecied about the faith of Muhammad that it would be acceptable tomorrow as it is beginning to be acceptable to the Europe of today. Mediaeval ecclesiastics, either through ignorance or bigotry, painted Muhammadanism in the darkest colours. They were, in fact, trained to hate both the man Muhammad and his religion. To them Muhammad was anti-Christ. I have studied him, the wonderful man, and in my opinion far from being an anti-Christ he must be called the saviour of Humanity.[7]

[1]The translation of this statement was taken from Allama Shibli Numani, Sirat-un-Nabi (Lahore, Pakistan: Kazi Publications, 1979), p. 211. The incident was recorded by ibn Ishaq in al-Maghazi and Ahmad. And its chain is sahih according to al-Albaani. See al-Albaani's footnotes to Muhammad al-Ghazaali, Fiqh al-Seera (Qatar: Idaarah Ihyaa al-Turaath al-Islaami, n.d.), p. 126.

[3]The story of both Maaiz and al-Ghaamidiyyah are recorded by Muslim.

[5] Quoted in Islam—The First and Final Religion, p. 39. Of course, more recently, Michael H. Hart’s The 100: A Ranking of the Most Influential Persons in History put the Prophet Muhammad r number one among all the world’s influential leaders.

[6] Draper’s work is not available to me at the current time. Therefore, this quote was taken from Aslam Munjee, The Crusades: Then and Now (Arlington, VA: First Amendment Publishers, 2004), p. 3.

[7] “A Collection of Writings of Some of the Eminent Scholars,” published by the Woking Muslim Mission, 1935 edition, p. 77.  Quoted in Islam: The First & Final Religion (Karachi, Pakistan: Begum Aisha Bawany Waqf, 1978), p. 57. In reality, many non-Muslim, Western thinkers have had words of great praise for the religion of Islam, the Prophet Muhammad, may the mercy and blessings of God be upon him, or the Quran. The work just cited compiles numerous such quotes and is interesting reading.