The Miraculous Quran (part 6 of 11): The Excellence of its Teachings II

Description: The depictions of God and the Prophets in the Quran vs. the Bible and the Talmud. 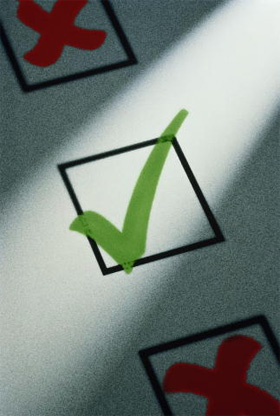 Furthermore, in the Talmud[1]—and some non-Muslim scholars, such as Rodinson, claimed that the Quranic material came from the Talmud—it  states that there was a dispute between God and the Jewish scholars.  After a lengthy debate with no resolution, they decided to refer the matter to one of the rabbis.  After the rabbi’s decision, God was forced to admit that He was mistaken.[2]  Thus, God, according to them, is not even perfect with respect to His knowledge.

The Christian conception of God and God having a son is, of course, completely blasphemous from an Islamic perspective.  I often wondered how there could have been a semi-human son of God or how Jesus in particular could be the son of God.  As Jesus is pictured in the New Testament, besides performing some miracles that earlier prophets performed, there is nothing special about him.  He lived like a human being, eating and drinking.  He suffered like a human and even prayed out to God.  The Romans and Jews[3] defeated God’s supposed son and he could not save himself, even crying out to his father.  Beyond that, there are also of the difficult questions encountered by Christians: was he partially divine and partially human, was he completely divine, he was completely human, was he divine since birth, was he divine at a time and then that divinity left him and so on.  In the Islamic conception of God, there is nothing of this nature whatsoever.  In fact, the Quran even denies the crucifixion—surely if the Prophet Muhammad, may the mercy and blessings of God be upon him, were simply copying from the Bible, he would have included that story.

In the Quran, on the other hand, God is depicted in such a way that one realizes that He is deserving of worship.  One feels gratitude to Him and hope in Him.  God truly becomes beloved to the individual as He understands more about Him via the Quran.  Some passages in the Quran describing God are noteworthy:

“God!  None has the right to be worshipped but He, the Ever Living, the One Who sustains and protects all that exists.  Neither slumber nor sleep overtakes Him.  To Him belongs whatever is in the heavens and whatever is on earth.  Who is he that can intercede with Him except with His Permission? He knows what happens to them (His creatures) in this world, and what will happen to them in the Hereafter.  And they will never compass anything of His Knowledge except that which He wills.  His Footstool extends over the heavens and the earth, and He feels no fatigue in guarding and preserving them.  And He is the Most High, the Most Great” (Quran 2:255).

By the way, even when describing the Prophets, many important, yet rather despicable, stories that are prominent in the Bible have been completely ignored in the Quran.  For example, Exodus 32:1-6 has the story of Aaron, the brother of Moses and one of the religious leaders of the tribe of Israel, making a golden calf as an idol for worship.[4] In 2 Samuel, chapter 11, verses 1-17, the leader of the Jewish people David, whom the Muslims consider a prophet, is shamelessly pictured as committing adultery, doing his best to conceal it and then doing his best to have the woman’s husband killed.[5] Solomon is also accused of committing idolatry simply out of love for his many wives.[6]

In addition, the Bible also claims the following: Jacob committed deceitful tricks towards his father Isaac.  The drunken Prophet Lot committed incest with his daughters.  Judas committed incest with his daughter in law.  Pharez and Zarah who were the result of that incest are honored as the great grandfathers and great grandmothers of Jesus.  Jesus is reported to have rebuffed his own mother when he said, “Woman, what have I to do with thee?”[7]

All of these stories are not found in the Quran and a Muslim does not believe such ignoble accusations concerning the noble prophets selected by God to guide humanity.

[1] The Talmud is, “An authoritative, influential compilation of rabbinic traditions and discussions about Jewish life and law.” Larousse Dictionary of Beliefs and Religions (Edinburgh: Larousse, 1995), p. 513.

[3] So that this author may not somehow perversely be accused of anti-Semitism, the following quote should be noted. Israel Shahak writes, “According to the Talmud, Jesus was executed by a proper rabbinical court for idolatry, inciting other Jews to idolatry and contempt of rabbinical authority. All classical Jewish sources which mention his execution are quite happy to take responsibility for it: in the Talmudic account the Romans are not even mentioned.” Israel Shahak, Jewish History, Jewish Religion: The Weight of Three Thousand Years (London: Pluto Press, 1997), pp. 97-98. He also wrote (pp. 20-21) about Jesus’ fate, “the Talmud states that his punishment in hell is to be immersed in boiling excrement.”

[4] The King James Version reads: 1 And when the people saw that Moses delayed to come down out of the mount, the people gathered themselves together unto Aaron, and said unto him, Up, make us gods, which shall go before us; for as for this Moses, the man that brought us up out of the land of Egypt, we wot not what is become of him. 2 And Aaron said unto them, Break off the golden earrings, which are in the ears of your wives, of your sons, and of your daughters, and bring them unto me. 3 And all the people brake off the golden earrings which were in their ears, and brought them unto Aaron. 4 And he received them at their hand, and fashioned it with a graving tool, after he had made it a molten calf: and they said, These be thy gods, O Israel, which brought thee up out of the land of Egypt. 5 And when Aaron saw it, he built an altar before it; and Aaron made proclamation, and said, To morrow is a feast to the LORD. 6And they rose up early on the morrow, and offered burnt offerings, and brought peace offerings; and the people sat down to eat and to drink, and rose up to play.

[5] The New International Version reads: 1 In the spring, at the time when kings go off to war, David sent Joab out with the king's men and the whole Israelite army. They destroyed the Ammonites and besieged Rabbah. But David remained in Jerusalem. 2 One evening David got up from his bed and walked around on the roof of the palace. From the roof he saw a woman bathing. The woman was very beautiful, 3 and David sent someone to find out about her. The man said, "Isn't this Bathsheba, the daughter of Eliam and the wife of Uriah the Hittite?" 4 Then David sent messengers to get her. She came to him, and he slept with her. (She had purified herself from her uncleanness.) Then she went back home. 5 The woman conceived and sent word to David, saying, "I am pregnant." 6 So David sent this word to Joab: "Send me Uriah the Hittite." And Joab sent him to David. 7 When Uriah came to him, David asked him how Joab was, how the soldiers were and how the war was going. 8 Then David said to Uriah, "Go down to your house and wash your feet." So Uriah left the palace, and a gift from the king was sent after him. 9 But Uriah slept at the entrance to the palace with all his master's servants and did not go down to his house. 10 When David was told, "Uriah did not go home," he asked him, "Haven't you just come from a distance? Why didn't you go home?" 11 Uriah said to David, "The ark and Israel and Judah are staying in tents, and my master Joab and my lord's men are camped in the open fields. How could I go to my house to eat and drink and lie with my wife? As surely as you live, I will not do such a thing!" 12 Then David said to him, "Stay here one more day, and tomorrow I will send you back." So Uriah remained in Jerusalem that day and the next. 13 At David's invitation, he ate and drank with him, and David made him drunk. But in the evening Uriah went out to sleep on his mat among his master's servants; he did not go home. 14 In the morning David wrote a letter to Joab and sent it with Uriah. 15 In it he wrote, "Put Uriah in the front line where the fighting is fiercest. Then withdraw from him so he will be struck down and die." 16 So while Joab had the city under siege, he put Uriah at a place where he knew the strongest defenders were. 17 When the men of the city came out and fought against Joab, some of the men in David's army fell; moreover, Uriah the Hittite died.

[6] I Kings, chapter 11, verses 1-10 of the New International Version reads: 1 King Solomon, however, loved many foreign women besides Pharaoh's daughter-- Moabites, Ammonites, Edomites, Sidonians and Hittites. 2 They were from nations about which the LORD had told the Israelites, "You must not intermarry with them, because they will surely turn your hearts after their gods." Nevertheless, Solomon held fast to them in love. 3 He had seven hundred wives of royal birth and three hundred concubines, and his wives led him astray. 4 As Solomon grew old, his wives turned his heart after other gods, and his heart was not fully devoted to the LORD his God, as the heart of David his father had been. 5 He followed Ashtoreth the goddess of the Sidonians, and Molech the detestable god of the Ammonites. 6 So Solomon did evil in the eyes of the LORD; he did not follow the LORD completely, as David his father had done. 7 On a hill east of Jerusalem, Solomon built a high place for Chemosh the detestable god of Moab, and for Molech the detestable god of the Ammonites. 8 He did the same for all his foreign wives, who burned incense and offered sacrifices to their gods. 9 The LORD became angry with Solomon because his heart had turned away from the LORD, the God of Israel, who had appeared to him twice. 10 Although he had forbidden Solomon to follow other gods, Solomon did not keep the LORD's command.