Description: What Islam says about dreams and dreaming. 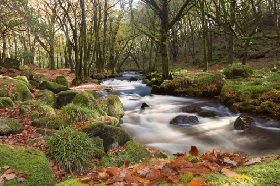 The Merriam Webster online Dictionary defines a dream as a series of thoughts, images, or emotions occurring during sleep.  Dreams and musing over their meanings and interpretations enrich our lives.  Dreams put us in touch with our deepest emotions; they enchant us and frighten us; they contain our most secret wishes and fears.  This is not a passing fad or a new age trend.  Dreams have been with humankind for countless generations and will no doubt be with us until the end of days.

Dreams most often portray events which are impossible or unlikely in physical reality, and are outside the control of the dreamer.  Many people report strong emotions while dreaming, and frightening or upsetting dreams are referred to as nightmares.

The history of dreams and their interpretations leads us back to ancient Egypt and it is said that the first written record of dream interpretation dates back to 1350 BCE.  Originally in Egypt dreams were thought to be part of the supernatural world.  They were thought to be messages sent during the night perhaps as an early warning device for disaster or good fortune.  For Muslims this is not surprising.  Chapter 12 of the Quran entitled “Joseph” begins with a dream, and ends with the dream’s interpretation.  At the time of Prophet Joseph, dreams and dream interpretation were very important, and this is clear throughout the story of Joseph.  Prophet Joseph is able to interpret dreams and Prophet Jacob (Joseph’s father), the companions of the prison and the King of Egypt all experience dreams.

We know that in ancient Egypt dreams were predominantly interpreted by the priest and that in the early Greek and roman eras dreams were thought of in a religious context, and it was not until the Hellenistic era of Aristotle that dreams were thought to have the ability to heal.  Dream interpreters aided doctors making their diagnosis.  There are many superstitions and beliefs that are associated with dreams.

For some Chinese, dreaming is  an actual place that the  soul visits every night and for this reason many people are wary of alarm clocks fearing that the soul will be awakened and not able to return to its body.  Some Native American tribes and Mexican civilizations share the same understanding of a dream dimension.

During the Middle Ages in Judeo-Christian societies dreams were thought of as evil, temptations from Satan.   Moving into the 19th century dreams were dismissed as symptoms of anxiety, that is, until Sigmund Freud reintroduced the notion of dreams having significance.   In the Muslim world however dreams were thought of a little differently.  In Pre-Islamic Arabic poetry there are frequent descriptions of shamanic dream visions of such things as ritual death and rebirth.  The role of the shaman (a person who claims to have access to and influence in the world of the supernatural) included  dream interpreter and poet, so it is little wonder that  Prophet Muhammad frequently repeated that he was not a poet.  The advent of Islam cleared up many misconceptions and incorrect practices that existed in Arab society not the least of which was the pervading attitude to dreams and their interpretation.

Islam says that dreams can be meaningful but the scholars have warned that not all dreams should be considered as such.  Renowned Islamic scholar Ibn Sirin, an expert on dream interpretation mentions in his classical book on the subject that dream interpretation is a difficult science and that scholars treat it with the upmost care.  Prophet Muhammad taught us about dreams, also with the upmost care, and he mentions dreams and dreaming often.

“Indeed the worst of lies is that of a person who falsely claims to have dream.” [1]

“Those of you with the truest dreams will be those who are most truthful in speech.”[3]

“If anyone of you has a dream that he likes then it is from Allah.  He should thank Allah for it and narrate it to others.”[4]

It is from Prophet Muhammad that we learn that dreams are of three types, known in Arabic as, Rahmani (from God), Nafsani (from the self) and Shaytani (from Satan).  He said, “Dreams are of three types: a dream from God; a dream which causes distress and which comes from Satan; and a dream which comes from what a person thinks about when he is awake, and he sees it when he is asleep.”[5] Prophet Muhammad continues to teach us about the significance of dreams quite pragmatically.

“If any one of you sees a dream that he dislikes, let him blow to his left three times[6], and seek refuge with God from Satan three times, and turn over from the side on which he was sleeping.”[7]

The importance of a dream is usually in direct proportion to the impression it makes on the dreamer.  Most dreams happen under normal circumstances and have no real value or need for interpretation.  They derive from our worldly experiences and activities, a person spoken about, a book read or TV program watched.  Other dreams are fantasies or illusions, playful and harmless.  And then there are the dreams that are prophetic, dreams that appear to predict the future.  These dreams cannot be readily understood unless a person has the necessary skills or knowledge.

In part 2 we will examine the science of dream interpretation.

[6] The “spitting” referred to here is a soft, dry spitting with no saliva ejected

Next: Dreams (part 2 of 2): Dream Interpretation