Christian Healing Miracles - An Expose (part 2 of 2): The Business of Healing 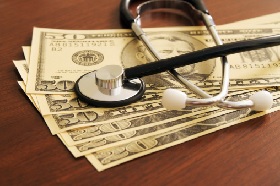 It seems that in the 21st century, for many of us – the spoiled century,  we are beset with trials and tribulations like never before , the poor are poorer, the sick are sicker, illnesses attack us when we are least expecting them and our immune systems are pushed to breaking point. Also more so than ever before people have access to faith healing miracles. Christians no longer need to seek out ministries in travelling tents; nowadays it is only a matter of turning on the TV or driving a short distance. There is even a drive through ministry that means you never have to leave your car!  But are these cures riddled with lies and deception? Let us take a look at today’s healing ministries. While faith healing occurs in many religions and in many parts of the world, the majority of our discussion will be focused on Christian faith healing in 21st century America.

Catie Caldwell the author of Modern American Faith Healers sums up the premise of faith healing ministries when she describes it as a system that, “attempts to merge two fields: the religious and the scientific.  This merging uses supernatural forces to produce a natural, physical result.  Faith healing is a charismatic movement that claims the 'spirit of God' is present and actively moving in the settings they create.  Participants claim to perform or experience 'modern-day miracles' equivalent to those performed by Jesus and his disciples in the writings of the New Testament.”

As Muslims we are comfortable with the fact that Jesus performed miracles, as a direct result of and by the permission of God. However our faith tells us that these miracles cannot be replicated today. God no longer sends us prophets because Prophet Muhammad is the final Prophet God has sent. This is not to say that God does not perform miracles; many of us consider that even the sun rising every day is a miracle.  And anyone who has ever given birth or attended a birth knows that they have witnessed a miracle in action. Now in the second decade of the 21st century we find the Christian world, particularly Middle America, populated with men who are in the business of healing. They call on what they term “special” God given powers for healing the sick and they make a lot of money.

In 2008 when Pastor Benny Hinn visited Australia for three shows, in 28 hours he returned to America $800,000 richer. After leaving Australia he travelled to New Zealand aboard his $36 million Gulfstream jet, as part of a 27-stop world tour expected to generate more than $10 million. A former Eastern Orthodox Palestinian, Hinn has caused much controversy for theological remarks and claims he has made during TV appearances. In 1999, Hinn claimed that God had given him a vision predicting the resurrection of thousands of dead people after watching his show.  He is also notable for mistaken prophecies relating to the end of days. In April 2001, HBO aired a documentary entitled A Question of Miracles that focused on Hinn  and the film’s director said, "If I had seen miracles (from Hinn's ministry), I would have been happy to trumpet it...but in retrospect, I think they do more damage to Christianity than the most committed atheist."[1]

Of course, faith healers do run the gamut from cynical con artists to well-intentioned but self-deluded believers. However, the turn of the century has spawned faith healing celebrities that can attract huge followings. At these revivals healing is not a process it is an instantaneous incident. In a typical faith healing ceremony the healer will lay his hands upon the sick and command them to be healed.  The “cured” individual is then presented to the audience as proof of a miracle.

The deaf can suddenly hear, the blind can see, the lame can walk and afflictions disappear. Bodies are transformed without any medical treatment whatsoever.  Negative results are always explained by attributing them to personal defects. When faith healings have been meticulously investigated by qualified people, no evidence of a cure has ever been found.  Even at Lourdes France, a grotto where sick people are miraculously healed by water,  the Catholic Church has only recognized 4 cures since 1978, out of  more than 5 million people who seek healing there every year. Unanimously medical science discredits all healings of this kind[2]; however medical science does acknowledge that people with religious faith often heal faster than those without. This is normally attributed to an overall attitude of hope and optimism. So you might say what is the danger? According to a number of sources the dangers are numerous.

Many tactics are used to deceive gullible people, including fake audience members and information fed through earphones. Some people do appear to be cured however their illnesses were in fact psychosomatic and the emotionally charged healing meetings are the perfect place to cure illnesses that are of psychological rather than physical origin. In addition to this many people are caught up in the euphoria of the moment and do indeed feel better, this is particularly true of conditions whose major symptom is pain. Other conditions would naturally heal whether or not the person attended a healing event.

On the other hand what happens to those who attend healing ministries filled with hope only to walk away without having been healed? People are hurt; physically and emotionally. There have been cases where people have stopped taking much needed medications to the severe detriment of their health.  The effect of not being healed can be terribly disillusioning and healers such as Hinn have deflected criticism by blaming the sick for not having enough faith.

On their website the American Cancer society states that “People who seek help through faith healing and are not cured may have feelings of hopelessness, failure, guilt, worthlessness, and depression. In some groups, the person may be told that his or her faith was not strong enough. The healer and others may hold the person responsible for the failure of their healing. This can alienate and discourage the person who is still sick”.

As Muslims, believers in the absolute and unchanging power of God alone, it might seem extraordinary that people across the Christian world could believe in such arrogant and financially focused men; however, the Christian experience warns us that belief in anything but the power of God is useless and dangerous. It is a warning to those of us who rely on amulets, charms or strange rituals to cure illnesses.  God does not want us to leave illnesses and injuries unattended, nor does He want us to pay unscrupulous people for magic potions and poisoned words.

Belief in and submission to the will of God is the most essential part of good health care.  The words and recitation of Quran can cure hearts and minds, as well as overcome illness and injury, however complete trust in God does not negate the healing effects of medication provided we use them only in lawful ways.  The Prophet said: “There is no disease that God Almighty has created, except that He also has created its treatment.”[3]