Principles of Self Development in Islam (part 2 of 3)

Description: Islam’s perspective on self development.  Part 2: The concept of answerability and self-purification. 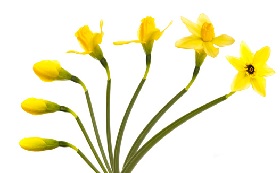 We regularly wash our hands before touching food because our hands come in contact with so many objects that may collect harmful germs from others touching the same objects.  We wash our clothes when they collect sweat and dirt from our own body and our surroundings.  We bathe and shower to keep our bodies clean to ascertain that we are in good physical health.  The same holds true for our minds, work must be done to ascertain that it remains in good health as well! So many things that we come in contact with can corrupt our minds.  We may see a person drawing satisfaction from hitting and humiliating another.  It leaves an impression on our minds and may later compel us do the same.  We see people achieve success through lying and cheating, and our minds may perceive this as an acceptable behavior particularly if these cheaters and liars are being propagated as role models.  A child may go through abuse from parents who are considered respectable in society and would be influenced to behave in that dysfunctional manner later on in life.

Both eyesight and hearing are indispensable for human learning and development.  They can propel us to unimagined heights of human excellence.  However, we must learn to use them properly.  Otherwise what we see and hear can influence us to regress and live a sub-human existence.

The process of purification of the mind is known in Islam as tazkiyyah.  A pre-requisite of engaging in tazkiyyah is to know that the human mind is prone to becoming corrupted.  The corruption may be attributed to acquired elements within oneself, or to external influences, or both.  However, the responsibility for any undesirable behavior rests with the person who commits it and not the person or the environment that caused it.  We all bear direct responsibility for our actions.  The legal system will make us answerable if we break a law, and God will make us answerable if we defy divine guidance.  One cannot use the excuse that the devil made me do it, or my boss made me do it, and so on.  If we are caught speeding on a roadway, we cannot be absolved simply because others were speeding and did not get caught.  God sees and hears everything.  Just as the speeding regulations are meant to save us from hurting ourselves as well as others, the divine guidance is simply for our own benefit.  The concept of answerability for one’s actions is called mas’uliyyah.  Success in purification of the mind, soul, or psyche requires recognition that the world can pollute the mind, the soul can corrupt itself via instigation, and desires can conspire to overwhelm one’s mind, and drive us into capriciousness or eccentricity.  Consider the following statement from the Quran:

Everyone is born with a soul that is pure, free of corruption or impurity.  The natural instinct or disposition of every human soul is to do what is right.  As one grows, the harmful messages through the eyes, hearing, touch, smell and other senses affect the purity of the human soul.  Therefore, every human experience must be scrutinized for its potential corrupting influences.  Reforming these corrupting influences, within the human mind, is called the process of purification or tazkiyyah.  The following statements in the Quran illuminate this concept:

“And [by] the soul and He who proportioned it.  And inspired it [with discernment of] its wickedness and its righteousness.  He has succeeded who purifies it.  And he has failed who instills it [with corruption].” (Quran 91:7-10)

“But as for him who feared standing before his Lord, and restrained himself from impure evil desires, and lusts.  Verily, Paradise will be his abode.” (Quran 79:40-41)

Despite the best efforts that one may make at purification of the mind, deviations are still possible.  We may make mistakes or commit sins.  What happens then?  A properly trained human mind possesses what is called a self-reproaching soul (nafs-e-lawwama).  It will react by an admission that something has gone wrong; it will accept the failing with humility, and it will engage the mind to reform itself accordingly.  On the other hand, someone who has a headstrong soul (nafs-e-ammara) will view such admissions as undignified, and over time they will be more prone to greater deviations in future.  A wrongful act if recognized with a thoughtful commitment to avoid repetition is an act of self-purification and proper human development.  On the contrary, a reckless disregard of such actions leads to further corruption of the soul and self-degeneration.