Description: A series of articles compelling the reader to ponder over the marvels of the Quran.  Part 7: Catholic Church’s opinion of the Quran and the falsification tests relate to both the past and the present. 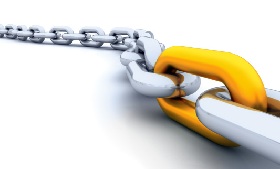 It is this very sort of thing - confronting people with facts - that had captured the attention of many non-Muslims.  In fact, there exists a very interesting reference concerning this subject in the New Catholic Encyclopedia.  In an article under the subject of the Quran, the Catholic Church states:

“Over the centuries, many theories have been offered as to the origin of the Quran...  Today no sensible man accepts any of these theories!!”

Now here is the age-old Catholic Church, which has been around for so many centuries, denying these futile attempts to explain away the Quran.

Indeed, the Quran is a problem for the Catholic Church.  It states that it is revelation, so they study it.  Certainly, they would love to find proof that it is not, but they cannot.  They cannot find a viable explanation.  But at least they are reasonably honest in their research and do not accept the first unsubstantiated interpretation which comes along.  The Church states that in fourteen centuries it has not yet been presented a sensible explanation.  At least it admits that the Quran is not an easy subject to dismiss.  Certainly, other people are much less honest.  They quickly say, “Oh, the Quran came from here.  The Quran came from there.” And they do not even examine the credibility of what they are stating most of the time.

Of course, such a statement by the Catholic Church leaves the everyday Christian in some difficulty.  It just may be that he has his own ideas as to the origin of the Quran, but as a single member of the Church, he cannot really act upon his own theory.  Such an action would be contrary to the obedience, allegiance and loyalty which the Church demands.  By virtue of his membership, he must accept what the Catholic Church declares without question and establish its teachings as part of his everyday routine.  So, in essence, if the Catholic Church as a whole is saying, “Do not listen to these unconfirmed reports about the Quran,” then what can be said about the Islamic point of view? If even non-Muslims are admitting that there is something to the Quran - something that has to be acknowledged - then why are people so stubborn and defensive and hostile when Muslims advance the very same theory? This is certainly something for those with a mind to contemplate - something to ponder for those of understanding!

Testimony of an Intellectual

Recently, the leading intellectual in the Catholic Church - a man by the name of Hans - studied the Quran and gave his opinion of what he had read.  This man has been around for some time, and he is highly respected in the Catholic Church, and after careful scrutiny, he reported his findings, concluding, “God has spoken to man through the man, Muhammad.”

Again this is a conclusion arrived at by a non-Muslim source - the very leading intellectual of the Catholic Church himself!

I do not think that the Pope agrees with him, but nonetheless, the opinion of such a noted, reputed public figure must carry some weight in defense of the Muslim position.  He must be applauded for facing the reality that the Quran is not something which can be easily pushed aside and that, in fact God is the source of these words.

As is evident from the aforementioned information, all of the possibilities have been exhausted, so the chance of finding another possibility of dismissing the Quran is nonexistent.

Burden of Proof on the Critic

If the book is not a revelation, then it is a deception; and if it is a deception, one must ask, “What is its origin? And where does it deceive us?” Indeed, the true answers to these questions shed light on the Quran’s authenticity and silence the bitter unsubstantiated claims of the unbelievers.

Certainly, if people are going to insist that the Quran is a deception, then they must bring forth evidence to support such a claim.  The burden of proof is on them, not us! One is never supposed to advance a theory without sufficient corroborating facts; so I say to them, “Show me one deception! Show me where the Quran deceives me! Show me; otherwise don’t say that it is a deception!”

Origin of the Universe and Life

An interesting characteristic of the Quran is how it deals with surprising phenomena which relate not only to the past but to modern times as well.  In essence, the Quran is not an old problem.  It is still a problem even today - a problem to the non-Muslims that is.  For everyday, every week, every year brings more and more evidence that the Quran is a force to be contended with - that its authenticity is no longer to be challenged! For example, one verse in the Quran (Surah al-Anbiya 21:30) reads:

“Do not the unbelievers see that the heavens and the earth were joined together, then We clove them asunder, and made from water every living thing? Will they not then believe?”

Ironically, this very information is exactly what they awarded the 1973 Noble Prize for - to a couple of unbelievers.

The Quran reveals the origin of the universe - how it began from one piece - and mankind continues to verify this revelation, even up to now.  Additionally, the fact that all life originated from water would not have been an easy thing to convince people of fourteen centuries ago.  Indeed, if 1400 years ago you had stood in the desert and told someone, “All of this, you see (pointing to yourself), is made up of mostly water,” no one would have believed you.  Proof of that was not available until the invention of the microscope.  They had to wait to find out that cytoplasm, the basic substance of the cell, is made-up of 80% water.  Nonetheless, the evidence did come, and once again the Quran stood the test of time.

In reference to the falsification tests mentioned earlier, it is interesting to note that they, too, relate to both the past and the present.  Some of them were used as illustrations of God’s omnipotence and knowledge, while others continue to stand as challenges to the present day.  An example of the former is the statement made in the Quran about Abu Lahab.  It clearly illustrates that God, the Knower of the Unseen, knew that Abu Lahab would never change his ways and accept Islam.  Thus God dictated that he would be condemned to the Hellfire forever.  Such a chapter was both an illustration of God’s divine wisdom and a warning to those who were like Abu Lahab.

People of the Book

An interesting example of the latter type of falsification tests contained in the Quran is the verse which mentions the relationship between the Muslims and the Jews.  The verse is careful not to narrow its scope to the relationship between individual members of each religion, but rather, it summarizes the relationship between the two groups of people as a whole.  In essence, the Quran states that the Christians will always treat the Muslims better than the Jews will treat the Muslims.  Indeed, the full impact of such a statement can only be felt after careful consideration of the real meaning of such a verse.  It is true that many Christians and many Jews have become Muslims, but as a whole, the Jewish community has clearly shown its hostility to Islam.  Additionally, very few people realize what such an open declaration in the Quran invites.  In essence, it is an easy chance for the Jews to prove that the Quran is false - that it is not a divine revelation.  All they have to do is organize themselves, treat the Muslims nicely for a few years and then say, “Now what does your holy book say about who are your best friends in the world - the Jews or the Christians? Look what we Jews have done for you!”

That is all they have to do to disprove the Quran’s authenticity, yet they have not done it in 1400 years.  But, as always, the offer still stands open!