Conversations in Paradise and Hell (part 2 of 3): Dialogues and Discussions

Description: More conversations that will take place between and amongst the people of Paradise and the dwellers of the Hellfire 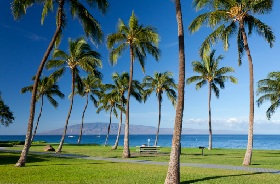 The dialogue that takes place between the people of Paradise and the people whose abode is the Hellfire is mentioned in several places in the Quran.  When we read and ponder over these verses it is incumbent upon us to reflect and try to learn something from the despair of those who face the horrors of hell.  We should taste their fear and learn from their mistakes.  Reading about them in the Quran allows us to experience something of their pain but it also allows us to see how easily we can avoid this destination.

In Paradise they will ask one another about the guilty (polytheists, criminals, and disbelievers), (and they will ask them), “What has caused you to enter Hell?”  They will say: “We were not of those who used to offer the prayer, nor did we feed the poor; and we used to talk falsehood (all that which God hated) with vain talkers and we used to belie the Day of Recompense, until there came to us (the death) that is certain.” (Quran 74:40-47)

The dwellers of Hell will call out to the dwellers of Paradise: “Throw down some water to us, or some of what Allah has provided you with.” They will say: “God has forbidden them to the disbelievers.” (Quran 7: 50)

It is clear that the suffering of those in Hell is increased by them being able to see and hear the blessings bestowed upon the dwellers of Paradise.

Conversations the dwellers of Paradise have between themselves

The Words of God, in the Quran, tell us that the dwellers of Paradise will ask each other about their past lives.

“And they will approach one another, inquiring of each other. They will say, “Aforetime we were afraid with our families [of the punishment of God], but God has been gracious to us, and has saved us from the torment of the Fire.” (Quran 52:25-27)

The majority of verses describing the conversations amongst the people of Paradise confirm that they will continue their righteous behaviour by praising and thanking God for the blessings He has bestowed upon them.  Although they had believed the promise of God to be true and thus behaved accordingly, the supreme magnificence of Paradise overwhelms them with gratitude.

And they will say: “All the praises and thanks be to God Who has removed from us (all) grief.  Verily, our Lord is indeed Oft-Forgiving, Most Ready to appreciate (good deeds and to recompense).   Who, out of His Grace, has lodged us in a home that will last forever, where toil will touch us not nor weariness will touch us.” (Quran 35:34-35)

And they will say: “All the praises and thanks be to God Who has fulfilled His Promise to us and has made us inherit (this) land.  We can dwell in Paradise where we will; how excellent is the reward of those who labour!” (Quran 39:74)

Conversations the People of the Hellfire have amongst themselves

When the people destined to spend eternity in the Hellfire have been herded into the fire, they will be shocked that the people or idols they had trusted and followed are not able to help them.  The leaders, who are called the arrogant in the Quran, admit to their weaker followers that they were themselves astray.   Thus anyone who followed them, followed them into a life bereft of mercy.

And they will turn on one another accusingly.  They will say: “You came to us from a position of power [i.e.  ordered us with polytheism, and stopped us from the truth].” They will reply: “No! It was you who would not believe - we had no authority over you - and you were already exceeding all limits.  Our Lord’s sentence on us is just and we must all taste the punishment.  We led you astray as we ourselves were astray.” (Quran 37:27-32)

And they all shall appear before Allah (on the Day of Resurrection); then the weak will say to those who were arrogant, “Verily, we were following you; can you avail us anything against God’s Torment?” They will say: “Had God guided us, we would have guided you.  It makes no difference to us (now) whether we rage, or bear (these torments) with patience; there is no place of refuge for us.” (Quran 14:21)

And when the matter is decided, that is the matter of who is destined for Paradise and who is destined for Hell, the Hellfire’s most infamous, notorious occupant, Satan himself will reveal a great truth.  It is a truth and scenario that God revealed to us in the Quran, but one that many people did not take seriously.  That he, Satan, was a liar.  Satan’s promises were never going to be fulfilled, his promises were empty and he himself believed in God.

And Satan will say when the matter has been decided: “Verily, God promised you a promise of truth.  And I too promised you, but I betrayed you.  I had no authority over you except to call you, and you responded to my call.  So do not blame me but blame yourselves.  I cannot help you, nor can you help me.  I deny your former act in associating me (Satan) as a partner with God (by obeying me in the life of the world).  Verily, there is a painful torment for the wrong-doers.” (Quran 14:22)