Conversations in Paradise and Hell (part 1 of 3): Talking to Angels

Description: What our lifelong companions will say to us as we enter our eternal abode. 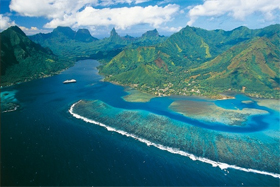 We begin with a new series of articles about the conversations that take place in Paradise and Hell.  It is hoped, that by reminding ourselves of what has been described to us of Paradise/the Heavenly Gardens and Hell, we will be able to experience and imagine the events that will take place when we come face to face with our abode in the Hereafter.

Why does God give us insight into these conversations?  The Quran is filled with not just descriptions of the Heavenly Gardens and Hell, but conversations, dialogues, discourses and intellectual discussions.  When similar scenarios are repeated over and over it is an indication that God is saying, “pay attention!”  It is therefore incumbent upon us to do just that - pay careful attention, with either hope for the blissful abode known as the Heavenly Gardens or seek to protect ourselves from the fires of Hell.  Information is repeated over and over in order to make us think long and hard.

Angels dwell amongst human beings from our beginning until the very end.  They are responsible for breathing the souls into the foetuses, they record our good and bad deeds and they extract the souls from our bodies at the point of death.  As we enter our eternal abode, our afterlife, they are with us and we will be able to converse with them.

The People of the Heavenly Gardens

The eternal abode of those who have lived their lives with patience in the face of adversity, and strived to be righteous through times of difficulty and ease, is the eternal, Heavenly Gardens known as Jannah.  When the people who will spend eternity in the Heavenly Gardens enter into their new home the angels will greet them.  These are the gatekeepers of the Heavenly Gardens and they will say, “enter here in peace, because of your patience!”  The Heavenly Gardens is a place of eternal serenity and total satisfaction.

And those who kept their duty to their Lord will be led to the Heavenly Gardens in groups, till, when they reach it, and its gates will be opened (before their arrival for their reception) and its keepers will say: Salamun ‘Alaikum (peace be upon you)! You have done well, so enter here to abide therein.” (Quran 39:73)

All sense of injury or pain will be removed from their hearts.  They will reply to the angels by praising God, and the conversation continues.

“…All the praises and thanks be to God, Who has guided us to this, and never could we have found guidance, were it not that God had guided us! Indeed, the Messengers of our Lord did come with the truth.” And it will be cried out to them: “This is the the Heavenly Gardens which you have inherited for what you used to do.” (Quran 7:43)

The people of the Hell fire

The conversations that will take place between the people of the Hellfire and the angels will be entirely different.  The dwellers of the Hellfire will be having an entirely different experience.  Instead of waiting eagerly to be entered into their eternal abode the people destined for Hell will have to be herded and dragged by the angels in charge of the fire.  As the bereft people are cast into it the angels will say, “Didn’t a warner come to you?”

It almost bursts up with fury.  Every time a group is cast therein, its keeper will ask: “Did no warner come to you?” They will say: “Yes, indeed a warner did come to us, but we belied him and said: ‘Allah never sent down anything (of revelation); you are only in great error.’“ And they will say: “Had we but listened or used our intelligence, we would not have been among the dwellers of the blazing Fire!” (Quran 67:8-10)

This however was not the first time these dwellers of the fire carried on a conversation with the angels.  When the angel of death and his assistants gather to remove the souls of such people they ask pointedly, where are those you worshipped besides God? Because at this stage of a person’s life his idols are conspicuously absent.

…when Our Messengers (the angel of death and his assistants) come to them to take their souls, they (the angels) will say: “Where are those whom you used to invoke and worship besides God,” they will reply, “They have vanished and deserted us.” And they will bear witness against themselves, that they were disbelievers.  (Quran 7:37)

After some period of time the dwellers of the Hellfire begin to lose all hope.  They have been calling out to God but receive no response, so they begin to beg the angels, the gatekeepers.  Call on your Lord they say, ask Him to lighten our punishment.   The angels respond with words that increase their disappointment.

And those in the Fire will say to the keepers (angels) of Hell: “Call upon your Lord to lighten for us the torment for a day!”They will say: “Did there not come to you, your Messengers with (clear) evidence (and signs)?” They will say: “Yes.” They will reply: “Then call (as you like)! … (Quran 40:49-50)

Next: Conversations in Paradise and Hell (part 2 of 3): Dialogues and Discussions

Salamualaikum. Alhamdulilah i have read and understand, may Allah continue to guide us till the day we will be told salamuallaikum into the garden.