Sorcery in Islam (part 1 of 2): Serious sins that endanger a person’s hereafter

Description: What does Islam say about sorcery? 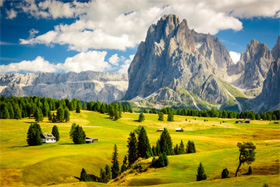 Islam’s position on sorcery for both the one who practices magic and the one who believes in sorcery can be summed up in just one sentence.  Sorcery is absolutely forbidden.  However, let us try to discover why Islam forbids it.  Remembering that Islam is a way of life, not just a set of beliefs that people may or may not practice, we find that sorcery is forbidden because of the damage it can do to individuals, families and the community.

Since the dawn of time, human beings have been fascinated by sorcery in all its forms.  They have been mystified and awe inspired and often times unaware of the dangers inherent in sorcery.  Sorcery is known in Arabic as sihr and it is one of the tricks that Satan uses to lead humankind astray.  It is for this reason Islam warns against magic.  God warns against it in the Quran.

“And indeed they knew that the buyers of it (magic) would have no share in the Hereafter.  And how bad indeed was that for which they sold their own selves, if they but knew.” (Quran 2:102)

Sorcery is performed with the aid of the Jinn[1], whose help is attained when the sorcerer or sorceress does acts of disbelief and worships the Jinn and Satan.  Thus they take the Jinn and Satan as lords besides God.  Once the Jinn are pleased with the sorcerer or sorceress, they will do what they ask them.  Renowned Islamic scholar of the 20th century Sheikh Ibn Baz, may God have mercy on him, said, “Sihr  (sorcery) is a word referring to something hidden.  It is real and there are kinds of witchcraft that may affect people psychologically and physically, so that they become sick and die, or husbands and wives are separated.  It is a devilish action, most of which is only achieved by means of associating others with God and drawing close to the minions of Satan”.

Prophet Muhammad, may the mercy and blessings of God be upon him, counseled his followers to avoid the seven destructive sins.  “Making anyone or anything a partner with God; practicing sorcery; killing a living being without justification whose life has been declared sacred by Allah; practicing usury; misappropriating the property of an orphan; running away in a battle; and slandering chaste, innocent, believing women.”[2]

During the lifetime of Prophet Muhammad one of the most popular forms of sorcery was to tie knots in a rope and then recite incantations over knots, thus bewitching or harming another person.  This is mentioned in the second to last chapter of the Quran where we are encouraged to seek refuge from this evil.  “And from the evil of those who practise witchcraft when they blow on knots.” (Quran 113:4)

This form of sorcery was done to Prophet Muhammad but God did not allow it to cause him any harm. An evil man cast a spell on Prophet Muhammad using a hair that was caught in a comb along with a few fibers of a date palm. After the spell was cast the Prophet began to imagine that he had sexual relations with one of his wives when he had in fact not done so; The affect of the spell was limited and it did not in any way interfere with his responsibility of conveying the Divine Message.  His beloved wife Aisha narrates that, “One day he (Prophet Muhammad) made supplication to God and then he said, “Do you know that God has shown me where my cure is?  Two men came to me and one of them sat at my head and the other at my feet.  One of them said to the other, ‘What is ailing the man?’ He said: ‘He has been bewitched.’ He said, “who has bewitched him?’ He said: ‘Labeed ibn al-A’sam.’ He said, ‘With what?’ He said, ‘With a comb, a hair that was caught onto it, and the fiber of a male date palm.  He said, ‘Where is it?’ He said, ‘In the well of Dharwaan.’”  He went to the well, came back and said, “Its date palms are like the heads of devils.” I said: “Did you take it out?” He said: “No.  God has healed me, and I feared that that might bring evil upon the people.” Then the well was filled in.  [3]  Prophet Muhammad again warns his followers about the dangers of magic (sorcery or witchcraft) when he states that, "Whoever ties a knot and then says incantations over it has committed sorcery and whoever commits sorcery has associated partners with God and whoever relies on something (other than God) will be turned over to it." [4]

Another form of sorcery that is extremely popular nowadays is listening to predictions made by fortune tellers and consulting horoscopes.  It is worth remembering what Prophet Muhammad said about these forms of sorcery, “Whoever goes to a fortune-teller and asks him about something, his prayer will not be accepted for forty days.” [5]  This does not mean that a person is exempt from the prayer it means he will gain no reward from his prayer.

“Whoever goes to a fortune-teller or soothsayer and believes what he says has disbelieved in that which was revealed to Muhammad.” [6]

“He does not belong to us who believes in good or ill omens or asks others to give their views on good or ill fortune based on the motion of worldly objects, or who seeks divination or who has that done for him, or who practices witchcraft or has that done for him.  Whoever goes to a soothsayer and believes what he says has disbelieved in that which was revealed to Muhammad.”[7]

Sorcery, sihr in Arabic, which includes witchcraft, fortune telling of any kind, astrology or divination is strictly forbidden in Islam.  In all cases it involves dealing with the unseen and in most cases it involves ascribing partners with God.  These are both very serious sins and will at the very least involve the person, who either practices or believes in sorcery, in behaviour that may lead to his or her eternal downfall.

In the second article we will discuss cures for sorcery.  What to do if one is affected by sorcery or if one want to protect oneself  from the evil effects of sorcery.

[1] To learn more about the Jinn, please see: (http://www.islamreligion.com/articles/669/viewall/)