Anger management in Islam (part 1 of 2): Controlling Anger is a sign of Righteousness

Description: Outbursts of rage are not from the teachings of Islam.  Anger must be managed in an acceptable way. 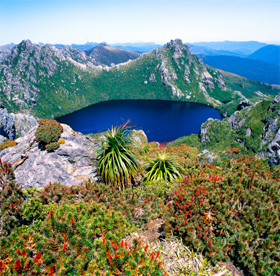 Although anger is a natural feeling it can have negative effects on those who allow it to control them, and adverse effects on those around them.  Anger can destroy relationships, health, property, and livelihood.  Uncontrolled anger is one of the tools of Satan and it can lead to many evils and tragedies.  For this reason Islam has a great deal to say about the emotion of anger.

Because anger is often associated with ‘fight or flight responses’, it is often difficult to separate an action that is done in self-defence (or to protect properties or families) from one that is done out of uncontrolled rage.   It is ok to feel anger but it is not acceptable when a person allows it to overtake him and drive him to act in an unacceptable way, sometimes even leading to murder and mayhem.  The story of an event in the life of one of Prophet Muhammad’s companions, his son-in-law Ali, demonstrates the difference.

Ali ibn Abi Talib was once fighting in a war, when the leader of the non-Muslim army attacked him.  During the confrontation, Ali managed to overcome him and was on the verge of killing him, when his opponent spat in Ali’s face.  Ali immediately stepped back and left the man alone.  The man said, “You could have killed me, why did you stop? Ali answered, “I have no personal animosity toward you.  I was fighting you because of your disbelief in and rebellion against God.  If I had killed you after you spat in my face, it would have been because of my personal anger and desire for revenge, which I do not wish to take.”

The Prophet once asked his Companions, “Whom among you do you consider a strong man?” They replied, “The one who can defeat so-and-so in a wrestling contest.” He said, “That is not so; a strong man is the one who can control himself when he is angry”.[1]

As always if a person is unsure about how to act in any situation he need only look to Prophet Muhammad or our righteous predecessors to find the best way to act.  Prophet Muhammad was known as a man who could and would even under dire circumstances control his anger.  One day the Prophet was attacked by a Bedouin, who seized him roughly by the edge of his cloak, the marks left on his neck could be seen by his companions.  The Bedouin demanded Prophet Muhammad give him some of the wealth.  The Prophet (who had every right to be angry) turned to him and smiled, then ordered that he (the Bedouin) should be given something agreeable to him.[2]

We can also follow the example of the Prophet by making our anger for the sake of God, when His rights are violated.  This is the kind of controlled anger which is praiseworthy.  Prophet Muhammad became angry when he was told about the imam who was putting people off the prayer by making it too long, when he saw a curtain with pictures of animate creatures, and when he was asked questions that he disliked.  However his anger was purely for the sake of God, he did not fly off the handle, rant and rave, or make people fear to be in his presence.

When Prophet Mohammad became angry due to someone’s incorrect actions or their words, he never expressed it with his hand and used only mild words.  In fact those that did not know him well did not even suspect that he was angry.  His companions however, knew that he was angry by just looking at him; his face would turn red and his forehead would be beaded with sweat.  However rather than expressing his anger openly he would be quiet, using those first moments to control himself.

“And march forth in the way (which leads to) forgiveness from your Lord, and for Paradise as wide as the heavens and the earth, prepared for the pious.  Those who spend (in God’s Cause) in prosperity and in adversity, who repress anger, and who pardon the people; verily, God loves the good-doers.”(Quran 3:133-134)

“So whatever you have been given is but (a passing) enjoyment for this worldly life, but that which is with God (Paradise) is better and more lasting for those who believe and put their trust in their Lord.  And those who avoid the greater sins, and illegal sexual intercourse, and when they are angry, they forgive.” (Quran 42:36 & 37)

Anger is a very natural human emotion; it is also very powerful and can vary in intensity from mild irritation to intense fury and rage.  The latter can be destructive.  It can rage through a person, creating a desire for revenge and pushing a person to strike out at the object of his anger.  Because it is natural it is impossible for a person to avoid it completely.  It is however possible to understand anger and thus control it.

When a person becomes angry, whether as a result of provocation or not, he has the choice to control his anger by responding to it in a way sanctioned by the Quran and the traditions of Prophet Muhammad or he could give in to the wave of emotion and behave in a way that displeases God but delights Satan.

In the era when it appears that Islam is being denigrated all over the globe many Muslims are letting their anger get the better of them.  Yes it hurts to have our religion and our beloved prophet abused and vilified, but as believers we should not let our emotions dictate our actions.  Actions are to be based on divine knowledge and wisdom.  We cannot completely stop those who tarnish Islam with their lies and deception but we can control ourselves, educate the masses, and take other positive steps legislated by Islam.

In part 2 we will look at examples of how to behave when angry, taken from the Quran and the traditions of Prophet Muhammad.

Next: Anger management in Islam (part 2 of 2): Islam offers several methods to overcome anger and rage

a lovely document, jazzak Allah for this