Description: The first of a two-part article discussing the true role of Jesus.  Part 1: Discusses whether Jesus called himself God, Jesus referred to as Lord and the nature of Jesus. 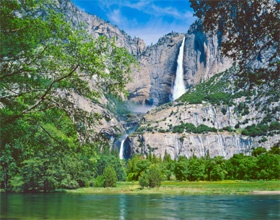 Jesus is a figure who is loved and revered by billions of people the world over.  Yet there is so much confusion surrounding the status of this colossal personality.  Muslims and Christians both hold Jesus in high regard but view him in very different ways.

The questions raised in this article aim to get to the heart of the issues surrounding Jesus: Is Jesus God? Or was he sent by God? Who was the real historical Jesus?

Some ambiguous verses of the Bible can be applied erroneously to show that Jesus is in some way divine.  But if we look at the clear, direct verses of the Bible, we see again and again that Jesus is being referred to as an extraordinary human being and nothing more.  What emerges, when we consider the historical and logical facts about Jesus’ life, is conclusive proof not only that Jesus cannot be God, but that he never claimed to be either.

What follows are five lines of reasoning which clarify this subject for us through the Bible itself and thereby allow us to discover the real Jesus.

The Bible (in spite of being changed and adulterated over time) contains many verses in which Jesus speaks of God as a separate person to himself.  Here are just a few of them:

In another instance he says: “I can’t do anything by myself.  Whatever I hear, I judge, and my judgment is just.  I don’t seek my own will but the will of the one who sent me.” [John 5:30]

Jesus speaks of God as a separate being to himself: I’m going up to my Father and your Father, to my God and your God.  [John 20:17]
In this verse he affirms that he was sent by God: This is eternal life: to know you, the only true God, and Jesus Christ whom you sent.  [John 17:3]

If Jesus was God he would have told people to worship him, but he did the opposite and disapproved anyone worshipping him: And in vain they worship Me [Matthew 15:9]

If Jesus claimed to be God than there should be hundreds of verses in the Bible which would have mentioned it.  But there is not a single verse in the entire Bible in which Jesus says I am God, worship me.

Jesus is sometimes referred to as ‘Lord’ in the Bible and at other times as ‘Son of God’.  God is called the ‘Father’, so putting these names together it could be claimed that Jesus is the son of God.  But if we look at each of these titles in context we will find that they are symbolic and not to be taken literally.

‘Son of God’ is a term used in ancient Hebrew for a righteous person.  God calls Israel his ‘son’: This is what the LORD says: Israel is my oldest son.[Exodus 4:22].  Also, David is called the ‘Son of God’: The LORD has said to Me, ‘You are My Son, Today I have begotten You.’ [Psalm 2:7].  In fact anyone who is righteous is referred to as God’s ‘son’: All who are led by God’s Spirit are God’s sons and daughters.  [Romans 8:14].

In the same way, when the word ‘Father’ is used to refer to God it shouldn’t be taken literally.  Instead it’s a way of saying God is the creator, sustainer, cherisher etc.  There are many verses for us to understand this symbolic meaning of the word ‘Father’, for example: one God and Father of all.  [Ephesians 4:6].

Jesus is sometimes called ‘Lord’ by the disciples.  ‘Lord’ is a term used for God and also for people who are held in high esteem.  There are many examples of the word ‘Lord’ being used for people in the Bible: So they (Joseph’s brothers) went up to Joseph’s steward and spoke to him at the entrance to the house.  “We beg your pardon, our lord,” they said.  [Genesis 43:19-20].  Also, in other parts of the Bible, Jesus is even called a ‘servant’ of God by the disciples: the God of our fathers, has glorified his servant Jesus.  [Acts 3:13].  This clearly shows that when ‘Lord’ is used to refer to Jesus, it is a title of respect not of divinity.

The nature of Jesus was totally different to that of God.  There are many parts of the Bible that highlight this difference in nature:

God is All-Knowing but Jesus by his own admission was not All-Knowing.  This can be seen in the following passage when Jesus says “But nobody knows when that day or hour will come, not the heavenly angels and not the Son.  Only the Father knows.” [Matthew 24:36]

God is independent and he doesn’t need sleep, food or water.  Jesus however ate, drank, slept and depended on God: As the living Father sent me, and I live because of the Father.  [John 6:57].  Another sign of Jesus’ dependence on God is that he prayed to God: Going a little farther, he (Jesus) fell with his face to the ground and prayed [Matthew 26:39].  This shows that Jesus himself sought help from God.  God, being the one who answers prayers does not need to pray to anyone.  Also, Jesus said: I am going to the Father, because the Father is greater than me.  [John 14:28].

The Bible is clear that God is unseen and is not a man: for no one may see me and live.  [Exodus 33:20], God is not a man [Numbers 23:19].  Jesus on the other hand was a man who was seen by thousands of people, so he could not be God.  Furthermore, the Bible makes it clear that God is too great to be inside his creation: But how could God possibly live on earth with people? If heaven, even the highest heaven, can’t contain you [2 Chronicles 6:18].  According to this verse Jesus cannot be God living on the earth.

Also the Bible calls Jesus a Prophet [Matthew 21:10-11], so how could Jesus be God and be God’s Prophet at the same time? That wouldn’t make sense.

Additionally the Bible informs us that God does not change: I the Lord do not change.  [Malachi 3:6:].  Jesus however went through many changes in his life such as age, height, weight etc.

These are just some of the proofs within the Bible, which make it clear that the nature of Jesus and God is completely different.  Some people may claim that Jesus had both a human and a divine nature.  This is a claim that Jesus never made, and is in clear contradiction to the Bible which maintains that God has one nature.