The Beauties of Islam (part 3 of 3): God Loves Beauty

Description: The third and final part of The Beauties of Islam.  We have chosen ten beauties from among literally hundreds, what others have you discovered?

8.   The Equality of men and women 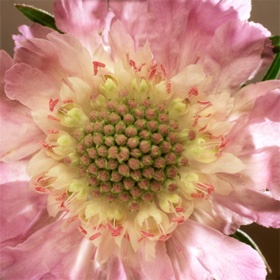 Quran states that all believers are equal and that only righteous deeds elevate one person above another.  Believers therefore have an immense respect for pious men and women and Islamic history also tells us that both men and women served and showed righteousness in all areas.  A woman, like a man, is obligated to worship God and fulfill the duties upon her.  It is thus required that every woman testify that there is none deserving worship but God, and that Muhammad, may the mercy and blessings of God be upon him,  is His Messenger; to pray; to give charity; to fast; and to perform the pilgrimage to God’s House if she has the means and ability to do so.  It is also required that every woman to believe in God, His angels, His scriptures, His Messengers, the Last Day, and to believe in God’s decree.  It is also required that every woman worship God as if she sees Him.

“And whoever does righteous good deeds, male or female, and is a (true) believer in the Oneness of God such will enter Paradise and not the least injustice, even to the size of a speck on the back of a date-stone, will be done to them.” (Quran 4:124)

Islam however recognizes that equality does not mean that men and women are the same.  It takes into account their differences in physiology, nature and temperament. It is not a question of superiority or inferiority, rather a question of natural abilities and having different roles in life. The laws of Islam are just and fair and take these aspects into consideration. Men have been assigned the duty to work and provide for their family and women have been assigned the role of motherhood and homemaking.  Islam states however that that the roles are not exclusive nor are they inflexible.  Women can work or serve society and men are able to take responsibility for their children or their household.  It is interesting to note that where women choose to work the money they earn is their own however a man must provide financially for the whole family.

9.   Humankind is able to regret past actions and reform

Muslims believe that all members of humankind are able to reform; in addition they believe that the possibility of successful reform is greater than the probability of failure.  This belief is derived from the fact that God has given humankind the means to reform, not once but over and over again right up until close to the Day of Judgement.  God sent Messengers and Prophets to each and every nation.  Some we know from the Quran and the traditions of Prophet Muhammad, others are known only to God.

“And for every community or nation there is a Messenger; when their Messenger comes, the matter will be judged between them with justice, and they will not be wronged.” (Quran 10:47)

God does not hold any person responsible until he has been clearly shown the right way.

At the same time we are responsible to search for the truth and upon finding it we should accept it and reform our lives accordingly. The past bad actions can be left behind. There is no sin that cannot be forgiven!

“Say, 'O My servants who have transgressed against themselves [by sinning], do not despair of the mercy of God. Indeed, God forgives all sins. Indeed, it is He who is the Forgiving, the Merciful.'” (Quran 39:53)

A person should take advantage of God’s mercy by sincerely repenting for the past or if one is not a believer, by converting to the religion of Islam. Every person must work towards his salvation by combining faith, belief and action.

Prophet Muhammad said,  “No one will enter Paradise who has an ant’s weight of pride in his heart.” A man said, “What if a man likes his clothes to look good and his shoes to look good?” He said, “God is beautiful and loves beauty.  Pride means denying the truth and looking down on people.” [1]

Beauty is the opposite of ugliness.  The beauty that exists in creation attests to God’s beauty as well as His power.  He who created beauty is the most entitled to beauty.  And indeed Paradise is adorned with beauty beyond imagining. God is beautiful and this is why the greatest of all pleasures in Paradise is to look upon God’s Face.  God says,

He refers to His names as being the Most Beautiful:

Noted Islamic scholar Ibn al-Qayyim, may Allah have mercy on him, had the following to say about beauty in Islam:

“God is to be acknowledged for beauty that bears no resemblance to anything else, and He is to be worshipped by means of the beauty which He loves in words, deeds and attitudes.  He loves His slaves to beautify their tongues with the truth, to beautify their hearts with sincere devotion, love, repentance and trust in Him, to beautify their faculties with obedience, and to beautify their bodies by showing His blessings upon them in their clothing and by keeping them pure and free of any filth, dirt or impurity, by removing the hairs which should be removed, by circumcision, and by clipping the nails.  Thus they recognize God through these qualities of beauty and seek to draw close to Him through beautiful words, deeds and attitudes.  They acknowledge Him for the beauty which is His attribute and they worship Him through the beauty which He has prescribed and His religion.”[2]

Previous: The Beauties of Islam (part 2 of 3): Islam is beautified by peace, love and respect

I loved all the points you highlited about islam. I actually used your information on my page on twitter. Jazakom allah khairan

On Allah let all men of faith put their trust.