Omar Ibn Abdul Aziz (part 2 of 2): Greed does not surrender to faith 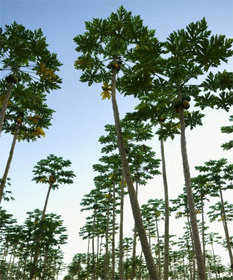 Omar Ibn Abdul Aziz became known as a rightly guided Caliph of the Islamic nation because of his similarity to the Rightly Guided Caliphs. The Rightly Guided Caliphs learned their practice of Islam straight from Prophet Muhammad, may the mercy and blessings of God be upon him, and kept strictly to the guidelines of the Quran and the authentic traditions of Prophet Muhammad. However after their death the Caliphate became a dynasty, and a more lax approach was taken to implement certain commandments. Omar Ibn Abdul Aziz revived righteous Islamic principles and began to put jewels into the crown of the Islamic Empire. One of his first acts was to replace corrupt and tyrannical Umayyad administrators with honest and just people and another was to restore to the rightful owners their properties that were confiscated from them.

Within the first ten years of the conquest of Sindh (part of modern day Pakistan), in 718 CE Omar became the first Caliph to commission a translation of the Quran from Arabic into another language - Sindhi. This was at the request of the Raja of Sindh. Sindh was yet another area of the Islamic State conquered by the will of God and the impeccable Islamic morals and manners of war, not known in other parts of the world at that time. At the same time Omar’s armies waged a defensive war against the Turks who had ravaged Azerbaijan and massacred thousands. Omar permitted his forces to wage war only under strictest conditions, including that women, children or prisoners would not be executed, and that a fleeing, defeated enemy would not be pursued.

Amongst many firsts, Omar ibn Abdul Aziz was the first Muslim ruler to turn his attention away from external conquest. He recalled the Muslim armies from the borders of France, India and the outskirts of Constantinople. It was during his Caliphate that internal uprisings and disturbances ceased, and the true Islamic faith taught by Prophet Muhammad, may the mercy and blessings of God be upon him, flourished once again. Greed however does not surrender to faith without a battle, thus there were many disgruntled people, unhappy with Omar’s rule.

Yet the reforms continued. Under Omar’s instructions the viceroy in Spain, took a census of the diverse nationalities, races and creeds, inhabiting that section of the Empire. A survey of the entire peninsula including cities, rivers, seas and mountains was made. The nature of the soil and varieties of mineral sources and agricultural produce was carefully counted and recorded, bridges in southern Spain were constructed and repaired and a large mosque was built at Saragossa in northern Spain.

In the time between the Rightly Guided Caliphs and Omar Ibn Abdul Aziz the Public Treasury was freely used for private purposes by the Umayyad Caliphs.  Omar immediately put a stop to this practice but at the same time made himself a number of dangerous enemies. Nevertheless he continued to institute reforms and revivals that caused the poor, weak and righteous Muslims to feel strong and protected as they once had under the early Caliphs. One of the most important measures was his reform of taxation.

Omar Ibn Abdul Aziz, following in the footsteps of his beloved prophet Muhammad was kind and just toward non-Muslims.  Christians, Jews and Zoroastrians were allowed to retain their churches, synagogues and temples. In Damascus, where the Basilica of John the Baptist had been turned into a mosque, Omar ordered it returned to the Christian church.

Omar’s administration of the Empire was impartially just and went directly against the interests of the Umayyad dynasty, of which Omar was a distant member but far from the line of succession. The influential Umayyad’s could not tolerate their loss of power, prestige and finances. Omar’s reforms were too much for them to tolerate. A slave was bribed to administer a deadly poison. When the Caliph felt the effects of the poison and had come to understand the plot he sent for the slave and asked him why? The slave replied that he was given one thousand dinars so Omar then deposited that exact amount into the Public Treasury and freed the slave. He advised him to leave immediately in case Omar’s enemies killed him. Omar Ibn Abdul Aziz died after a rule that lasted only two and a half years. He was thirty-nine years old at the time of his death.

There is an unauthenticated but nonetheless beautiful story about Omar Ibn Abdul Aziz’s lineage.

Omar Ibn Abdul Aziz is related to Omar Ibn al-Khattab because of a famous event during the second Caliph's rule. During one of his frequent journeys to survey the condition of his people, Omar overheard a milkmaid refusing to obey her mother's orders to sell adulterated milk. The girl replied that although Caliph Omar was not looking at them, God was always watching over everyone. The next day Omar Ibn al Khattab sent an officer to purchase milk from the girl and found the milk unadulterated. He then summoned the girl and her mother to his court and told them what he had overheard. As a reward, he offered to marry the girl to his son Asim. She accepted, and from this union was born a girl named Layla who would in due course become the mother of Omar Ibn Abdul Aziz.

i love islam i love the second OMER(R.A) HE WAS BEST RULER MAY HIS SOUL REST IN PIECE