Description: A brief introduction to the man known as the fifth rightly guided Caliph. 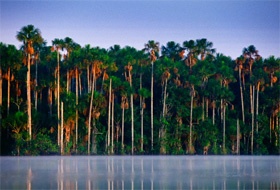 After the death of Prophet Muhammad, may the mercy and blessings of God be upon him, the rapidly expanding Islamic nation was led by a series of men known as the Rightly Guided Caliphs.  They were men who had learnt their faith directly from the Prophet himself and governed strictly according to the Quran and authentic traditions of Prophet Muhammad.  By 644CE both the Persian and Byzantium empires had fallen to the Muslim armies.  Slowly over the next decades the people of the conquered empires adapted both the language and religion of the conquerors.  At the same time the character of the Muslim leaders was changing.  The men who had ruled strictly by the word of God had been replaced by others.  The caliphate that was to have been an elected position was replaced by hereditary succession.  The Umayyad dynasty was established.

Although they did not strictly follow the ways of their predecessors they were historically considered to be an extremely successful dynasty.  The Umayyads managed to maintain political and religious unity of the Islamic nation and greatly expanded its borders.  However they have gone down in history as particularly autocratic.  When Omayyad Caliph Sulaiman (714-717) lay on his deathbed, he attempted to earn the pleasure of God by following the example of the early Caliphs and nominating someone other than one of his own sons as the next Caliph.  He therefore appointed his distant cousin Omar Ibn Abdul Aziz, his successor.  Omar was then faced with the seemingly impossible task of returning the Islamic nation back into a nation of people who obeyed the laws of God above all else.

Omar Ibn Abdul Aziz had served as the governor of Egypt and Medina for more than twenty-two years.  He had been educated and trained by a well-known scholar by the name of Salah Ibn Kaisan.  Before his accession to the Caliphate, Omar Ibn Abdul Aziz was a young man, fond of fashion and fragrance, however when he accepted the responsibility  of leading the Islamic nation  he proved to be  the most pious, able, far-sighted and responsible of all the Omayyad Caliphs.

He tried to rule in a way similar to how the Islamic state was governed in its infancy.  He immediately began by adhering to Islamic principles.  When news reached him of his nomination to the Caliphate, he addressed the people saying, “O people! The responsibilities of the Caliphate have been thrust upon me without my desire or your consent.  If you choose to select someone else as the Caliph, I will immediately step aside and will support your decision”.  This was a breath of fresh air to the people who were longing for a return to the days of Prophet Muhammad, may the mercy and blessings of God be upon him, and the Rightly Guided Caliphs.  Omar Ibn Abdul Aziz was unanimously elected.

Omar immediately discarded his extravagant lifestyle and tried to emulate Prophet Muhammad and his closest companions.  One of his first actions was to return the lavish estates and palaces owned by members of the Umayyad dynasty to the public estate.  When previously there was no answerability to the people, Omar re-established accountability and abolished the corrupt practices by which the government officials had become rich, powerful and abusive.  The people responded with enthusiastic support and overall productivity throughout the Islamic State increased.  Renowned Islamic scholar, Ibn Kathir, records that because of the reforms undertaken by Omar, the annual revenue from Persia alone increased from 28 million dirhams to 124 million dirhams.

Omar continued to follow the example set by Prophet Muhammad and sent emissaries to China and Tibet, inviting their rulers to accept Islam.  It was during this time that the religion of Islam began to be accepted by large segments of the populations of Persia and Egypt.  When the once corrupt officials complained that because of conversions, the revenues of the state had declined, Omar wrote back saying he had accepted the Caliphate to invite people to Islam and not to become a tax collector.  Omar used his position to uphold the rights and responsibilities that are inherent in the Quran and the life and teachings of Prophet Muhammad.

The infusion of non-Arabs into the fold of Islam shifted the centre of the Islamic State from Medina and Damascus to Persia and Egypt.  Omar made large and astonishing changes to the way the Islamic State was run.  His strict adherence to Islamic principles even allowed him to offer stipends to teachers whilst encouraging education for men, women and children.  Through his personal example, he instilled piety, steadfastness, business ethics, and Islamic morals and manners into the general population.  His reforms included the strict abolition of alcohol and he forbade public indecency..  Omar also oversaw the fair dispensation of money given in charity.

In the following article we will elaborate more on the life and works of Omar Ibn Abdul Aziz and learn how and why his life was cut short at the pinnacle of his Caliphate.

Next: Omar Ibn Abdul Aziz (part 2 of 2): Greed does not surrender to faith