Do Not Follow Heraclius (part 1 of 2): And the Truth is Made Clear

Description: The story of two men who chose to endanger their eternal lives rather than convert to Islam. 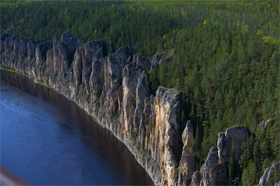 In the history of Islam there are two prominent men who refused to convert to Islam even though the truth was made clear to them.  These men understood and admired Islam and they, each in their own way, loved Prophet Muhammad, may the mercy and blessings of God be upon him.  They were the Byzantium Emperor Heraclius and Abu Talib, Prophet Muhammad’s beloved uncle.  Both men recognized the beauty of Islam yet they yielded to external pressure and refused to accept it as their religion.

When a person considers converting to Islam they are often faced with external pressures.  What will my parents, wife, or brother say, they ask themselves.  What about at work, how will I tell them I can no longer go to the bar after work?  These things may seem trivial but they can often grow into huge mountains that cause a person to consider and reconsider over and over again.  Even after a person converts to Islam and the initial euphoria wears off they might find themselves faced with more external pressures.

Heraclius and Abu Talib are two very different examples of how easily one is able to put the Hereafter at risk for the sake of matters belonging to this temporary life.

I am writing this invitation to call you to Islam.   If you become a Muslim you will be safe - and God will double your reward, but if you reject this invitation of Islam you will bear the sin of having misguided your subjects.   Thus do I urge you to heed the following: “O People of the Scriptures!  Come to a word common to you and us that we worship none but Allah and that we associate nothing in worship with Him, and that none of us shall take others as gods beside Allah.   Then if they turn away, say: Bear witness that we are Muslims.”      Muhammad, the Messenger of God.

Heraclius did not destroy the letter as the Emperor of Khosrau did, rather he read it out loud to his retinue and ministers.  Heraclius also kept the letter, pondered on it and made enquiries into its truthfulness.  He questioned Abu Sufyan, a staunch enemy of the Prophet and Islam, who happened to be in his lands for the sake of trade and business. He was summoned to the court for questioning. Abu Sufyan spoke truthfully about Muhammad and Heraclius was able to establish the truthfulness of Muhammad’s claim to prophethood.   Heraclius invited his court to Islam.  Their reaction to his invitation is recorded by Ibn al-Natur.

“When his Grandees had assembled, he ordered that all the doors of his palace be closed.   Then he came out and said, “O Byzantines!  If success is your desire and if you seek right guidance and want your Empire to remain, then give a pledge of allegiance to the emerging Prophet!  “On hearing this invitation, the Grandees of the Church ran towards the gates of the palace like a herd of wild asses, but found the doors closed.   Heraclius, realizing their hatred towards Islam, lost hope that they would ever embrace Islam, and he ordered that they should be brought back to the audience room.   After they returned, he said, “What I have just said was simply to test the strength of your conviction, and I have seen it.  “The people prostrated before him and became pleased with him, and Heraclius turned away from faith.”

Heraclius was obviously both convinced and impressed by both what he read, and the results of his investigation.  So why did he turn away? Was it the fear of losing his power and position? Was it the fear of losing his life? Clearly his heart leaned towards embracing Islam and he certainly did try to convince his people, taking seriously Muhammad’s advice to not misguide his own people.  The hold this world of illusion had over Heraclius proved to be too strong.  He died never having accepted Islam[1].

This is a problem those who are considering conversion may come across every day.  The decision to change religions should not be taken lightly for it is a life changing event.  However the gift of Islam should not be rejected for one would not know if they would have a chance to study it again.

Prophet Muhammad was eight years old when he came under the protection and care of his uncle Abu Talib.  Muhammad and Abu Talib were very close and when Abu Talib fell on hard times Prophet Muhammad fostered one of his son’s, Ali, who grew up to be Muhammad’s son in law and the fourth Caliph of the Islamic nation.  By preaching the message of Islam Prophet Muhammad put himself in great danger.   Abu Talib, a man much respected in Mecca, protected Muhammad as much as he could.  Even when he was encouraged to silence or control his nephew he staunchly took Muhammad’s side.

Although he was one of Prophet Muhammad’s most constant supporters Abu Talib refused to accept Islam.  Even on his death bed when Prophet Muhammad begged him to accept Islam, he refused saying that he was happy on the religion of his forefathers.  Abu Talib was fearful that his reputation and honour amongst the people of Mecca would be ruined if he at the last minute decided to forsake the religion of his father and grandfathers.  The same honour that allowed him to protect and cherish Prophet Muhammad for over forty years, as well as go through periods of great deprivation for the sake of his nephew, would not allow him to embrace Islam.

Since the dawn of Muhammad’s prophethood, those wanting to embrace the new religion have faced personal distress and made hard decisions in order to submit to the will of God.  External pressures, such as upsetting ones family and friends, or losing a job have meant that many risk their wellbeing in the Hereafter.  It would be a great mistake to trade one’s eternal Paradise for the fleeting and temporary benefits of this world.

In the next article we will discuss how a person can face contemporary pressures and offer some guidelines to make the transition to Islam an easy one.

[1] There are those who believe Heraclius secretly accepted Islam, however this knowledge is with God alone.

Next: Do Not Follow Heraclius (part 2 of 2): Contemporary issues and external pressures

Masha Allah! Very beautifully written and a beneficial one. I am looking forward for part 2. May Allah reward you and make us all steadfast in His religion!