Description: Islam and Wicca - are they in any way compatible? 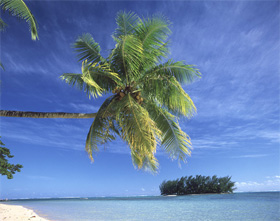 When a person establishes that Wicca and Satanism are poles apart it is easy to think that Wicca is a harmless religion. It may even appear that Wicca in the 21st century is little more than harmonious hippy sentiments and ancient nature based religions converted into a form of environmentalism.  However this is not the reality. Dealing with witchcraft in seriousness, or in fun, is a dangerous pastime. Letting the lines blur between whom or what controls the destinies of mankind is risky, even perilous.  Although it seems clear that the vast majority of Wiccans neither believe in nor knowingly work with Satan, the Islamic opinion is that Wiccan religion is heavily influenced by Satan, whether the practitioners intend it to be so or not.

First let us examine one of the most basic principles of Islam. As one of the pillars of faith a Muslim believes in Qadr, or divine destiny.  Whatever happens in our lives, both the good, and what we perceive as bad, is part of what God decreed long before we even came into existence. Nothing happens without the permission of God, not even a leaf falling from a tree or a raindrop falling on your window pane.  Therefore, to imagine that someone or some magic words are able to change good into bad or bring about desirable outcomes is really quite absurd.  To put our faith in something else other than God Himself is useless, but not only that, for a Muslim it is dangerous.

Believing that God has partners or that there are people who have more access to God then others is a major sin, and Satan wants nothing more than to lead people away from God and onto a path of destruction.  Therein lays the danger in Wicca.  Those who consider Wicca as a religion say that casting spells is little more than asking for divine help.  However God because of his love for His creation has given us the Quran and the authentic  Sunnah (teachings of Prophet Muhammad) from which we learn the correct way to ask for divine help.  Divine help is not found with the aid of bells, candles, brooms, caldrons, wands or other Wiccan paraphernalia.  A person should put his trust in God and ask help from Him alone. God alone is the one who bestows blessings or removes harm and relives distress.

“None in the heavens and the earth knows the Unseen except God, nor can they perceive when they shall be resurrected.”(Quran 27: 65)

Witchcraft, fortune telling and psychic predictions are no more than tricks from Satan designed to lead human beings to their doom.  Having said that however, the existence of magic is confirmed by the Quran and traditions of Prophet Muhammad.  It is a reality and a truth.  The trick lies in making people believe that playing with forces of evil is harmless.  Even if the matter at hand is benign, magic in all its forms turns a person’s face away from God.  Magic is an art that requires skill and proficiency, and it is a type of knowledge that has a foundation, methodology and principles.  Learning it is not permissible in Islam.  The craft and its close relatives such as Tarot cards, reading tea leaves and horoscopes are forbidden to Muslims.

“Whoever goes to a fortune teller and asks him about anything, his prayers will not be accepted for forty days.”[1]

This speaks volumes about the gravity of the situation and in some countries even fooling with magic and magic implements is punishable by law.

Recently two men were arrested at a United Arab Emirates airport. In their luggage was found 1200 objects classified illegal in 28 categories, these included  texts containing magic spells and rituals, talismans, animal hides and bones, containers holding blood and other liquids, strings and strange rings. The director of customs there mentioned that people’s credulity was often repaid with fraud. This is another reason why Wicca is not accepted by Islam, whether it is practiced as a religion or not.

People who claim to be able to tell you what will happen in the future are for the most part making false predictions based on their knowledge of personalities, body language etc.  However there are another category of people who really do deal with Satan and his minions both from the jinn and from mankind.  These people are enveloped in evil whether they realise it or not and sadly a great deal of harm can be done by people who think they are doing good or indulging in a harmless pastime.

There is a kind of magic that is aimed at creating hatred or love.  It is done by tying knots and blowing on them, and using potions.  This magic is capable of making a man love or hate his wife, or a woman love or hate her husband. It may also affect a person’s relationship with people other than his or her spouse.  Hence God has commanded us to seek refuge with Him from the evil of those who blow onto knots, and to seek refuge with Him from every evil.

In conclusion ancient pagan belief systems are just that, ancient pagan belief systems. There is no need to reinvent beliefs thousands of years old. God has given us a religion (i.e. Islam) worthy of humankind and it truly does hold all the answers. Wicca may seem like a peaceful oasis to many but true peace lies in obeying the commandments of God and living the life predetermined for you by God.