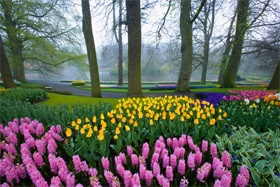 The word wicca comes from the Saxon root wicce, loosely translated as “wise” or “to bend or shape the unseen forces.” Wicca is the largest of the Neopagan[1]  religions which are reconstructions of ancient abandoned pagan belief systems, including Celtic, Egyptian, Greek, Norse, Roman, and other traditions.  Thus as an earth-centered religion, Wicca’s origins predate Judaism, Christianity, Islam, Buddhism, and Hinduism.  Wicca could be termed one of the oldest religions in the world; on the other hand it could be called one of the newest since Wicca, as we know it today, is a recently created, earth-centered, Neopagan religion that  can be traced back to Gardnerian Witchcraft which was founded in the United Kingdom during the late 1940s.  A good general rule is that most Wiccans are Neopagans but not all Neopagans are Wiccans.

Some Wiccans recognize a single supreme being sometimes referred to as “The One” or “The All“, who has female and male aspects referred to as the ‘Goddess and God’.  Others practice Wicca by recognising the existence of many ancient gods and goddesses, including but certainly not limited to: Aphrodite, Artemis, Briget, Diana, Dionysius, Fergus, Hecate, Isis, Pan, Thor, etc.  Wicca has also been called atheistic (no belief in a deity or deities).  Some Wiccans view the Goddess and God as symbols, not as living entities.  Thus many Wiccan might be considered Atheists.  Because Wiccans worship nature and nature goddesses and gods, they could also be called pantheists.

According to the reputable Canadian website Religious Tolerance some Wiccans consider Wicca and Witchcraft to be synonymous, however many others differentiate between the two, Wicca being the religion and witchcraft being the practice of magic.   Under this definition, Witchcraft is not a religion and thus there are many people who consider that witchcraft can be practised by members of any religion.

Many, perhaps most, Wiccans are solitary practitioners; they perform their rites alone.  Others form covens or groves which are informal groups of Wiccans.  There is often no coordinating group above the coven level; no state, or national organizations - thus there are no reliable statistics.  Some unverifiable estimates state that there are up to 750,000 Wiccans in the United States making Wicca the 5th largest organized religion in the United States.  However all estimates are nothing more than estimates with no concrete facts on which to base firm conclusions.

Wicca is sometimes known as witchcraft or the craft because of its association with spells and charms.  Magic spells can be designed to attempt to either harm or help others, however Wiccans are prohibited by their belief system from engaging in spells or any activities that harm others.  The main rules of behaviour are the Wiccan Rede:  “Do whatever you wish as long as it harms no one”, which forbids harming people, including themselves, except in some cases of self-defence,  and  the Three-fold Law:  “All good that a person does to another returns three-fold in this life; harm is also returned three-fold.”

According to Mnemosyne’s Realm[2], “Spells are not about turning people into frogs or granting wishes.  A spell is a set of actions and prayers that you do and say in order to ask for divine help with some particular aspect of your life.” Wiccans believe that the energies that we create influence what happens to us thus negative magic rebounds on the perpetuator, as in the three-fold law.   Other important ethical teachings include living in harmony with others and treating the environment with respect.  There are eight Wiccan days of celebration that follow the phases of the moon and the seasons and are called Sabbats.  The Sabbats are believed to have originated in the cycles associated with hunting, farming, and animal fertility.

The pentacle and pentagram are the main symbols used by Wiccans and many other neo-Pagans.  Some ritual items are common to almost every Wiccan tradition, such as the athame (ritual knife) and chalice (ritual cup).   Others may be used by some traditions but not others: bells, brooms, candles, cauldrons, cords, drums, incense, jewellery, special plates, scourges, statues, swords, staves and wands.   The meaning of these items, their use and manufacture will differ among traditions and individuals.  Usually a Wiccan ritual will involve some sort of creation of sacred space (casting a circle), invocation of divine power, sharing of dance/song/food or wine and a thankful farewell and ceremonial closing.   Rituals may be held at Wiccan “sabbats” or to mark life transitions such as births, coming-of-age, marriages/handfastings, housewarmings, healings, deaths or other rites of passage.[3]

Wiccans do not worship Satan.  They do not even acknowledge his existence.   Although their belief system often contains a pantheon of gods and goddesses, none of them is an all-evil deity even remotely like the Satan found in Christianity.  As mentioned in the articles on this web site about Satanism, in the 15th and 16th centuries the Catholic Church theorized that Satan worship and malevolent witchcraft existed and were massive threats.  This gave rise to the Witch burnings that have come to be termed the burning times or alternatively the female holocaust.  Up to 50,000 people were tried for heresy and tens of thousands were executed.  Many people now associate present-day Wiccans with fictional stories about these witches from the Middle Ages, some conservative denominations still teach this fiction as fact.

In part 2 we will compare Wicca to Islam and ask the question, could a religion that does not believe in Satan truly be free from Satanic influences?