Satanism (part 1 of 2): What do Satanists believe?

Description: A brief outline of the different types of Satanism and their beliefs. 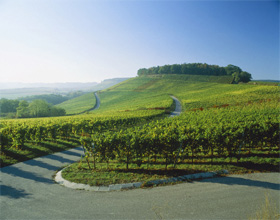 What exactly is Satanism?  The Google dictionary defines it as, “The worship of Satan, typically involving a travesty of Christian symbols and practices, such as placing a cross upside down.  The website wordnetweb.princeton.edu defines it as belief in and reverence for devils (especially Satan) and thefreedictionary.com adds that it is profound wickedness.  Religious Tolerance, the Canadian website dedicated to accurately explaining the full diversity of worldwide religious beliefs states that, “There are probably dozens of different religious belief systems and practices that have been called Satanism”.

Thus it becomes almost impossible to estimate just how many Satanists there are in the world.  Depending on the definition and what groups comply with each different definition, the total number of Satanists could be anything from several thousand, to millions or even more.  In North America estimates range from ten to twenty thousand Satanists from several different belief systems and organisations.  According to Statistic Canada, the 1991 census found only 335 Canadians identifying themselves as Satanists.  It is also almost impossible to open up dialogue with, or gather statistical evidence from each of these groups claiming to practice some sort of Satanism.

The Church of Satan, founded by Anton LaVey in 1967, generally regard themselves as strong Atheists, Agnostics, or Deists and membership numbers are kept secret.  However the Church of Satan is quite open about their beliefs and practices.   They describe themselves as, “The first above-ground organization in history openly dedicated to the acceptance of Man’s true nature—that of a carnal beast, living in a cosmos that is indifferent to our existence.  To us, Satan is the symbol of pride, liberty and individualism.”[1]

According to David Shankbone who interviewed the Church’s high priest Peter Gilmour,”LaVey’s teachings are based on individualism, self-indulgence, and ‘eye for an eye’ morality, with influence from Friedrich Nietzsche and Ayn Rand; while its rituals and magic draw heavily from occultists such as Aleister Crowley.”[2]  His article makes it quite clear that members of the church of Satan do not worship, nor believe in the Devil or a Christian/ Islamic notion of Satan.  Their Satan has nothing to do with Hell, demons, pitchforks, sadistic torture, buying people’s souls, demonic possession, performing miracles, human sacrifices, cannibalism, and profoundly evil deeds.[3]

One definition of Satanism states that, “Satanism is the utter rejection of the spiritual way of theistic religions, and the honest admittance that we are just animals who evolve as any other complex system.”  On the other hand, what about the religious Satanism that has become the stuff of nightmares and movie plots? Does it actually exist? The church of Satan states openly that, “Satanism respects and exalts life.  Children and animals are the purest expressions of that life force, and as such are held sacred and precious...” Thus, as mentioned above, no human sacrifices.  The majority of Satanists simply follow a lifestyle involving the Satanic statements and rules, while avoiding the Satanic sins.

Many authors, almost all conservative Christians, have described alleged satanic rituals.  They almost always involve desecration of stolen religious symbols, black masses, inverted crosses or reciting prayers backwards.   This is pure fiction that can be traced back to books written during the late Middle Ages and Renaissance periods particularly The Malleus Maleficarum (The Witches Hammer).   In the 15th and 16th centuries the Catholic Church theorized that Satan worship existed and was a massive threat.  This gave rise to the Witch burnings that have come to be termed the burning times or alternatively the female holocaust.  Belief about Satanism turned into an imaginary religion that was the opposite of Christianity.  These elements continue to surface today in conservative Christian anti-Satanic and anti-Wiccan hate literature.

We have established so far that there is a religion known as Satanism and that most, if not all of the adherents, are hedonist atheists intent upon acting upon their most basic desires.  An anonymous writer once said that Satanism was the religion of the American boardroom but for the most part this does not involve any weird or evil practices because most Satanists simply practice a lifestyle that involves indulgence and gratification.  A very small number of individuals have drawn on the vast amount of anti-Satanic literature and created their own version of Satanism that does include anti-Christian practices.

Consequently, where does this information leave Muslims? As believers we understand that Satan exists and is actively trying to lead people away from God.  He may or may not be involved in the Satanic religion that claims to have no gods or to worship such a manifestation of evil.   However, Satan’s work is very obvious in a number of groups or categories of people who do claim to worship him.  These groups include psychotic murderers and serial killers who try to use the defence of “the devil made me do it” and abusive pedophiles who  in several cases have used satanic settings in order to make the victim’s story unbelievable to the authorities.  Evidence in the United Kingdom has uncovered at least three cases where predators pretended to be Satanists in order to better control their victims.

Some musicians pretend to be Satanists in order to gain fame and notoriety and there is also a group known as satanic dabblers.  The dabblers are typically rebellious, attention seeking teenagers or young adults that have created their own form of Satanism from usually unreliable and fictional sources.  They are often responsible for graffiti, cemetery vandalism and the ritualistic killing of small animals.  Both groups may be pretending to be something they are not but they are living life perilously close to dangerous ground.   A person who worships or tries’ to revive the worship of the ancient Egyptian god Seti is also risking their sanity and in some cases their lives.

Satan, the devil, Lucifer, Seti or whatever he is known by is not a force to be trivialised.  He has an agenda and in the next article we will look at how seemingly benign practices can lead a person into committing the most dangerous of major sins.  The church of Satan may be little more than an organised group where members can engage in otherwise frowned upon behaviour but how many members do really “deal with the devil”? Those who use the term Satanism to cover their innate depravity may find that Satan has been leading them by the collar down a pathway to destruction.

Next: Satanism (part 2 of 2): Dealing with the Devil