Description: A conversion story of a 12 year old girl to Islam. Part 1: A young girl around the age of 9 is fascinated by the lifestyle of her Muslim neighbors.

This is my story 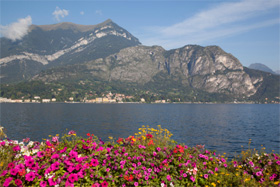 As I sit here, remembering my story, tears come to my eyes.  So many minor things happened by the will of God, the Almighty, that brought me to revert to Islam.  I have learned that when people say no, you say yes, when they stare you walk with pride, and when they talk about you, you just remember God.  Hopefully my story is an inspiration to those who want to convert to Islam.

The first time I remember seeing a Muslim was when a Muslim family moved in across the street from my house.  My mother called them “our Muslim neighbors”.  They wore headscarves and back then my mom told me it was called the “Burqa”.  I watched from afar their bike rides, picnics, and get-togethers, listening to them always laugh that summer, wishing it was me.   Soon, I learned that one of their 2 daughters was in my grade.  When school started in 4th grade we became friends and she joined my clique.  We never talked about religion and I just assumed that hijab was a huge part of her religion and if she didn’t do it, she would be kicked out.  I mean, why else would she wear it?? We talked about other things, like school, and friends, and what we were planning to do on the weekends.

Around that time I started thinking about religion more seriously.  My mom was Catholic and father was Jewish, and they told me I could pick what religion I wanted when I grew up.  At that time I assumed I would be Jewish because most of my extended family was Jewish, and I went to the Temple more than the Church.  I never really thought about God that much and I wasn’t even sure if I believed in Him.  My parents raised me to respect other religions and cultures, as we were white and this was the social “norm.” But it always seemed like they thought they were better than everyone else.  Personally, I wished to be part of a big family who all shared the same traditions.  I wished I was like my Muslim neighbors, eating cool foods, and being so close to each other.  They could laugh without hurting each other’s feelings.  When I went to their house they seemed to fit together like a puzzle piece.  The mother always was gentle and kind, the father silly but firm.  All of their 4 kids had different, beautiful personalities that I envied very much.

I hated being “western.” I looked at people and scolded them for being so small-minded but in essence, I was the same way myself.  Sometimes I questioned whether I was really just 9 years old at the time.  Did I have some kind of mental disease? Kids my age thought about playdates and barbies, and they were all just trying to grow up.  I was already an old lady.  People told me that I was different, but I didn’t know what they meant.

Fourth and Fifth grade flew by like a breeze.  I excelled at school and had a few close friends.  I didn’t think about religion, rather I was beginning to explore philosophy.  I began to become a person I wasn’t, excited about Christmas and  my birthday so I could get presents, and getting into fights with my friends because I didn’t like who they were friends with.  I ate whatever I wanted and my parents honestly didn’t care what I did as long as I kept being their perfect little only child on the outside.  On the inside, though, I was lost.  But I just didn’t know what to find.  I couldn’t picture my future.

Sixth grade started and I made some new friends in middle school.  Since only a couple of people I knew came from my old school, I became close with them.  One of those girls was the girl who lived across the street, Husna (name has been changed).  I started to go to her house more often and realized how strong she was in her faith.  I began to be drawn towards her family and talked to her every day after school.  It seemed as if a magnet was holding us together.  She was from Pakistan and I was extremely interested in her culture, which was so different from mine.  When I watched her pray Maghrib [sunset prayer] one day, I knew in my heart, I would someday be Muslim.

At this point I was beginning to draw away from my other friends and stopped wearing short shorts.  I didn’t realize it but my mind was always on God and I was always bargaining with Him.  If I make my bed everyday, can You make mom be nicer to me? If I finish my homework, will You make my piano playing better? If I get 100% on this quiz, can You make me get a good grade on my reading assessment?