Judaism (part 3 of 4): Focus on Similarities not Differences

Description: Why the Jews fell from grace and the similarities between Judaism and Islam. 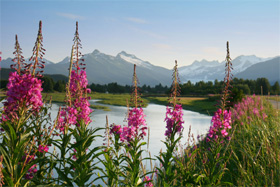 In part 2 we discussed the role of the Jews as The Chosen People and concluded with the fact that the Quran states that the Jews failed to keep their covenant with God.  From Islam’s point of view the Jews fell from grace.  In the Torah (and the Bible) we find the following passage.

“For you are a people holy to the Lord your God.  The Lord your God has chosen you to be a people for his treasured possession, out of all the peoples who are on the face of the earth.  It was not because you were more in number than any other people that the Lord set his love on you and chose you, for you were the fewest of all peoples: But because the LORD loved you, and because he would keep the oath which he had sworn unto your fathers… ‘‘ (Deutoronomy 6: 7-8)

However in the Quran, the words of God, revealed more than 650 years after the birth of Jesus, son of Mary, we find a very different set of circumstances.

“...they disobeyed (God and the Messengers) and were ever transgressing beyond bounds. They used not to prevent one another from wrongdoing (sins, polytheism, and disbelief) that they did. Vile indeed was what they used to do” (Quran 5:78&79)

It is only natural to wonder what happened throughout the history of the Jewish people to have them fall so far from the grace of God.  Quran tells us that the Jewish people were not grateful for the untold blessings God had bestowed upon them; instead they transgressed, lied and blasphemed.  Despite this Judaism and Islam have a lot in common.

Christianity Judaism and Islam are referred to as the three monotheistic faiths.  They all profess a belief in One God; however, it is undeniable that the beliefs of Christianity are somewhat different to the other two.  Jews are strict monotheists, as are Muslims.  Their belief in God is sometimes referred to as pure monotheism.  Both Jews and Muslims view God as a single, indivisible entity.  This contrasts with most Christians who view God as a Trinity, a single entity with three distinct personalities, the Father, Son and Holy Spirit.

Hear, O Israel, the Lord your God is One (Deutoronomy 6:4)

Let us examine some of the similarities between Judaism and Islam in more detail.

·        Jewish belief does not accept the Christian concept of original sin (the belief that all people have inherited Adam and Eve’s sin when they disobeyed God’s instructions in the Garden of Eden).  Islam also denies the Christian concept of original sin and the notion that humankind is born sinful.  In Islam each person bears responsibility for his own deeds.  These deeds, sinful or otherwise cannot be inherited.

·        Jews do not recognize the need for a saviour as an intermediary or partner with God.  Islam states clearly that there is no need for God, or even a Prophet of God to sacrifice himself for humankind’s sins in order to buy forgiveness.   Islam refuses this view entirely. The foundation of Islam rests on knowing with certainty that nothing should be worshipped but God alone.

This is also true of Judaism; however the similarities in regards to atonement end here because Judaism totally rejects Jesus as a prophet of God and fails to accept his position as Messiah[1] to the Jewish people.  Islam teaches that Jesus did not come to atone for the sins of mankind.  Jesus came to denounce the leaders of the Children of Israel, who had fallen into lives of materialism and luxury. His mission was to confirm the Torah, to make lawful things that were previously unlawful and to proclaim and reaffirm the belief in One Creator.

·        The most obvious common practice is the statement of the absolute oneness of God which Muslims observe in their five times daily prayers (Salah), and Jews state at least twice per day (morning and night)in their affirmation of the oneness of God known as the Shema Yisrael.

·        They share the belief that Jerusalem is a holy place, particularly the Dome of the Rock known to Jews as the Temple Mount.  Both religions believe this is where Abraham brought his son to sacrifice him - his first son Ishmael in Islam and his second son Isaac in the traditions of Judaism.  Ishmael is considered by both religions to be the father of the Arab nation and Isaac the father of the Jews.

·        Both Judaism and Islam share many fundamental concepts; including divine judgement and an afterlife.

·        Islam and Judaism both have systems of religious law that do not distinguish between religious and secular life.  In Islam the laws are called Sharia, in Judaism they are known as Halakha.

·        Both Judaism and Islam consider the study of religious law to be a form of worship.

The two faiths also share the fundamental practices of fasting and charity, as well as similar dietary laws and aspects of ritual purity.  With such obvious similarities one might ask why Jews and Muslims seem to be enemies.  Furthermore, if Islam is a natural progression from Adam and Eve through a long line of prophets to Prophet Muhammad and the revelation of Quran, why don’t more Jews embrace the Islamic faith?  Part 4 will attempt to address these questions and conclude our study and discussion of Judaism.

[1] (Hebrew - Annointed One) - In Jewish tradition, a person of the line of King David who will return the Jews from exile, rebuild the Temple in Jerusalem and initiate a period of prosperity and peace.

Salam kind brothers & sisters, I cannot adequately express how helpful these articles and this website has been to me before after coming to Islam. Since i spent many years in various forms of Christianty with numerous conflicting doctrines it has been a slow process of clearing my mind and spirit to walk in the true Oneness and better understanding of Allah. Of particular interest has been the relationship of the past and current Jewish peoples to Allah and to Islam. Thank you for composing these articles on Islam and how various other religions differ and what they have in common. It is very interesting and helpful to me. Some people I know personally here in the USA are hesitant to know more and somewhat fearful of Islam as i was also, but this website takes away fear, opens doors into people's hearts, and brings such clarity and beauty on so many subjects. Allah has placed the clear Truth right in front of us through the Qur'an and what His kind servants such as you freely share with others. At first the Truth may be disturbing, because it illuminates so many errors that have been taught to some of us since childhood, and held in families for generations, but Allah's Truth and the practice of His ways bring increasing peace, understanding, and a true and pure enlightenment with no idols of any kind. many thanks, Eric