Judaism (part 1 of 4): An Introduction

Description: What is Judaism and who are the Jews? 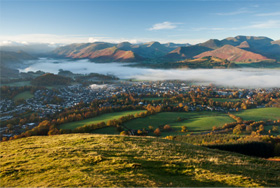 The Merriam Webster online dictionary defines Judaism as a religion developed among the ancient Hebrews and characterized by belief in one transcendent God who has revealed himself to Abraham, Moses, and the Hebrew prophets and by a religious life in accordance with Scriptures and rabbinic traditions.[1]  It would also be correct to say that Judaism incorporated the cultural, social, and religious beliefs and practices of the Jewish people.

According to the Jewish People Policy Planning Institute, there were around 13.1 million Jewish people in the world in 2007; most reside in the USA and Israel.  Many of these people identify themselves as Jews but do not believe in, nor follow any Jewish laws or rites.  Judaism 101[2]  claims that more than half of the Jews in Israel today call themselves “secular,” and do not believe in God and that half of all Jews in the United States don’t belong to any synagogue.

Jews generally consider anyone born of a Jewish mother to be a “Jew”.  Some groups also accept children of Jewish fathers however that is not the norm.   Furthermore, a Jew does not lose the technical status of being a Jew by adopting another faith; they do however choose to lose the religious element of their Jewish identity.  It is possible for a non Jew to “convert” to Judaism but it is not a simple process.  Jews do not try to convert people to Judaism and in fact part of the conversion process requires a rabbi[3]  to make three vigorous attempts to dissuade a person from converting.

Although many make contrary claims that Judaism is a religion or a race, a culture, or an ethnic group, none of these descriptions appear to be entirely adequate.  For the purposes of this article we will discuss Judaism, the religion.

Judaism (an organised religion) was, in its pristine form, revealed to Prophet Moses; however Jews trace their ancestry back to Prophet Abraham; so to do Christians and Muslims.   Prophets Abraham, Isaac and Jacob, known in Judaism as the Patriarchs, and known and accepted as Prophets of God by Islam..

According to Jewish tradition Abraham was the son of an idol merchant, but from his early childhood, he questioned the faith of his father and sought the truth.  He came to believe that the entire universe was the work of a single Creator, and he began to teach this belief to others.  This belief is generally accepted as the world’s first monotheistic religion.[4]

Say, “Truly, my Lord has guided me to a Straight Path, a right religion, the religion of Abraham, hanifa (i-e Monotheism - to believe in One God).  And he was not among those who associated others with God” (Quran 6:161)

Verily, Abraham was the leader of a nation, obedient to God, hanifa (i.e.  to worship none but God), and he was not of those who associate others with God (polytheists, idolaters, disbelievers in the Oneness of God).  (Quran 16:120)

Judaism has no formal dogma or set of beliefs, actions are considered far more important than beliefs.   Jews believe that there is one God, the Creator of the universe, with whom every Jew can have an individual and personal relationship.

Rabbi Moshe ben Maimon, (a.k.a.  Maimonides) put together 13 Principles of Faith that are widely accepted amongst the different movements of Judaism.  More recently they have been called into question by more liberal schools of thought; however for our purposes here they summarise the general precepts of Judaism.  Personal opinion on all of these precepts is acceptable, due to, as already pointed out, the focus being more on actions rather than belief.

God is one and unique.

Prayer is to be directed to God alone and to no other.

The words of the prophets are true.

Moses was the greatest of the prophets, and his prophecies are true.

The Written Torah (first 5 books of the Bible) and Oral Torah (teachings now contained in the Talmud and other writings) were given to Moses.

There will be no other Torah.

God knows the thoughts and deeds of men.

God will reward the good and punish the wicked.

The Messiah will come.

The dead will be resurrected.

The website Judaism 101 describes the nature of the relationship between God and humankind and God and Jews as it is understood by the different Jewish schools of thought.  “Our scriptures tell the story of the development of these relationships”.  [5]  Jewish scriptures outline mutual obligations; however the various movements of Jewish thought often disagree about the nature of these obligations.  “Some say they are absolute, unchanging laws from God (Orthodox); some say they are laws from God that change and evolve over time (Conservative); some say that they are guidelines that you can choose whether or not to follow (Reform).”[6]

Judaism has a rich history of religious text, but the central, most important religious document, is the Torah.  The word Torah, especially for non Jews, or Christians, most commonly refers to the first five books of the Old Testament (Bible), what the Jews call the books of Moses, Genesis, Exodus, Leviticus, Numbers and Deuteronomy.  When Muslims refer to the Torah, they use the word Tawrat and mean the law as it was revealed to Prophet Moses.

When Jews use the word Torah, they usually mean the entire body of Jewish scripture, known as the Tanakh.  Tanakh is also an acrostic term for Torah (the Law), Nevi’im (the Prophets), and Ketuvim (the Writings), the three parts of Jewish scripture, again, what Christians would call the Old testament.   In some circumstances Tanakh can refer to the whole body of Jewish law and teachings.

Next in importance and authority comes the Talmud; a body of work that explains the scriptures and how to interpret and apply the laws.  This was compiled and written down in a body of work commonly referred to as the Mishnah.  Over the centuries, additional commentaries elaborating on the Mishnah were written down in Jerusalem and Babylon.  These additional commentaries are known as the Gemara.

The body of work included in the Gemara is massive.  It includes comments from hundreds of Rabbis from 200 - 500 CE, explaining the Mishnah with additional historical, religious, legal, and social comment.  The Gemara and the Mishnah together are known as the Talmud.  This was completed in the 5th century C.E.  There are two Talmuds, one compiled in Jerusalem and another in Babylonia.  The Babylonian Talmud was compiled later and is more comprehensive, it is the one usually meant when someone refers to “the Talmud”.

In part 2 we will continue to explore the religion of Judaism, discuss why Jews (or what we will come to learn are the Children of Israel) are often referred to as the “Chosen people” both in Jewish and Islamic literature and scripture.

[3] A Jewish scholar or teacher.

[4] Not according to Islam, where the Prophet’s of God, including Adam, the father of human kind practised and taught pure monotheism.

may allah reward you