Ten Commandments in the Quran (part 1 of 3): A Quick Introduction

Description: A review of what are the Ten Commandments and their place in Jewish, Christian, and Islamic faiths. 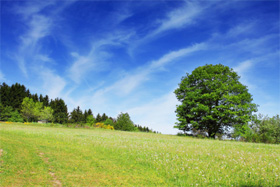 Reading the title, some people might think of the ‘The Ten Commandments,’[1]  one of the most financially successful[2]  movies and rated as one of the best ten ever.[3]  Or the title might stir the memories of the national debate of putting ‘The Ten Commandments’ on public property and use in public schools that ended in the Supreme Court in 2005.

Leaving aside the movies and the media, basic facts on Ten Commandments are little known. That is why in the following three articles we will explore what the Ten Commandments are? Who follows them? What is their relevance to (modern) American life? What solutions, if any, do they provide for today’s challenges?

Let us start with the basics. The Ten Commandments have their origin in the Jewish religion, but they are also found in the Christian Bibles. It is said to be inscribed on two tablets that were given by God to Moses. In the Bible, they are recorded in Exodus 20:2-17 and Deuteronomy 5:6-21. The Exodus list is more commonly accepted by Christians. Encyclopedia Britannica describes them to be a "list of religious precepts that…were divinely revealed to Moses on Mt. Sinai and were engraved on two tablets of stone."[4]

"Judaism teaches that the first tablet, containing the first five declarations, identifies duties regarding our relationship with God, while the second tablet, containing the last five declarations, identifies duties regarding our relationship with other people."[5]  Catholics believe, "The Ten Commandments are precepts bearing on the fundamental obligations of religion and morality and embodying the revealed expression of the Creator's will in relation to man's whole duty to God and to his fellow-creatures."[6] The Hebrew, Protestant, and Catholic versions differ. This is not a well-known fact.[7]

What place does the Biblical version hold in modern society? Jews are careful not to publicly over emphasize them so as not to create the impression that Judaism has only these ten commandments and no others. Christian theologians, on the other hand, consider them to be the moral law of God to guide society, a standard of sorts to measure the health of the society. As a result, what place, if any, should these commandments hold in modern Western, secular societies is a hotly debated subject. Should they be part of public schooling? Can they be displayed in public? The issues have been debated even by the Supreme Court of the US. Despite the attention, most commandments are simply ignored by the society. Secularists even consider the Biblical version to be intolerant.

Great emphasis is placed on these commandments in the Islamic faith: three verses in the Quran, the sacred book of Islam, speak of them. Prophet Muhammad’s companions emphasized their centrality.

"Whoever wishes to ascertain the will of Prophet Muhammad on which the Prophet has put his seal, let him read the Statement of God, and then he recited the three verses."

The Prophet of Islam himself said,

"Who among you will give me his pledge to do three things," he then recited the verse 6:151 and continued, "Whoever fulfills (this pledge), then his reward will be with God, but whoever fell into shortcomings and God punishes him for it in this life, then that will be his recompense. Whoever God delays (his reckoning) until the Hereafter, then his matter is with God. If He wills, He will punish him, and if He wills, He will forgive him.''[9]

In summary, in the Islamic view, these commandments contain what God wills for the life of all people. It has five orders and a similar number of prohibitions that define the relationship of man and his Creator, man’s obligations to his family, and commandments that order his social life. What follows are the ten commandments of Quran and their relevance to modern life.

[1] It must be clarified that Islamic teachings do not look favorably at portraying prophets of God in images or the screen.

[9] Hakim said, "Its chain is Sahih and they did not record it."