Description: The Jehovah’s Witnesses predict an event God declared known only to Himself. 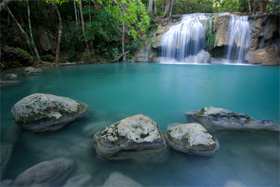 The Jehovah’s Witnesses (JW) are a global religion with members in more than 200 countries. It is a Christian denomination, but many mainstream Christians object vehemently to JW beliefs. According to the Orthodox Presbyterian Church, “Jehovah's Witnesses have a pseudo-Christian religion. That means that it pretends to be Christianity, but in reality is not. Their teachings and practices are not in conformity with Scripture”.[1]

In part 1 we learned a little bit about the history of the JW religion and discovered that they were a relatively new religion, being formed in 1870. We briefly mentioned their beliefs and their obsession with End of Days theories and now in part 2 we will dig a little deeper into the many end of days predictions that have not eventuated.

The study of the End of Days, more correctly called eschatology, is central to JW’s belief.  Its origin seems to stem from the beliefs espoused by Nelson Horatio Barbour, an influential Adventist writer and publisher, best known for his association with, and later opposition to, Charles Taze Russell. The following is an abbreviated explanation of JW’s original eschatological beliefs as explained on their web site.

“The Second Adventists affiliated with Nelson H. Barbour expected a visible and dramatic return of Christ in 1873, and later in 1874. They agreed with other Adventist groups that the “time of the end” (also called the “last days”) had started in 1799. Soon after the 1874 disappointment, Barbour accepted the idea that Christ had actually returned to the earth in 1874, but invisibly. 1874 was considered the end of 6,000 years of human history and the beginning of judgment by Christ. Charles Taze Russell and the group that later was known as Bible Students accepted these views from Barbour.”[2]

These views differ radically from what the JW’s espouse today and strangely enough they seem to have no problem with major and significant changes to their belief system.  1914 is probably the most significant date in JW eschatology. It was Russell’s first predicated date of Armageddon[4], but when that failed to occur it was amended to “that people alive in 1914 would still be alive at the time of Armageddon”; however by 1975 these people were now senior citizens.

“During the 1960s and early 1970s, many Witnesses were stimulated by articles in their literature and further encouraged by speakers at their assemblies prior to 1975, to believe that Armageddon and Christ’s thousand-year millennial reign would begin by 1975. Although the views of Armageddon and Christ’s millennium beginning in 1975 were never fully or explicitly supported by the Watch Tower Society, many in the organizations’ writing department, as well as several leading Witnesses, Elders, and presiding overseers in the organization, heavily suggested that Christ’s millennial reign over earth would begin by 1975.”

Leading up to 1975 JW’s sold their homes, quit their jobs, rashly spent their savings, or accumulated thousands of dollars in debt.  However 1975 passed uneventfully.  After this non event many people left the JW’s and it took, according to their own sources, up until 1979 before numbers started to recover and increase again. Witnesses officially maintained that Armageddon would arrive while the generation that saw 1914 remained alive. By 1995, due to the rapidly dwindling population of members alive in 1914, the JW’s were forced to officially drop one of their most distinguishing features.

Today Witnesses contend that 1914 is an important year, marking the start of the "last days." But they no longer assign any timeline to the conclusion of the "last days," preferring to say now that any generation that has lived since 1914 could be the one to see Armageddon. Armageddon is understood to include the destruction of all earthly governments by God, and after Armageddon, God will extend his heavenly kingdom to include earth.[5]

JW’s believe the dead will gradually be resurrected to a "day of judgment" lasting for a thousand years and that this judgment will be based on their actions after resurrection, not on past deeds. At the end of the thousand years a final test will take place when Satan is brought back to mislead perfect mankind and the end result will be a fully tested, glorified human race.[6]

How does this interpretation of the “last days” compare with Islam?  The most important and obvious difference is that Islam does not predict a date on which the last days will begin nor does it predict a date for the Day of Resurrection, only God knows when it will occur.

People ask you concerning the hour, say, ‘the knowledge of it is with God only’. (Quran 33:63)

Verily, the Hour is coming and My Will is to keep it hidden that every person may be rewarded for that which he strives. (Quran 20:15)

"None in the heavens and the earth knows the unseen except God, nor can they perceive when they shall be resurrected."(Quran 27:65)

Another glaring difference is the concept of the Last Day, while Christians and pseudo Christians believe in a final battle between good and evil, known as Armageddon, there is no such thing in Islam. Islam teaches that this present world was created with a definite beginning and will have a definite end marked by eschatological events. These events include the return of Jesus. Historical time will come to an end and will be followed by a resurrection for all of humankind and a final judgement.

In part 3 we will discuss other beliefs that appear to be similar to Islam but have no basic concept acceptable to Muslims.  We will also take a brief look at why some of these belief s have led a number of Christian denominations to reject the Jehovah’s Witnesses claim to be a Christian group.

[4] The final battle between good and evil advocated by most Christian denominations.