Who are the Jehovah’s Witnesses? (part 1 of 3): Christians or cult members?

Description: The history of the Jehovah’s Witnesses. 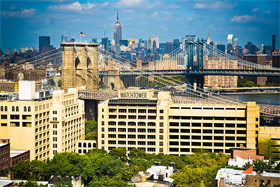 In 2011 it was estimated that there were more than 7.6 million Jehovah’s Witnesses in over 109 thousand congregations, in more than 200 countries.[1]  As the name suggests, it is an evangelical religion. Members, of both genders and of all ages, actively go from door to door, attempting to share their version of the Bible with the public in their communities. You may have noticed them in your own community; usually small family groups, all modestly dressed.  They knock on doors and ring on bells handing out literature and inviting you to ponder life’s big questions, such as,  How would you like to live in a world without disease and poverty?  Jehovah’s Witnesses should not be confused with proselytizing Mormons, pairs of young men usually dressed in black suits. In 2012 Jehovah’s Witnesses spent 1.7 billion hours in such evangelistic activities and distributed over 700 million pamphlets and books.[2]

The Jehovah’s Witnesses teach non-cooperation with what they view as Satan’s power on earth, and this, manifesting as refusal to salute any flag, or to assist in any war effort has led to conflict with neighbours and governments and made them very unpopular in many countries, particularly in North America and throughout Europe.   In 1936 throughout the USA Jehovah’s Witness children were expelled from schools and often placed in foster homes. During World War 2 Jehovah’s Witnesses were heavily persecuted. Their treatment in Nazi Germany was particularly vicious and thousands died in concentration camps. The religion was banned in Canada in 1940 and Australia in 1941. Some members were jailed and others sent to work camps. Detractors of the religion have claimed that the Witnesses chose a deliberate course of martyrdom in order to prove a doctrine claiming that those who struggle to please God will be persecuted[3].

Although they are not a closed or secretive religion many of us know very little about the Jehovah’s Witnesses.  They do in fact trace their origins back to 1870 Pennsylvania USA, when Charles Taze Russell (1852-1916) organised a Bible study group.  The group’s intense lessons lead members to reject many traditional Christian beliefs. By 1880, 30 congregations had been formed in seven American states. These groups became known as the Watch Tower, and later the Watchtower Bible and Tract Society. In 1908 Russell moved its headquarters to Brooklyn, New York where it remains to this day. The group took on the name “Jehovah’s Witnesses” in 1931 whilst under the leadership of Joseph Franklin Rutherford.

Jehovah is an English translation of the name for God in Jewish Scriptures and Rutherford took this name from a passage in the Bible,   Isaiah 43:10. The Jehovah’s Witness Bible,   known as the New World Translation translates this passage as, “‘You are my witnesses,’ is the utterance of Jehovah, ‘even my servant whom I have chosen . . . ,’”.  The Jehovah’s Witnesses have grown from humble beginnings in 19th century Pennsylvania to a 21st Century global organization supported by the multinational operations of the Watch Tower Society. The Society’s emphasis on publication and distribution of movement-related magazines, books, and pamphlets has benefited from technological innovations[4]. Despite this Jehovah’s Witnesses across the globe continue to be maligned and persecuted.

In their own words, Jehovah’s Witnesses see themselves as a worldwide brotherhood that transcends national boundaries and national and ethnic loyalties. They believe that since Christ proclaimed that his kingdom was not part of the world and refused to accept a temporal crown, they too must keep separate from the world and refrain from political involvement.[5]

A very brief overview of the Jehovah’s Witnesses faith appears to paint a picture of a group that holds similar beliefs as Islam. They believe in One God and are categorically opposed to the idea of a Trinity. Homosexuality is a serious sin, gender roles are very clearly defined, they avoid celebrations originating from pagan beliefs, and they oppose allegiance to any form of government not based on God’s laws.  Is that Islam? Because from this perspective it definitely isn’t Christianity as it is normally understood.

If we look a little deeper into the belief system of the JW’s we find that despite initial appearances they have very little in common with Islam except perhaps that they are both religions that expect a major commitment from their members. An examination of the reasoning behind their beliefs reveals a flawed understanding of concepts well known to Muslims.  Their beliefs also include a great deal of information about the End Times or the End of Days. They have stated on several occasions that the end of the world as we know it was at hand, however these dates have come and gone almost unnoticed.

In part 2 we will take a deeper look at Jehovah’s Witness end times theories and dates, we will then compare this with what the Bible and Islam say about the end of days. We will also take an insightful look at those beliefs that appear to agree with Islam and discover concepts that are unacceptable to both mainstream Christians and Muslims.