The Great Women behind Great Men (part 4 of 4): The Daughter

“The best women of humankind are four: Mariam, daughter of Imran, Assiya, the wife of Pharaoh, Khadija, daughter of Khuwailid, and Fatima the daughter of the Messenger of God[1].” 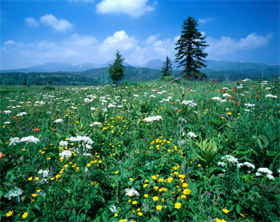 The key to success for any woman is to live life according to God’s guidance.  This guidance is contained in the Quran and the traditions of Prophet Muhammad.  In our discussion about great women standing with their men we have talked about the role of wives and mothers, today it is the turn of daughters.  Daughters can hold great sway over their beloved fathers.  You might have heard the expression, “she twists her daddy around her little finger”, meaning that the daughter is able to persuade her father easily.  That certainly holds a great deal of truth but daughters can also guide, protect and support their fathers.

A daughter’s love can propel a father on to new and greater things and  a daughter’s support can be invaluable.  The daughter we will discuss is Fatimah, the beloved youngest daughter of Prophet Muhammad and his wife Khadijah.  Fatimah was the youngest of four living children, all daughters.  She was a quiet, sensitive child, devoted to her parents, and close to her sisters.  However by the time she was ten years old she had occasion to stand before what must have appeared to be invincible men and speak up for her father.  She had the shape of a child and the heart of a lion.

One day when the Prophet was praying near the Kaba some men from the noble families of Makkah bought a pail of she-camel intestines and dumped them on his back while he was in prostration.  They were undoubtedly heavy and smelly yet the Prophet continued with his prayer.  Fatimah stood amongst the men unafraid of their menacing behaviour.  She removed the intestines and verbally lashed out at the men, who stood by but did not respond to the little girl.[2]

On another occasion Fatimah was with her father as he circumambulated around the Kaba.  The mob gathered around him and tried to strangle him with his own clothes.  Young Fatimah screamed and shouted for help and on this occasion Abu Bakr came to the Prophet’s rescue and was beaten severely.  While other little girls were running and playing Fatimah witnessed her father’s ordeals.  Instead of gaiety and laughter Fatimah worried about her father and defended his mission.  Both Father and daughter became very close companions.

The Prophet’s treatment of Fatimah clearly shows the love and respect he had for his youngest child.  He is known to have said, “Fatimah is a part of me, and he who makes her angry, makes me angry.”[3]  Life for Fatimah continued to be difficult and depressing.  The persecution and boycott of the Muslims continued unabated and the Prophet, his family and followers were forced to abandon their homes and seek refuge in a small valley.  There they were forced to undergo months and months of hardship and suffering and it is said that the wailing of hungry children could be heard across the valley and in the township of Makkah.

Fatimah’s mother, the great lady Khadijah died shortly after the boycott ended, probably due to the months of deprivation.  Fatimah was grief stricken and her family feared for her health but she rallied and grew even closer to her father.  She cared for him and supported him so completely that she for a time was known as Umm Abi-ha, the mother of her father.  On one occasion her father returned home covered in the mud and dust thrown on him by a mob.  Young Fatimah cried as if her heart would break and her father said to her, “Do not cry my daughter,” he said, “for God shall protect your father.”[4]

Prophet Muhammad loved Fatimah, however, he did not show her any special treatment as far as following a path of righteousness was concerned.  Prophet Muhammad was concerned, as all good father’s are with his daughter’s hereafter.  One day when dealing with a thief the Prophet was heard saying, “The people before you were destroyed because they used to inflict the legal punishments on the poor and forgive the rich.  By Him in Whose Hand is my soul! If my daughter Fatimah did that (i.e.  stole), I would cut off her hand.”

Fatimah married her cousin and childhood friend Ali ibn Abu Talib.  Although many men asked for Fatimah’s hand including Abu Bakr and Omar ibn Al Khattab, Prophet Muhammad facilitated the marriage between his daughter and Ali.  The bond between father and daughter remained strong and Prophet Muhammad was often seen to visit Fatimah after he returned from a journey or battle before he visited any of his wives.  What comfort the Prophet must have found in the presence of Fatimah.  Perhaps she reminded him of his beloved Khadijah; perhaps he loved to be in the presence of the little girl who stood up to the mob to protect her father time and time again.  That little girl was now a strong and resourceful Muslim woman.

Fathers do not only inspire their daughters but are often inspired by them.  Fatimah’s reputation for piety and charity would have made her father proud and happy.  However no matter how close they were, a father is a father first and last, and when he discovered that Fatimah and Ali did not regularly pray the recommended night prayers, he voiced his disapproval in no uncertain terms[5].  Another time when Fatimah asked for a servant, Prophet Muhammad taught her and Ali the words of remembrance still said by millions of Muslims around the globe today.

“Shall I direct you to something better than what you have requested? When you go to bed say ‘Subhan Allah (How Perfect is God)’ thirty-three times, ‘Alhamdulillah (All praise and thanks are due to God)’ thirty three times, and Allahu Akbar (God is the Greatest)’ thirty four times, for that is better for you than a servant.”[6]

When Prophet Muhammad became seriously ill he called for his beloved daughter Fatimah.  He kissed her and whispered some words in her ear.  Fatimah wept and her father drew her close and whispered again, she smiled.  When Prophet Muhammad’s wife Aisha asked her about the conversation she replied, “He first told me that he would meet his Lord after a short while and so I cried.  Then he said ‘Don’t cry for you will be the first of my household to join me.’ [7]  So I smiled.” In another narration Prophet Muhammad is said to have told Fatimah that she would be the leader of the women of Paradise.[8]

Fatimah is one of the four great women of Islam.  She was a wife and a mother but before that she was first and foremost, a daughter.  One of the most distinguishing characteristics of a Muslim daughter is her treatment of her parents.  Fatimah was kind and respectful, and full of compassion and love.  She learned her manners from the lady Khadijah; she learned forbearance from her father.  God fashioned a daughter worthy of emulating.

Previous: The Great Women behind Great Men (part 3 of 4): The Wife