The Great Women behind Great Men (part 3 of 4): The Wife

Description: Khadijah, the wife of Prophet Muhammed, may the mercy and blessings of God be upon him.

“And among His Signs is this that He created for you mates from among yourselves, that you may dwell in tranquility with them, and He has put love and mercy between your hearts.” (Quran 30:21) 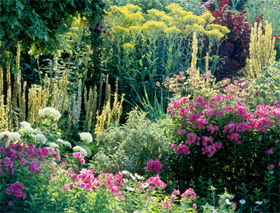 Love and mercy between your hearts is a beautiful way to describe a tranquil relationship between a man and a woman. Marriage is a sacred contract, one made not between a man and woman but between a couple and God. It is a relationship where rights and responsibilities are clear and the purpose is to please God by striving to secure a place in Paradise.  Just as mothers are able to exert great influence over their sons, wives too are able to influence their husbands. Great women, woman who love God above all else are a mercy and their husbands are often great men due to the unwavering support they receive from their wives.

Prophet Muhammad, may the mercy and blessings of God be upon him, said, “The best among you are those who are the best to their wives.”[1]  Why would he have made this clear on numerous occasions? Possibly because a partnership built on love and mercy cannot help but be successful, whereas a relationship built on dominance and mistrust rarely succeeds except in heartache and sorrow. Another reason might be due to the fact that in pre-Islamic Arabia females were so undervalued that baby girls were buried alive and women were owned like livestock.

One of the greatest role models for women, particularly wives, was born in this time of ignorance, yet she was able to rise above the discrimination around her and have one of history’s most successful marriages. She was Khadijah, the first, and for 25 years, the only wife of Prophet Muhammad. What do we know about Khadijah that made her such a fantastic wife and incredible role model?   Why do we consider Khadijah, the daughter of Khuwaylid, to be a great women standing by the side of a great man?

Khadijah was 40 years old and twice widowed when she married Muhammed, then aged 25, who had not at that stage been granted prophethood. She was an accomplished businesswoman, wealthy in her own right with a reputation of dealing with the disabled, orphans, widows and the poor with kindness and compassion. Just as Prophet Muhammad was known as Al-Amin – the trustworthy one, Khadijah was known as At-Tahira, the pure one. Khadijah was impressed by Muhammad’s honesty when she employed him to trade for her in Syria and on his return to Makkah she defied the conventions of her time and proposed marriage to him. Muhammad accepted eagerly and promptly.

Islam teaches that a woman should always display tenderness and care towards her husband. Khadijah loved and supported Prophet Muhammad through the difficult years of the establishment of Islam. In the spirit of partnership and companionship inherent in a truly Islamic marriage, great men and women find no difficulty helping each other. Prophet Muhammad was known to perform many household chores such as cleaning and mending garments. It was narrated regarding him, “He used to keep himself busy in household chores and went out when the time for prayer came.”[3]

Khadijah, for her part kept a home that was a refuge from the trouble and problems Muhammad faced every day.  She also gave freely of her time and knowledge. She supported her husband with advice, and opinions and generally helped in practical ways. Prophet Muhamad said: “This world is just temporary conveniences, and the best comfort in this world is a righteous woman.”[4] (Wife, mother, daughter)

When Prophet Muhammad first received revelation from the angel Gabriel, it was a very frightening experience. Although it was his habit to spend time alone in a cave meditating and pondering the wonders of the universe he did not expect to be visited by an angel demanding that he, an unlettered man, read. He ran home to his loving supportive wife as soon as he was able, saying “Cover me, cover me!” Prophet Muhammad told her what had happened and expressed his fear. Khadijah did not belittle him or disbelieve him rather she responded to his request to “cover me” and reassured him with kind loving words.

“God would never forsake you. You uphold the ties of kinship, speak the truth, spend money on the needy, give money to the penniless, honour  your guests and help those beset by difficulties”[5]

Consequently Khadijah was the first person to accept the message of Islam and she stood by her husband as family and friends turned against him, and plotted to kill him. As the fledgling band of Muslims grew, Khadijah supported the rise of Islam with her wealth and health. She provided food, water and medicines for the banished and boycotted community. Even though she was not accustomed to deprivation, Khadijah never complained about the poor conditions she was forced to endure nor did she begrudge that all her money went to support her husband in his mission.

Khadijah was the perfect role model for wives in any situation or century. A marriage in the eyes of God makes two people one. They love and protect one another and never lose sight of the big picture. Khadijah understood that her real and everlasting life with Muhammad would be in Paradise where they would not need money nor want for comfort and shelter.

One day the angel Gabriel came to Prophet Muhammad and said, ‘O Messenger of Allah, Khadijah is coming to you with vessels containing food and drink. When she comes to you, convey to her the greeting of peace from God the Cherisher and Sustainer and from me, and give her the glad tidings of a house of pearls in Paradise, in which there is no noise or hard work.”[6]

Khadijah died shortly after the banishment ended, almost surely as a result of the poor conditions she endured. However, the love and mercy between the Messenger of God and Khadijah had continued to grow through their trials and tribulations and not even death could break the ties that bound them. Aisha[7] asked Prophet Muhammad if she had reached what Khadijah had reached in terms of the Prophet’s love. He replied, "She believed in me when no one else did; she accepted Islam when people rejected me; and she helped and comforted me when there was no one else to lend me a helping hand."[8] Aisha’s words also reveal the depth of love that is possible between a man and a woman whose marriage is based on seeking the pleasure of God.

Never did I feel jealous of any woman as I was jealous of Khadijah. She had died three years before he married me. I often heard him praise her, and his Lord, the Exalted and Glorious, had commanded him to give her the glad tidings of a palace of jewels in Paradise: and whenever he slaughtered a sheep he presented (its meat) to her female companions[9].

It is said that marriage is half of one’s religion[10] and this becomes understandable and obvious when we are able to observe a marriage such as that of Prophet Muhammad and Khadijah. This great woman stood beside a great man when he felt lost, alone and worried.

[7] A beloved wife of Prophet Muhammad whom he married after Khadijah’s death.