Description: The nature of conversion stories and the common ground between them, no matter what religion. 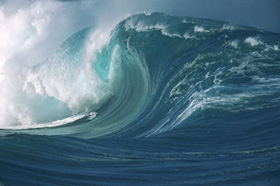 Having repeated been asked about how I became Muslim, and why, I have decided to tell the story one last time, but this time on paper.  However, I feel conversion stories are worthless unless related with the lessons learned, and it is with those lessons that I intend to begin.

No doubt, there is a certain fascination with conversion stories, and for good reason.  Frequently they involve dramatic life-altering events, sufficient to shock the convert out of the materialistic world and into the spiritual.  Those who experience such life dramas are brought face to face with the bigger issues of life for the first time, forcing them to ask the ‘Purpose of Life’ questions, such as ‘Who made us?’  and ‘Why are we here?’  But there are other common elements to ‘conversion’ stories, and one of them is that the convert is humbled to his or her knees at such moments, and looking back, most relate having prayed with sincerity for the first time in their lives.  I have been intrigued by these commonalties, and have noted some significant lessons.  The first, I would say, is that most converts who passed through these moments of trial and panic prayed directly to God, without intermediary, and without distraction.  For example, even those who spent their lives believing in the Trinity, when faced with catastrophe, instinctively and reflexively prayed directly to God, and never to the other proposed elements of the Trinity.

Let me relate a story as example.  A popular television evangelist once had a lady relate her ‘Born Again’ Christian conversion story, which revolved around a terrible boat-wreck, from which she was the sole survivor.  This lady related how during her days and nights of survival against the harsh elements of the open ocean God spoke to her, God guided her, God protected her, etc.  You get the idea.  For maybe five to ten minutes she told her tale, which was indeed dramatic and captivating, but throughout the story she related how God did this, God did that, and seeking His favor, she prayed to God and to God Alone.  However, when she was saved by a passing ship, she described how the minute she landed on the ship’s deck she threw her arms open to the heavens and yelled, “Thank you, Jesus.”

Well, there is a lesson there, and it relates to sincerity.  When in the panic and stress of circumstance, people instinctively pray to God directly, but when conceiving themselves safe and secure they frequently fall back into previously held beliefs, many (if not most) of which are misdirected.  Now, we all know that many Christians equate Jesus with God, and for those who would like to argue the point, I just suggest they read my book on the subject, entitled The First and Final Commandment (Amana Publications).  For all others, I would just continue by saying that the real question is ‘Who truly is saved?’  There are countless convert stories, all telling how the God of this or that religion saved the person in question, and all of these converts conceive themselves to be upon the truth by nature of the miracle of their salvation.  But as there is only One God, and therefore only one religion of absolute truth, the fact of the matter is that only one group can be right and all others are living in delusion, with their personal miracles having confirmed them upon disbelief rather than upon truth.  As God teaches in the Holy Quran:

“…God leaves astray whom He wills and guides to Himself whoever turns back [to Him]” (Quran 13:27)

“So those who believe in God and hold fast to Him – He will admit them to mercy from Himself and bounty and guide them to Himself on a straight path.” (Quran 4:175)

As for those astray in disbelief, they will be left to stray, as they themselves chose.

But the strength of belief, even when misdirected, is not to be underestimated.  So who is going to become Muslim based upon my conversion story?  Only one person -- me.  Muslims may find some encouragement in my story but others may be left empty, just as Muslims sigh and shake their heads in despair when hearing others relate the ‘miracles’ which followed prayers to patron saints, partners in the Trinity, or other distractions from the One True God.  For if a person prays to something or someone other than our Creator, who, if not God, might be the one answering those prayers?  Could it just possibly be a certain one who has a vested interest in confirming those who are astray upon their particular flavor of disbelief?  One whose dedicated purpose is to lead mankind astray?

However a person chooses to answer those questions, these are issues addressed at length in The First and Final Commandment , and those interested can investigate.  But for now, I will tell my story.

Next: Laurence Brown, Medical Doctor, USA (part 2 of 2): Being True to a Promise