The First Migration (part 2 of 2): Come to a word that is just between us and you

Description: A refuge for the first Muslims and a secret conversion.

“Good is (the reward) for those who do good in this world, and God's earth is spacious so if you cannot worship God at a place, then go to another...” (Quran 39:10) 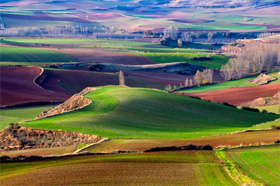 Muslims will often say to those of the Christian faith, “We love Jesus too”.  Muslims have a deep affection for Prophet Jesus as they do for all of God’s prophets.  This point became obvious to the King of Ethiopia and it caused the King, his priests, and possibly others at his court to understand how close the two religions, Islam and Christianity, are.

“ ...and you will find the nearest in love to the believers (Muslims) those who say: “We are Christians.”  That is because amongst them are priests and monks, and they are not arrogant (they do not reject the truth).” (Quran 5:82)

Let us revisit what we learned in part 1.  In the fourth year of prophethood, God’s messenger Muhammad, may the mercy and blessings of God be upon him, sent a small band of Muslims to Ethiopia.  Among them were the weakest converts to the new religion.  Prophet Muhammad believed that the King of Ethiopia, being a devout Christian, would give his people sanctuary and treat them with compassion.  The Meccan leaders however refused to let the new Muslims find relief and hastened to send their own emissaries to slander and defame them.

The King, who was wise and just, made sure he heard both sides of the debate.  When each side had stated their case he asked to hear something of the recitation sent down from God.  Jafar recited the opening verses of chapter 19 of Quran, called Maryam in honour of the mother of Jesus.   The following is a small portion of Maryam.

(The angel) said: “I am only a messenger from your Lord, (to announce) to you the gift of a righteous son.”  She said: “How can I have a son, when no man has touched me, nor am I unchaste?” He said: “So it will be, your Lord said: ‘That is easy for Me (God): And We wish to appoint him as a sign to mankind and a mercy from Us (God), and it is a matter already decreed.’ “So she conceived him, and she withdrew with him to a far place (i.e.  Bethlehem valley).” (Quran 19:19-22)

The King and those with him were moved to tears.  Silent tears rolled down their cheeks and soaked into their beards.  The sublime words of Quran melted their hearts, as it had already begun to do in Mecca.  Interestingly most of the people at the Ethiopian court would not have understood Arabic, yet the eloquence and subtly of Quran moved them.  The words were then translated for them.  At this point in the story it is fascinating to realise that God described the Christians as those whose tears overflow when they hear the truth.

And when they who call themselves Christians listen to what has been sent down to the Messenger, you see their eyes overflowing with tears because of the truth they have recognised.  They say: “Our Lord!  We believe; so write us down among the witnesses”.(Quran 5:83)

The King was overcome, and exclaimed, “It appears that these words and those that were revealed to Jesus are from the same source.”  Turning to the Meccan envoys he said, “I will not hand these refugees over to you.  They are free to live and worship as they please under my protection” .This did not please or satisfy the Meccans.  Their mission was to discredit the Muslims and thus the religion of Islam.  The Meccans moved forward with another plan to destroy the fledging religion, in a pathetic attempt to influence the King they declared that the Muslims spoke disrespectfully about Jesus.

After hearing Quran it is unlikely that the King gave their assertion very much credit, however he called the Muslims back into his presence and asked about their belief in Jesus.  Jafar answered truthfully and immediately.  “Our belief in Jesus relies on what our prophet has told us about him; Jesus is God’s servant and messenger who was created by the command of God.  On hearing this, the King declared that this description of Jesus did not differ from their own Christian belief.  The result was that the Meccans left Ethiopia in disgrace, while the Muslims lived in peace and security for several years before they returned to Mecca.

Several years later Prophet Muhammad wrote letters to different rulers throughout the world inviting them to accept Islam as their religion.  Among the first leaders to receive the letter was the King of Ethiopia.   What follows is an approximate translation of that letter.

I begin with the Name of God, the Most Merciful,  the Most Gracious.  From Muhammad, the Messenger of God, to the King of Ethiopia.

Peace is for the one who follows the right guidance and believes in God and His Messenger.  I bear witness that there is no god worthy of worship but Allah.  He is one and has no partners.  He has neither wife nor child.  And Muhammad is His slavet and His Messenger.

I call you to accept Islam.  I call both you and your army towards Allah, Who is worthy of all respect and esteem.  I have thus discharged my duty of conveying His message and advice.  You should accept it, May peace be on the followers of the guidance.

“O people of the Scripture (Jews and Christians): come to a word that is just between us and you, that we worship none but God (alone), and that we associate no partners with Him, and that none of us shall take others as lords besides God.” (Quran 3:64)

The king received the letter with great respect and he accepted Islam, despite the objection of his family and the Church.  He replied to the letter saying, “O Prophet of God, I had the honour of seeing your esteemed letter.  I swear by the God, that Jesus is nothing more than what you have described.  I bear evidence that you are a true Prophet of God and I have taken an oath of allegiance to God and His prophet.)  If you will so order, I will present myself to you.  May peace and blessings of God be upon you”.

We place great credence in this final chapter of the story of the King of Ethiopia because when it was revealed to the Prophet that the King, whom he had never met, had passed away, the Prophet offered the first funeral prayer in absentia for him.

The story of the King of Ethiopia is a small snapshot in time.  It teaches us about the manners and diplomacy between Prophet Muhammad and the noble rulers of the time.  It shines a light on the closeness of the two religions, Christianity and Islam.  Prophet Muhammad knew that truly pious Christians were, and still are, but a step away from the religion of Islam.  The eloquence of Quran is able to penetrate the hearts of whomever God chooses to guide and the religion of Islam is open to all, king or commoner, rich or poor, black or white.

Previous: The First Migration (part 1 of 2): Linked by their Love for Prophet Jesus

Mashallah I love this website..I recently became a muslim, i used to be christian and alhamdulillah that Allah has open my eyes and heart..Thank you for making websites like this where it gives people opportunity to learn more about islam. May Allah bless you for your work..

Mashallah! it is really a great history, indeed Islam is the only religion of truth Alhamdulillah we thank Allah for been Muslims and may Allah clean the heart of many people like he did to that Ethiopian King and May ALLAH give him jannatul firdose to the King for welcoming the messengers of the Prophet with respect and listened to them. May Allah forgive our sins and May Allah bring peace to Muslim world and ease the suffer among us from all over this world and keep the evil away from us, ameen!!