Funeral Rites in Islam (part 3 of 3): Condolences and Comparisons

Description: What happens after the burial and how Islamic practices compare with other religions. 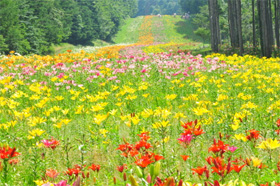 One of the practices prevalent before Islam was excessive wailing and lamenting for the dead.  This was denounced by Islam and is strictly forbidden.  Prophet Muhammad, may the mercy and blessings of God be upon him, made this abundantly clear when he told his companions and thus the believers until the end of time, ‘the deceased suffers when someone bewails loudly’.[1]  No amount of wailing or grieving can change the situation or bring the dead back to life, therefore Islam insists that death be handled with dignity and acceptance of God’s decree.

A woman may mourn the death of a loved one for three days.  This period is considered long enough for a person to immerse himself in grief and sadness.  Islam emphasizes that death is not the termination of a person rather it is the beginning of a journey, from a transient stop to life everlasting.  The only exception to this duration is at the death of a woman’s husband.

It is prohibited for a woman who believes in God and the Last Day to mourn for a deceased person for more than three nights, except for her husband.[2]

A wife must observe a mourning period, known in Islam as iddah, of four months and ten days for her deceased husband.  This period is considered an extension of her marriage and she is not allowed to receive any new proposals of marriage during this time.  This period is prescribed for widows in order that they mourn the death of their husbands, fulfill any required obligations and to see if the widow is pregnant.  If pregnancy is confirmed then the mourning period is extended until delivery.

Offering condolences to the relatives and friends of the deceased is an important act of kindness.  It is not limited to three days, and can be extended for as long as there is a need.  Offering condolences means sharing in the grief and helping to lighten the feelings of sadness and misfortune, however it also means gently reminding the bereaved to be patient and accept the will of God.  The words should be chosen carefully and offered with sympathy.  Among the actions recommended at the time of offering condolences are to leave relatively quickly, unless the family requires and asks for assistance, and to prepare food for the grieving family.

So far we have learned a great deal about Islam’s attitude towards dying, death and funerals.  The overall theme encompasses complete submission to the will of God, being patient in the face of adversity and simplicity involving a distinct lack of worldly rituals and procedures.  The basic procedures of washing, shrouding, prayers and burial are exactly the same for every believer, be he rich, poor, black, white, a king or a commoner, young or old.  We now take a brief look at the funeral rites of other religions to further emphasize the uncomplicated rites inherent in Islam.

Cremation, a practice forbidden in Islam is practiced in many parts of the world and in many religions.  In Hinduism, cremation is the primary mode of body disposal.  Taken from the belief that the soul could not enter a new body until its former one had totally disappeared, cremation is considered the fastest way to expeditiously dispose of the body.  Antyesti funeral rites are important sacraments in Hindu society.  While extensive texts of such rites are available there is wide inconsistency in theory and practice, and procedures differ depending upon the location, caste, social group, and the status of the deceased person.

In Sikhism the preferred method of disposal is cremation, and the ashes are taken to be submerged in the nearest river.  In Japan it is estimated that 99.81%[3]  of all deceased persons are cremated, the majority of them after a Buddhist ceremony.  However before the 20th century most bodies in Japan were buried and cremation was limited to the wealthy.

In a Buddhist funeral a wake is performed before the burial, this involves a special prayers and giving of condolence money by the guests who are in turn given departure gifts based on the value of their condolence contribution.  After cremation the guests return to pick the bones of the deceased out of the ashes with chopsticks, transferring them to urn feet first.  In some cases, the ashes of the deceased will be divided between more than one urn for transporting to different locations and depending upon the local custom, the urn may stay at home of the deceased for a specific number of days before being transported, to the grave site.

Some African funeral ceremonies are purely animist, and without any set ritual.  Often the females of the deceased wail loudly and sometimes work themselves into a frenzy heightened by the use of alcohol.  The funeral service may last as long as a week.

Chinese funerals and burial customs are determined by the age of the deceased, the cause of death, the marital status and the deceased's status and position in society.  Improper arrangements are believed to bring ill fortune and disaster on the family of the deceased.  A Chinese Buddhist funeral ceremony traditionally last 49 days but if finances are an issue, this period may be shortened to 3 days.  It is customary for the daughters of the deceased to pay for the funeral expenses.

The Zoroastrian religion strictly prohibits burying dead bodies in the ground, cremation and disposal in waterways of any kind.   In accordance with religious injunctions, Towers of Silence (circular raised structures for the exposure of the dead) are built with a view that they may last for centuries without the possibility of decaying bodies polluting the earth or contaminating any living beings.   The deceased is carried to the Tower of Silence on an iron bier by official corpse-bearers and is followed in procession by the mourners, dressed in white flowing robes, walking behind in pairs and joined hand in hand by holding a white handkerchief.

Once at the tower the body must be exposed and left without clothes so that birds of prey are able to completely devour the body.  As a post script, now days in large cities such as Mumbai, there are serious concerns about the sanitary conditions at Towers of Silence due to the fact that birds of prey[4]  no longer exist in numbers great enough to dispose of the number of bodies left to decay.

Death is a very painful and emotional time both for the dying and the loved ones left behind.  The simplicity of Islam’s rites and rituals fill the believers with hope.  Hope of life everlasting surrounded by their loved ones and hope in God’s forgiveness, mercy and justice.

Previous: Funeral Rites in Islam (part 2 of 3): The funeral prayer and burial

May Allah Bless us, and grant us paradise.

Great information, exactly what, I needed to know. I give you a world of thanks and blessings for being. The Lord has a special place for you.. Thank you!