Funeral Rites in Islam (part 1 of 3): Everyone Shall Taste Death 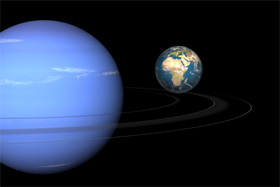 In this still sparkling, bright 21st century many of us have forgotten about death.  It is a scary stranger.  One we do not dare think about for fear that it will creep up behind us and take us away from the only life we know.  In the past however, death was an ever present friend.  People were born and died at home, surrounded by family or friends; death was accepted as an inevitable part of life.  Death has become a stranger confined to cold hospital mortuaries and quiet, manicured funeral homes.  The rights of the dying and the dead are no longer of paramount concern.

Death will come for each and every one of us.  Prophet Muhammad, may the mercy and blessings of God be upon him, said, “Remember often the destroyer of pleasures (i.e. death)”.[1]  The religion of Islam has not forgotten death, nor has it forsaken the rights of the dying.  Islam provides us with a complete set of instructions for the one who is dying, those who are present at the time of death and those responsible for burying the deceased individual.

How those facing death should behave

Death is inevitable however there are certain things that a believer can do to prepare for his departure to life everlasting.

The first is to remain patient in the face of an event over which we have no control, and those suffering illness or injury should refrain from accusing or cursing God for his or her misfortunes.  There are many authentic sayings and traditions from Prophet Muhammad that explain how and why illness and injury expiate sins and evil deeds.  On this web site you will find articles that go into great detail about the benefits of patience and accepting the will of God[2]. Prophet Muhammad said:

When faced with any degree of pain and suffering it is generally not permitted to complain and whine about God’s decree.  However, Islam tells us that it is permissible to cry directly to God and lay before Him all our fears, pain and suffering.  Prophet Jacob cried out to God when he feared the loss of both his beloved sons, Joseph and Benjamin.

Knowing that it is God alone who has control over our lives means that a believer is able to hover between the states of fear and hope.  Fearful, due to the nature and number of sins he has acquired but hopeful that God will forgive them all and provide shelter from everything that he dreads.  A believer facing death must put his trust in God, knowing that God’s decree is without a doubt the best, most just decision.

Before death overtakes him a believer must also make sure that his affairs are in order.  He must write his will and try to settle any debts.  Prophet Muhammad commented on both these issues.  It is the duty of a Muslim who has anything to bequeath, not to let two nights pass without writing a will about it.[3]  A believer’s soul remains in suspense until all his debts are paid off.[4]

How the one dealing with a dying person should behave

The sick person should be gently reminded that even sickness has a positive side.  It is expiation from past negligence or error and it is a source of great reward for one who trusts God and bears the ordeal with patience.  When visiting a sick or dying person a believer should pray and make supplications.  According to the Prophet’s beloved wife Aisha, with whom God is pleased, whenever he visited a sick person he would pray using the following words:

Lord of mankind, remove the affliction from this patient for You alone are the healer, none can be healed unless healed by You: heal him so completely that the affliction is removed completely.[5]

If a believer visits a non Muslim patient, he should seek help from God and invite the patient to accept Islam.

One of the most important things to remember about a sick or injured believer is that the angels gather around him.  The words spoken at the bedside should be gentle, kind words, full of supplications because the angels gathered there respond by saying ‘Ameen’ (this means: O God respond) to all that is uttered.  The patient should also be asked what he desires and the believer must do his best to deliver it.  Perhaps it is food or drink, to send a message or to see a particular family member or friend.

A dying person sees what we do not see.  He may drift in and out of consciousness.  He may become very weak, hearing, but unable to reply.  This is known as the ‘death struggle’ and it is full of agonies we cannot imagine.  When Aisha spoke about Prophet Muhammad’s death she said, “At the time of his death, he (Prophet Muhammad) dipped his hand in a water container and wiped it across his face saying, ‘There is no true deity but God! Indeed death is full of agonies’.”

There are a number of things that can be done to ease a dying person’s mind and help him to cope with the agonies.  If it will not cause any discomfort he should lie facing the qibla, either on his right side or back.  He can be prompted, very gently without any insistence to say the words, ‘there is no true deity but God.’  If possible these should be his last words before dying.  A dying person should never be left alone and wetting his lips or putting a few drops of water in his mouth may ease his suffering somewhat.

In part 2 we will discuss what to do after death and the funeral.

Next: Funeral Rites in Islam (part 2 of 3): The funeral prayer and burial

What a nice article... I really enjoyed reading it it. Jazakhallahu khairan, may Allah reward you abundantly and make jannah our abode. May we be among those He will say peace be with you.. I am please with you!