A Brief Look At Islam’s Contribution to Mathematics

Description: Explanation and examples of the profound contribution of Muslims scholars to the field of mathematics. 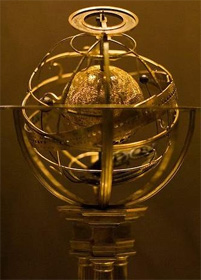 Following the collapse of the Roman Empire at the beginning of the 5th century man’s concern was primarily focused upon security and stability, whilst art and science were neglected.  For two hundred years all progress stagnated in the wake of barbarian invasions and the resulting lack of maintenance of public works, such as dams, aqueducts and bridges.  With the advent of Islam in the 7th century a new type of society emerged, which quickly established its supremacy and its constructive identity in large sections of the known world.  The citizen, whether Muslim or not, soon became confident in the future stability of his environment, so that trade not only reached its previous levels but also began to expand.

In an empire that stretched from the Pyrenees to India, security of communications was vital.  The resultant priority given to safety of travel provided a stimulus to trade.  There followed a rapid expansion of commerce in which the economic strengths of the Sassanid[1], Byzantine, Syrian and western Mediterranean areas were united.  The establishment of an efficient fiscal system meant that the state could now invest in large public works projects: mosques, schools (madrasas), public baths, palaces, markets and hospitals.  Princes and merchants became patrons of intellectual and scientific development.  Trusts (waqf) were created to provide better education.

This sponsorship engendered a creative enthusiasm and a flowering of scientific works and scholarly research.  The world in effect became greater as mathematicians, geographers, astronomers and philosophers all contributed to a gradual but definite extension of the horizons of man’s existence.   The dividend of all this expenditure on learning made an immense contribution to the sum of the increase in man’s scientific knowledge that occurred between the 9th and the 16th centuries.

Foremost in the achievements of Muslim scholars was the treatment of numbers.  It is impossible to conceive how science could have advanced without a sensible logical numeric system to replace the clumsy numerals of the Roman Empire. Fortunately, by the 9th century the Muslim world was using the Arabic system of numerals with the essential addition of the zero.  Without the latter, it was impossible to know what power of ten accompanied each digit.  Hence 2 3 might mean 23, 230 or 203.  The introduction of this numeric system with its zero was thus the ‘sesame’ of scientific advancement.

The new numeric system did not only affect science.  Its value was manifest in many aspects of daily life, from the calculation of customs dues, taxes, almsgiving (zakat) and transport charges, to the complexity of divisions of inheritance.  A further useful innovation was the mine of separation in fractions, which eliminated many frustrating confusions.

Islamic civilization produced from roughly 750 CE to 1450 CE a succession of scientists, astronomers, geographers and mathematicians from the inventor of Algebra to the discoverer of the solution of quadratic equations[2].   The list is far reaching, some are well known whilst others remain anonymous.  One of the major advances was contained in the work of Al-Khawarizmi[3], who wrote a mathematical work called “Al-Jabr wa Al-Muqabala” (820 CE)[4], from whose title is derived the name “algebra”, this book may be considered the first book written on the topic of algebra.  Amongst the achievements that Al Khawarizmi left to posterity were: (1) Solutions to first and second-degree equations with a single unknown, using both algebraic and geometric methods. (2) A method of algebraic multiplication and division.

Al Khawarizmi[5]  defined three kinds of quantities: (1) Simple numbers, such as 5, 17 and 131.  (2) The root which is the unknown quantity ‘shay’ in Arabic meaning “a thing” However, in translations made in Toledo, (the centre for translation of Arabic books), the absence of a “sh” sound in the Spanish language meant that a suitable letter had to be chosen.  The choice fell upon “x”, which may well explain why Don Quixote is often pronounced as “Don Quishote”.  (3) “Wealth” (mal) the square of the root (x²).

The algebraic equation expressing the Golden Ratio could therefore be written as: “x:y = (x + y)/x”.  Another virtuoso of algebra was Abu Kamil, a 10th century mathematician nicknamed the “Egyptian calculator”.  He was capable of rationalizing denominators in expressions that involved dealing with powers of x (the unknown) as high as the eighth and solving quadratic equations with irrational numbers as coefficients.  Al Biruni (9th/10th centuries) mathematician and physicist, worked out that the earth rotates on its own axis and succeeded in calculating its circumference.  Abu Bakr Al Karaji (10th century) is known for his arithmetization of algebra[6].  He also drew the attention of the Muslim world to the intriguing properties of triangular arrays of numbers (Berggren 1983).  Al Nasawi (10th century) and Kushyar Ibn Labban worked on problems of the multiplication of two decimals.  Subsequently Kushyar explained the arithmetic of decimal addition, subtraction and multiplication and also how to calculate square roots.  Abu Al Hassan al Uqlidisi (Damascus 10th century) invented decimal fractions, which proved useful for judges (qadis) in inheritance decisions.  Al Karkhi (d.1019) found rational solutions to certain equations of a degree higher than two.

Mohamed Al Battani[7] (Baghdad 10th century), mathematician and astronomer, computed sine, tangent and cotangent tables from 0° to 90° with great accuracy.  One of his works: Astronomical Treatise and Tables (Al-Zij), corrected Ptolemy’s observations on the motion of the planets.  Al Samaw’al Ben Yahya al Maghribi (1171) drew up charts of computations of long division of polynomials; one of the best contributions to the history of mathematics.  Ibn Shatir Al Muwaqqit (Damascus 1375 CE) was an astronomer and the timekeeper of the Damascus mosque.  His treatise on making astronomical devices and their usage and his book on celestial motions bear great resemblance to the works of Copernicus (1473-1543 CE).  Ghiyat al Din al Kashi (1427 CE) raised computational mathematics to new heights with the extraction of fifth roots.  He also showed how to express the ratio of the circumference of a circle to its radius as 6.2831853071795865, identical to the modern formula 2pr.

[3] Abu Ja’far Muhammad Ibn Musa al-Khwarizmi was born in Khwarizm, in present-day Uzbekistan. He thrived in Baghdad under the patronage of the Abbasid Caliph, Al-Mamun, between 813 and 833.

[4] Several of his books were translated into Latin in the early 12th century. In fact, his book on arithmetic, “Kitab al-Jam’a wal- Tafreeq bil Hisab al-Hindi”, was lost in Arabic but survived in a Latin translation. His book on algebra, “Al-Maqala fi Hisab-al Jabr wa-al- Muqabilah”, was also translated into Latin in the 12th century, and it was this translation which introduced this new science to the West “completely unknown till then”.

[5] A celebrated mathematician in his own time, as well as many centuries later, Al-Khwarizmi is best known for introducing the concept of algebra into mathematics. The title of his most famous book, Kitab Al-Jabr wa al-Muqabilah (“The Book of Integration and Equation”) in fact provides the origin of the word, algebra. Over the course of his work in mathematics, Al-Khwarizmi introduced the use of Indo-Arabic numerals, which became known as algorithms, a Latin derivative of his name. He also began using the zero as a place-holder, paving the way for the development of the decimal system.

[7] Born 858 near Harran, near Urfa, Syria. Died 929. He is otherwise known as “Albategnius”, and was a Muslim astronomer and mathematician. He made important accurate measurements of the stars, moon and planets. His measurements and methods were used by later astronomers. He showed that the position of the Sun’s apogee, or farthest point from the Earth, is variable and that annular (central but incomplete) eclipses of the Sun are possible. He improved Ptolemy’s astronomical calculations by replacing geometrical methods with trigonometry. From 877 he carried out many years of remarkably accurate observations at ar-Raqqah in Syria. His principal written work, a compendium of astronomical tables, was translated into Latin in about 1116 and into Spanish in the 13th century. A printed edition, under the title De motu stellarum (“On Stellar Motion”), was published in 1537.

This is a great site for an essay. I am doing one on Islamic math, and found this site helpful.