Description: The Concept of God in Buddhism. 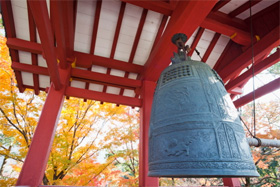 In Buddhism,[1]  the ultimate goal is to break the cycle of rebirth and achieve enlightenment or nirvana.  Nirvana is a transcendental state in which there is no suffering, desire, or sense of self.   The Buddha however, did not give a complete definition of nirvana.  It is worth noting that the term Buddha most commonly refers to the founder of Buddhism, Siddartha Gautama, however any person who has achieved full enlightenment, or nirvana, may be referred to as a Buddha.

In most religious groups and traditions the key belief is the acceptance of a Supreme Being, in other words, a Creator God.   In all Buddhist traditions however, the key belief is the importance of meditation.  It is considered the path to liberation – the end of human suffering.  Buddhists do not believe in either a creator or personal God, in fact Buddhism rejects such a notion and considers God a response to human fright and frustration. According to Buddhist ideology humans create the idea of God to console themselves in a fear filled and hostile world.

Primitive man lived in fear of wild animals and natural phenomena such as thunder and lightning.  Buddhists believe that the concept of God arose out of this fear; they also consider that there is no evidence or research to prove that God exists thus God is not necessary for human beings to have a happy or meaningful life.  After all, Buddhists say, millions of people are, and have been happy without any belief in gods or God.  On the other hand, Muslims know with certainty that true happiness is not achievable without submission to the will of God.  Fear and frustration, says Islam, can only be conquered by complete and total trust in God.

Although Buddhism has no one all powerful Creator God, Mahayana Buddhists worship bodhisattvas.   They are god-like people who have gained enlightenment and could enter Nirvana but chose to stay in the world to help others.  Some Mahayana schools that flourished outside India do ascribe some degree of divinity to a transcendent Buddha (anyone who has attained enlightenment), however this is not comparable to the God of monotheistic religions such as Islam.  In some Buddhist sacred texts Buddha (Siddartha) refutes the claims of one of these gods and shows him to be subject to Karmic law.

The concept of Karma existed before the advent of the Buddha (Siddartha) but he defined and explained it.  Put into plain words, the law of karma explains the inequalities that exist between people.  According to Buddhism, inequality is the result of our own past actions and our own present doings.  We ourselves are responsible for our own happiness and misery.  We create our own Heaven or Hell; we are in fact the architects of our own fate.   Buddhism tells us that nothing is fixed or permanent, change is possible, and actions have consequences.   A concept that could be compared to the Christian theory of reaping what you sow or the verse from Quran that states,

In direct contrast to Buddhist belief Islam teaches that there is One, All Powerful Creator God, Sustainer of the universe, all merciful and oft forgiving.   He is alone, without partners or associates.

According to many Buddhist web sites and books Buddhism is not about believing or not believing in God, it is about recognizing that such a belief is not useful when trying to attain enlightenment.   Buddhism is not atheism it is essentially nontheism.  Why then, you may wonder, is it common to see people throughout Asia praying to, or making devotional offerings to representations or iconography of the Buddha?

When a Buddhist makes offerings of flowers or food he is showing respect to Buddha, he gives flowers and incense for the shrine and food for the monks.  When a Buddhist prostrates before an image, he acknowledges that the Buddha attained perfect enlightenment.  In contrast, when a Muslim prostrates there are no images or iconography; the Muslim touches his forehead to the ground declaring his complete submission to God, who is alone without partners, offspring or intermediaries.

In the 5th century BCE, after Siddartha supposedly achieved enlightenment, the Buddha and his followers travelled widely throughout India spreading the message.  Buddhism, in its various forms, was soon found across India and in Sri Lanka, South East Asia, China, Korea, Japan, Tibet, Nepal and Mongolia.  Even now, so many years later, Buddhism continues to spread into the western world.

[1] Please refer to the footnotes of Article 1 and (http://www.buddhist-tourism.com/buddhism/)

Previous: What is Buddhism? (part 1 of 2): The Path to Enlightenment

It's been interesting to me regarding Buddhism, that a religion claiming no ultimate Creator seems to have numerous deities under the surface, and in Zen the dragon as well. Although I personally believe a plant-based diet is the higher path and meditation can be a wonderful thing, so far, I choose Islam, because Islam is the only religion I've come across that is truly free of idols and idolatry. I am continuing to study. It's interesting to me that no Zen center has had the courage to simply reject the statues, and incense, and rituals. I won't bow to any Buddhist statues. Some even claim that when you bow to a statue, you are bowing to an aspect of your self. Hmm. I would rather bow only to Allah. I nor any other deity is worthy of being bowed to. However, I do wish more Muslims were vegans or vegetarians when this is possible. Better for digestion, and less demand on animal production and suffering.