What is Scientology? (part 1 of 2): The Eclectic Religion 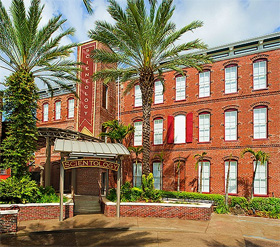 Scientology has been called the world’s most significant new religion, and Scientologists themselves claim to draw on 50,000 years of wisdom.  However apostates from Scientology claim it is a vicious, dangerous cult masquerading as a religion. No matter which description we choose, the fact remains that Scientology is a controversial, mysterious religious movement, with more than 10 million members in around 160 countries across the globe. In this series of articles, we hope to delve into this puzzling movement, and find the answer to several intriguing questions. Is Scientology a religion or an evil cult?  What exactly does a scientologist believe, and how do these beliefs compare to the religion of Islam?

What do scientologists believe?

The official scientology web site[1]  states that “Scientology is a religion that offers a precise path leading to a complete and certain understanding of one’s true spiritual nature and one’s relationship to self, family, groups, mankind, all life forms, the material universe, the spiritual universe and the Supreme Being”.  From this we can easily deduce that scientology does acknowledge God, or what they refer to as the Supreme Being.

“Scientology comprises a body of knowledge which extends from certain fundamental truths. Prime among these are, that man is an immortal spiritual being, his experience extends well beyond a single lifetime and his capabilities are unlimited, even if not presently realised.”  In this statement we can see that scientologists believe in some form of reincarnation perhaps not dissimilar to the Eastern religions such as Hinduism or Buddhism.

Scientology further holds humankind to be basically good, and believes his spiritual salvation depends upon himself, his fellows and his attainment of brotherhood with the universe.  This is a very pleasant sentiment, not unlike most of the religions that exist in the world today.  The ultimate goal, scientologists say, is true spiritual enlightenment and freedom. This they exhort is achieved by applying Scientology’s principles and observing or experiencing the results.

The founder of scientology L Ron Hubbard began his studies of the mind and spirit in 1923, resulting in a 1938 manuscript entitled Excalibur.  It was in this unpublished work that the word Scientology first appeared to describe what Mr. Hubbard termed “the study of knowing how to know.”  Hubbard expanded on his studies by writing a manuscript detailing an actual therapy easily applicable to the average person.

The book describing the therapy, Dianetics - the Modern Science of Mental Health, was Hubbard’s masterwork and the basis of Scientology. It provides the means by which practitioners discover past lives. Pressing Hubbard’s application and research even further resulted in the accomplishment of exteriorization—demonstrating the spirit (thetan) is indeed separable from the body and mind.

The official scientology web site states ~ Although Dianetics and Scientology were founded by L. Ron Hubbard, and all the scriptures are solely comprised of his writings and recorded lectures, he nonetheless wrote: “Acknowledgment is made to fifty thousand years of thinking men without whose speculations and observations the creation and construction of Dianetics would not have been possible. Credit in particular is due to: Anaxagoras, Thomas Paine, Aristotle, Thomas Jefferson, Socrates, René Descartes, Plato, James Clerk Maxwell, Euclid, Charcot, Lucretius, Herbert Spencer, Roger Bacon, William James, Francis Bacon, Sigmund Freud, Isaac Newton, van Leeuwenhoek, Cmdr Thompson (MC) USN, Voltaire, William A. White, Will Durant, Count Alfred Korzybski and my instructors in atomic and molecular phenomena, mathematics and the humanities at George Washington University and at Princeton.”

The men Hubbard acknowledges are an interesting mix of the great philosophers, thinkers, psychologists and politicians. By perusing the list one is able to see why scientology has been described as a religious philosophy. However, is a philosophical form of psychology really a religion? A clear and workable definition of religion is very difficult to find, however the online dictionary[2] refers to it as “a set of beliefs concerning the cause, nature, and purpose of the universe especially when considered as the creation of a superhuman agency or agencies, usually involving devotional and ritual observances, and often containing a moral code governing the conduct of human affairs.”

Scientology does acknowledge the existence of a Supreme Being although to the uninitiated it seems to lack a clear vision of an afterlife where one is punished or rewarded. It does have a moral code or set of values calling for universal brotherhood, however instead of ritual and devotional observances scientology has auditing. Auditing is the process of asking specifically worded questions designed to help one find and handle areas of distress often deeply buried in the psyche. Auditing is done with the aid of an E-meter. This is an electronic device that measures electrical resistance and skin conductance. It may in some sense be ritualistic but it is hardly devotional.

According to Rolling Stone magazine Scientology is unique among religious faiths, in that charges for virtually all of its religious services. Auditing is purchased in 12.5-hour blocks, known as intensives. Each intensive can cost anywhere from $750 for introductory sessions to between $8,000 and $9,000 for advanced sessions. Auditing helps a person move through the various levels of scientology until they attain the position of OT or Operating Thetan.

Scientology claims that the term theta describes the life force which animates all living things. This life force, they say is separate from, but acts upon, the physical universe, which consists of matter, energy, space and time (called “MEST” in Scientology). The thetan is what other religions would call the soul or spirit however in Scientology one does not have a thetan one IS a thetan.  An OT therefore is a spiritual state of being where one can handle things without having to use a body of physical means. At this level one deals with his own immortality as a spiritual being and is able to study the very advanced materials of L. Ron Hubbard’s research.

In the 2006 exposé of Scientology by Rolling Stone magazine the French sociologist and expert in comparative religions, Regis Dericquebourg, called Scientology’s belief system a “regressive utopia,” in which man seeks to return to a once-perfect state through a variety of meticulous, and rigorous, processes intended to put him in touch with his primordial spirit. These processes are highly controlled, and, at the advanced levels, highly secretive.

Stephen Kent, a professor of sociology at the University of Alberta, in Canada says, with reference to Hubbard’s science fiction writing background, that “Scientologists see themselves as possessors of doctrines and skills that can save the world, if not the galaxy.”

In part two we will travel to a planet far far away to explore the origin of Scientology’s beliefs, and discuss the likelihood of Scientology being either a cult, and or a business often given to criminal acts.

Next: What is Scientology? (part 2 of 2): From Intergalactic Wars to Federal Prisons