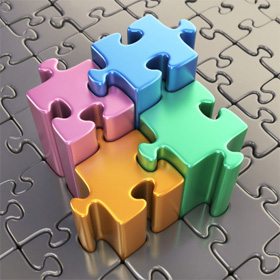 Further to our discussion about the status of women in Hinduism mention must be made of sati, the burning of women on their husband’s funeral pyre.  Sati was prevalent in ancient India, when some women deemed it a great honour to die in this way.  By the 10th century sati, was known across much of the subcontinent and it continued to occur, with regional variations, into the 20th century.  Wives would self immolate to cast away any sins the husband had committed.  This is a voluntary act; however widows were put under a great deal of pressure to do it and were frowned upon if they did not follow the custom.

Ibn Batuta[1]  (1333 A.D.) observed that Sati was considered praiseworthy by the Hindus, without being obligatory.  The Agni Purana[2]  declares that the woman who commits sati goes to heaven.  However,  Medhatiti[3]  pronounced that Sati was like suicide and was against the Shastras, the Hindu code of conduct.  This is another example of Hindu scriptures seemingly contradicting each other.

The Islamic Mughal Empire of the 16th & 17th centuries was the first to try to officially outlaw the practice of sati.  At first women were encouraged to leave the practice by offering gifts and pensions to widows.   Many obstacles to the practice were put in place but sati continued, particularly outside the large cities.   In 1663, an order was issued that in all lands under Mughal control, officials should, under no circumstances, allow a woman to be burnt.  Despite attempts to eradicate it, the practice of sati continued, especially during periods of war and upheaval.  Sadly isolated incidences of sati continue to exist, even though it was officially banned in 1829 and governments since then have continued to make the practice illegal.

Even without the pressure of sati generally Hindu widows are faced with a number of taboos; the higher their caste, the more restrictions a widow faces.  When a man dies, his widow is expected to renounce all earthly pleasures.  She should no longer look attractive, and is expected to wear a simple white sari for the rest of her life.  On news of their husband’s death, widows are expected to break their bangles and can no longer wear jewellery or use sindhoor - the red powder women wear in their hair parting and on their foreheads to denote their married status.  Some are expected to cut their hair or even shave their head.  A widow from the south of India may not even be able to wear a blouse under her sari.

This is in complete contrast to what Islam says about the treatment of widows.  Prophet Muhammad, may the mercy and blessings of God be upon him, said that those who take care of the widows and the poor are like those who spend their days fasting or nights praying.[4]  Widows are able to remarry and continue to lead a full and complete life after a mourning period of four months and ten days.

“And those of you who die and leave wives behind them, they (the wives) shall wait (as regards their marriage) for four months and ten days, then when they have fulfilled their term, there is no sin on you if they (the wives) remarry.” (Quran 2:234)

The caste system exists throughout India, despite being officially banned by India’s secular government in 1949.  It still permeates Indian society affecting the people both directly and indirectly.  The caste system is responsible for the often low status of women in Hinduism, and the current level of violence between Hindus and other religions, particularly Islam.

In the beginning, perhaps as early as 1000 BC, each Hindu belonged to one of the thousands of communities or sub-communities (Jats) that existed in India.  These communities were originally defined by a person’s profession and they were organised into four social castes (Varna).  A fifth group called the “untouchables”(dalits) were outside the caste system.  A person’s caste determined the range of jobs or professions from which they could choose.  Marriages normally took place within the same caste or even sub caste.  Typically, parents passed on their professions to their children.

Originally people were able to move from one caste to another.  However, at some time in the past (estimates range from about 500 BCE to 500 CE), the system became rigid, so that people lived and died in the same group, with no possibility of upward mobility.  “The caste system splits up society into a multitude of little communities, for every caste, and almost every local unit of a caste, has its own peculiar customs and internal regulations.”[5]

The Rigveda, a collection of ancient Vedic Sanskrit hymns dedicated to the gods, defined four castes as, in descending order; Brahmins (the priests and academics), Kshatriyas (rulers, military), Vaishyas (farmers, landlords, and merchants),  the Sudras (peasants, servants, and workers in non-polluting jobs).  The untouchables, not even considered part of the caste system, work in what are considered polluting jobs and are untouchable by the four castes.  In some areas of the country, even a contact with the shadow of an untouchable is considered polluting.

Nowadays practicing untouchability or discriminating against a person because of their caste is illegal.   Due to repeated and enforced government warnings and education the caste system has lost much of its power in urban areas; however the tradition is largely unchanged in some rural districts.  The secular government of India has instituted positive discrimination in order to help the untouchables and lower castes.

Many untouchables have converted to Islam, in recent years.  This has often been motivated by a desire to escape the caste system.  Islam is not founded on race, nationality, locality, occupation or kinship.  Muslims are bound together by faith and brotherhood.  Islam understands that whatever happens in one section of the community will affect all and thus equality is nourished and fostered.  In his final sermon Prophet Muhammad, may the mercy and blessings of God be upon him, said, “Know that every Muslim is the brother of another Muslim.  You are all equal.  Nobody has superiority over other except by piety and good action”.

According to Gospel for Asia, untouchables feel that: “The only way for our people to find freedom from 3,000 years of slavery is to quit Hinduism and (the caste system) and embrace another faith.” This has generated massive anger and even instances of violence and murder, directed at other religions, particularly Islam.

Hinduism and Islam differ in the most basic concepts; we have discussed some of the most obvious differences, including the belief in One true God as opposed to belief in an assortment of gods, and the differences between the status of women in Islam and Hinduism.

Previous: Hinduism (part 3 of 4): The status of women in Hinduism