Equality of Women in Western Tradition (part 1 of 2)

Description: The evolution of western attitude towards women: Greco-Roman and Judeo-Christian tradition. 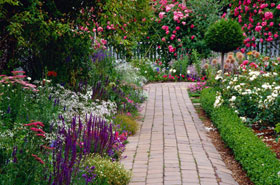 Modern western attitude towards the female gender is a reaction to a long history of subjugation, rooted mainly in Judeo-Christian traditions.  Perhaps, more accurately, one can assert that modern attitudes arose in post-reformation philosophies - ideas that appeared during the ‘era of enlightenment’.  In contrast to this is the Islamic world view, one which finds its basis in the teachings found in the revelation given by God to the Prophet Muhammad.  According to Muslims, the view espoused by Islam can be used by humanity during all ages and times; its relevance and benefit is not restricted to a specific period of history, geographic area, or civilization.  The issue of women is only one of the topics of contention between these two world views, that of the secular liberal humanist view and the second being Islam.  What, after all, is the position and status of women?  Can we say that women enjoy a higher status in one culture and oppressed in another?

The West prides itself as a champion women’s rights, considering itself to be the protector of women all over the world.  Western thinkers are of the position that women in West are progressively receiving more and more rights, while Muslim women are still being suppressed by a medieval religion!

Muslims believe however, that in actuality Islamic ethics provide true freedoms for both men and women alike, and that the West promises a freedom that in realty does not exist, rather only being a modern form of enslavement, packaged in plastic words.

Let us review historically how women were thought of and where they stood in the pyramid of the western tradition.  The West sees itself as the intellectual inheritors of the Greco-Roman tradition, and many Western thought can be traced back to the writings of the early Greek philosophers, such as Aristotle and Plato.  In reading their works, one will see that their image of women was not one quite favorable.  Plato showed his disdain for certain men by comparing them to women.  Bertrand Russell once wrote, “Aristotle maintained that women have fewer teeth than men; although he was twice married, it never occurred to him to verify this statement by examining his wives’ mouths.” [1]  Aristotle spoke of the inferiority of women to men being due to the fact that women are essentially bodies without souls and are hence in need of the direction of the souls of males.[2]

The Church fused much of the Greco-Roman philosophies on women.[3]  Women were damned to bear the pain of childbirth for her sin of inciting Adam to eat the forbidden fruit (Genesis 2:4-3:24).  Women were seen as the source of sin and evil in humans as well as having inherited guilt and guile from the Biblical Eve.  The Bible says:

“I find more bitter than death the woman who is a snare, whose heart is a trap and whose hands are chains.  The man who pleases God will escape her, but the sinner she will ensnare... while I was still searching but not finding, I found one upright man among a thousand but not one upright woman among them all.” (Ecclesiastes 7:26-28)

“No wickedness comes anywhere near the wickedness of a woman...  .Sin began with a woman and thanks to her we all must die.” (Ecclesiastics 25:19, 24)

Jewish Rabbis listed nine curses inflicted on women as a result of the Fall:

To the present day, orthodox Jewish men in their daily morning prayer recite: “Blessed be God King of the universe that Thou has not made me a woman.”

The women, on the other hand, thank God every morning for: “making me according to Thy will.”[5]

[3] For more details please refer to ‘Women In Islam Verses Women In Judeo-Christian Tradition: The Myth & Reality’ by Dr. Sherif Abdel Azeem.  Most of the following quotations are taken from his work.

Your series of articles on Women and Islam are very inciteful and completely to the point. Women in the West believe that they have it so much better. Yet if one looks at their `condition` or even better, if they were to do so, it is plain to see that what they have in fact achieved is not equality, but a degree of `identicallity`. In other words, to become the so called equal of men, they have had to become men, or a poor copy at least. They have had to deny their natural insticts to be wives and Mothers, following the non stop barrage of propaganda in Schools, Universities, in the media and amongst their peers, leading them down a `Darwinian` blind alley. The people of the West are dieing, and nobody seems to care. Girls/Women no longer see their natural roles as Wives and Mothers as being valid or satisfying. Instead, they opt for careers. They avoid marriage, cannot understand men, sometimes experiment with Lesbianism and multiple partners, often leading to empty shallow lives which bring the desperation of loneliness along with all the other neurosis so evident in the modern Western Woman. Meantime, not one Western country is `replacing it`s population. If a woman here does have a child, it`s during her mid 30`s when she is least equipped physically do deal with the often traumatic first years. But of couse, she `farms` the child out to `minders` or Kindergardens` etc and returns to her career. Islam is the natural path. Where a woman can be a woman and be proud of it. Where being a good wife and mother is paramount, and where the relationship between men and women is still valued before God and the people, instead of a pornographic free for all it has become today in the so called `developed world`..

Well said and bravo Denmark! I live in the heart of the American West where it used to be that the roles of homemaker and mother was honored. (This among a religion that virtually killed the Equal Rights Amendment). I am old enough to have lived when a woman had to be just a little bit better than a man at many things to hold some jobs. I never had any trouble finding good employment when I wanted it, instead of "having" to be employed. I never suffered until "women's liberation" came along and lowered my standards. By that time I was starting my family and again was out of step and further disadvantaged. We sacrificed much so I could stay home with our children and see that they enjoyed an excellent education. My children are all in their 30's now and have chosen not to have children in America where their children may well grow up into a world of disasterous climate change, brought about by greed, or to be cannon fodder, a further stage of greed. I have loved being a wife and mother and have loved my marriage of 39 years. I very seriously wonder if I could do it all over again in these days. I really had no reason to know anything about Islam as America is a vast and culturally isolated country but my cousin married a fine Syrian man and has introduced me to Islam which I am finding is a delight!