The Divine Mercy of God (part 1 of 3): God the Most-Merciful, the Dispenser of Mercy

Description: A practical explanation of two of the most oft-repeated names of Allah: ar-Rahman and ar-Raheem, and the nature of the All-Encompassing Mercy of God. 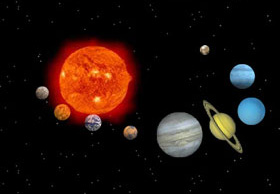 If someone were to ask, ‘Who is your God?’  A Muslim response would be, ‘The Most-Merciful, the Dispenser of Mercy.’  According to Islamic sources, the prophets, while emphasizing God’s judgment, also proclaimed His mercy.  In Muslim scripture, God introduces Himself as:

"He is God, other than whom there is no deity, Knower of the unseen and the witnessed.  He is the Most-Merciful, the Dispenser of Mercy." (Quran 59:22)

In Islamic vocabulary ar-Rahman and ar-Raheem are the personal names of the Living God.  Both are derived from the noun rahmah, which signifies "mercy", "compassion", and "loving tenderness".  Ar-Rahman describes God’s nature of being All-Merciful, while ar-Raheem describes His acts of mercy dispensed to His creation, a subtle difference, but one which shows His all encompassing mercy.

"Say, ‘Call upon God or call upon the Most-Merciful (ar-Rahman), whichever name you call – to Him belong the most Beautiful Names….’" (Quran 17:110)

These two Names are some of the most frequently used Names of God in the Quran: ar-Rahman is used fifty seven times, while ar-Raheem is used twice as much (a hundred and fourteen).[1]  One conveys a greater sense of loving-kindness, the Prophet said:

"Indeed, God is Kind, and loves kindness.  He grants with kindness what He does not grant with harshness." (Saheeh Muslim)

Both are also divine attributes signifying God’s relationship with creation.

"Praise be to God, the Lord of All the Worlds; the Most Merciful, the Dispenser of Mercy." (Quran 1:2-3)

In a prayer which Muslims recite at least seventeen times a day, they start with saying:

These names continuously remind a Muslim of divine mercy surrounding him.  All but one of the chapters of Muslim scripture begins with the phrase, ‘In the Name of God, the Most-Merciful, the Dispenser of Mercy.’  Muslims begin in God’s Name to express their ultimate dependence upon Him and remind themselves of divine mercy every time they eat, drink, write a letter, or perform anything of importance.  Spirituality blossoms in the mundane.  The invocation at the beginning of every mundane act makes it important, calling down divine blessing upon this act and consecrates it.  The formula is a popular motif of decoration in manuscripts and architectural ornamentation. 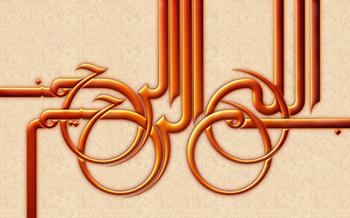 "In the Name of God, the Most-Merciful, the Dispenser of Mercy."  Calligraphy by Yousef, a Dutch artist.

Dispensing mercy requires someone to whom mercy is shown.  The one who is shown mercy must be in need of it.  Perfect mercy is caring for those in need, whereas boundless mercy stretches to those in need or not in need, extending from this world to the wonderful life after death.

In Islamic doctrine, human beings enjoy a personal relationship with the Loving, Merciful God, ever ready to forgive sins and respond to prayers, but He is not merciful in the human sense of feeling sorrow and pity for one in distress.  God does not become human to understand suffering.  Rather, God’s mercy is an attribute befitting His holiness, bringing divine aid and favors.

Stretching to all existence:

Creation itself is an expression of divine favor, mercy and love.  God invites us to observe the effects of His mercy around us:

God loves compassion.  Muslims view Islam to be a religion of mercy.  To them, their Prophet is God’s gift of mercy to all humanity:

Just as they believe Jesus was God’s mercy to people:

One of the daughters of Prophet Muhammad, may the mercy and blessings of God be upon him, sent him the news of his ailing son.  He reminded her that God is the One who gives, He is the One who takes, and everyone has an appointed term.  He reminded her to be patient.  When the news of his son’s death reached him, tears of compassion ran in his eyes.  His companions were surprised.  The Prophet of Mercy said:

"This is compassion God has placed in the hearts of His servants.  Of all His slaves, God only has mercy on the compassionate." (Saheeh Al-Bukhari)

Blessed are the merciful, for they will be shown mercy, as Prophet Muhammad said:

"God will not have mercy on one who is not compassionate towards people." (Saheeh Al-Bukhari)

Next: The Divine Mercy of God (part 2 of 3): Its Warm Embrace