Description: How a mother of five children discovered Islam at the age of 67.  Part 1: Her early life. 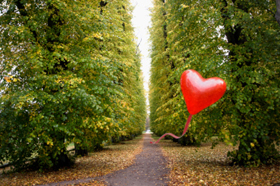 When someone asked me recently how I came into the fold of Islam, I was taken aback and a bit surprised.  For I have never thought of my coming into Islam as having one critical turning point.  When did I first question Catholicism? When did I first want to become a Muslim? The answers to these questions and many others require more thought than I could have ever imagined.  To really answer these questions I have to start at the very beginning so that you understand the point to where I got in my life that led me to finally accept the truth of Islam.  I became a Muslim at the age of 67, and I thank God that He has blessed me to become a believer in Islam.

“So whoever Allah wants to guide - He opens his chest to accept Islam; and whoever He wants to misguide - He makes his chest tight and constricted as though he were climbing into the sky. Thus does Allah inflict the penalty upon those who do not believe.” (Quran 6: 125)

I was raised in a strict Roman Catholic home, the middle daughter of three children.  My father worked hard and long every day.  He would leave early in the morning each day and would return late at night. All of this so that my mother could stay home and take care of my sisters and me.  One very sad and unfortunate day my mother told us that my father had been in a car accident.  He passed away suddenly and our whole world turned upside down.  With all the changes that were taking place, my mother told us that she would now have to go back to work.  My mother, who had once been a nurse, was now forced to work to support us.  She found a job in the local hospital, many times working two shifts.  But with this newfound responsibility, my mother was no longer able to oversee our upbringing.  And although she sent us to Catholic school, her job kept her from keeping a watchful eye on her daughters.

So, with much time to pass and spend, I found myself spending time with my friends at the local cafes.  It was there that I met a very nice Muslim man who later became my husband.  My mother did not know that I was spending time with this man.  In fact, when I told her that I was in love and wanted to get married, she warned that we were from different backgrounds and that we would eventually have problems.  She stated that if there were ever children in our future, problems over religion would undoubtedly develop.  At twenty years old, I could not imagine that we would have any problems in our marriage.  I was so in love and felt so happy that someone would be taking care of me.  My husband was not a very religious man at that time, and deep down I felt that I would be able to get him to convert to Catholicism.  As for us not having the same ethnic background, I considered myself more open-minded and was excited to be embracing a new culture.

Everything seemed to be going along so perfectly for the next several years.  We were happy and not once did culture or religion ever cause us any problems.  God blessed us with a beautiful son and then several years later with a beautiful daughter.  Still, we went along with our lives and I even began taking my children to church with me.  My husband never prevented me from attending weekly Sunday mass.  However, after a few times of my taking our children to church, that is when he spoke to me about his not wanting the children to attend church.  Frankly, I was angry and upset.  “But why not,” I objected.  “Any religion is better than none,” I argued.  I really could not understand the harm in taking them to church.  Up until this point, we had never even discussed religion.  In fact, I had never even questioned that there could even be a different religion than Catholicism.  I was born a Catholic and thought that Catholicism was the right religion.   For explanations that I can’t even put a finger on, it seemed like from this day on, so many problems were now evident.  We argued all the time— about everything and everyone.  Now, little things became a big deal.  Religion became an arguing point between us.  The differences in our cultures became something to argue about.  We argued about in-laws and most unfortunately, we argued on the upbringing of our children.  Everything that my mother warned us about was now coming true.

The only peace and harmony that was now between us was the wisdom, sincerity, concern and love my husband’s father, my father-in-law, had for our marriage.  My father-in-law loved his son and grandchildren, yet also genuinely loved me as a daughter.  He was a very religious and devout Muslim and was a very wise man.  At that time, because I was not surrounded with Islam, my father-in law was the first introduction into Islam I had.  He prayed every prayer, fasted during the month of Ramadan, and was very generous to the poor.  I could feel his connection to God.  In fact, my father-in-law was so kind to the needy that every day after coming home from the dhur prayer at the mosque, he would invite any needy person home to eat lunch with.  This was every single day.  Up until his death at the age of 95, relatives remembered that he had continued with this habit.

My father-in-law did not like the arguing between my husband and me and counseled us to find a solution before the children suffered as a result of our fighting.  He tried desperately to help us find a solution.  He warned his son to allow me room to practice my religion, but it was no longer about religion anymore.  I felt frustrated and desired to take a break.  When I asked my husband for a separation, he agreed that perhaps it was the best thing for our marriage.  You know the saying, “Absence makes the heart grow fonder.” Well, not in our case.  In fact, the absence made our hearts grow further apart.  After the separation, we both wanted a permanent separation and agreed on a divorce.  Although I desperately wanted my children to live with me, we both felt that it would be better for the children to be raised by their father.  He was in a much better position, financially, to raise them and give them many comforts; something I was not prepared to give.  How I longed for them every night.  I moved back with my mother and continued seeing my children every weekend.  My ex-husband would drop off our children on Friday afternoons and pick them up early Sunday mornings.  Although this arrangement hurt, it was better than nothing.

Next: Carla, a Former Roman Catholic (part 2 of 3)