Description: A glimpse of how the practice of fortune-telling differs from Islam. Part 2: Role of Jinns. 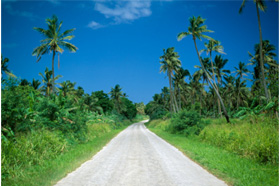 Man cannot gain control over the Jinn as this 0was a special miracle given only to Prophet Sulaymaan.  In fact, contact with the Jinn in circumstances other than possession, or accident is most often made by the performance of sacrilegious acts despised and forbidden in the religion.  The evil Jinn summoned in this fashion may aid their partners in sin and disbelief in God.  Their goal is to draw as many others as they can into the gravest of sins, the worship of others besides or along with God.

Once contact and contract with the Jinn are made by fortune-tellers, the Jinn may inform them of certain events in the future.  The Prophet described how the Jinn gather information about the future.  He related that the Jinn were able to travel to the lower reaches of the heavens and listen in on some of the information about the future, which the angels pass among themselves.  They would then return to the earth and feed the information to their human contacts.[1]  This used to happen a lot prior to the prophethood of Muhammad and fortune-tellers were very accurate in their information.  They were able to gain positions in the royal courts and enjoyed much popularity and were even worshipped in some regions of the world.

After the Prophet Muhammad began his mission the situation changed.  God had the angels guard the lower reaches of the heavens carefully, and most of the Jinn were chased away with meteors and shooting stars.  God described this phenomenon in the following Quranic statement made by one of the Jinn, “We (the Jinn) had sought out the heavens but found it filled with strong guardians and meteors.  We used to sit on high places in order to listen, but whoever listens now finds a flame waiting for him.”

“And We have guarded it (the heavens) from every cursed devil, except the one who is able to snatch a hearing and, he is pursued by a brightly burning flame.”(Quran 15:17)

Ibn Abbaas said, “When the Prophet and a group of his companions set out for the Ukaadh market, the devils were blocked from hearing information in the heavens.  Meteors were let loose on them, so they returned to their people.  When their people asked what happened, they told them.  Some suggested that something must have happened, so they spread out over the earth seeking the cause.  Some of them came across the Prophet and his companions while they were in Salaah and they heard the Quran.  They said to themselves that this must have been what blocked them from listening.  When they returned to their people they told them, ‘Verily we have heard a marvellous Quran.  It guides unto righteousness so we believed in it.  And we will never make partners with our Lord.’”[2]

Thus, the Jinn could no longer gather information about the future as easily as they could before the Prophet’s mission.  Because of that, they now mix their information with many lies.  The Prophet said: “They (the Jinn) would pass the information back down until it reaches the lips of a magician fortune-teller.  Sometimes a meteor would overtake them before they could pass it on.  If they passed it on before being struck, they would add to it a hundred lies.” (Saheeh Al-Bukhari, At-Tirmidhi)

Aisha reported that when she asked God’s messenger about fortune-tellers, he replied that they were nothing.  She then mentioned that the fortune-tellers sometimes told them things, which were true.  The Prophet said: “That is a bit of truth which the Jinn steals and cackles in the ear of his friend; but he mixes along with it a hundred lies.” (Saheeh Al-Bukhari, Saheeh Muslim)

Once while Umar ibn al-Khattaab was sitting, a handsome man, Sawaad Ibn Qaarib passed by him.  Umar said: “If I am not wrong, this person is still following his religion of pre-Islamic times or perhaps he was one of their fortune-tellers.”  He ordered that the man be brought to him and asked him about, what he suspected.  The man replied, “I have never seen a day like this where a Muslim is faced with such accusations.”  Umar said, “Verily I am determined that you should inform me.”  The man then said, “I was their fortune-teller in the time of ignorance.”  On hearing that Umar asked, “Tell me about the strangest thing which your female Jinn told you.”  The man then said, “One day, while I was in the market, she came to me all worried and said, ‘Have you not seen the Jinns in their despair after their disgrace?  And their following of she-camels and their riders.”  Umar interjected, “It is true.” (Saheeh Al-Bukhari)

The Jinns are also able to inform their human contact of the relative future.  For example, when someone comes to a fortune-teller, the fortune-teller’s Jinn gets information from the man’s Qareen (the jinn assigned to every human being) of what plans he had made prior to his coming.  So the fortune-teller is able to tell him that he will do this or that, or go here or there.  By this method, the real fortune-teller is also able to learn about a stranger’s past in vivid detail.  He is able to tell a total stranger of his parents’ names, where he was born, the acts of his childhood, etc.  The ability to vividly describe the past is one of the marks of a true fortune-teller who has made contact with the Jinn.  Because the Jinn are able to traverse huge distances instantaneously, they are also able to gather huge stores of information about hidden things, lost articles and unobserved events.  Proof of this ability can be found in the Quran, in the story about Prophet Sulaymaan and Bilqees, the Queen of Sheba.  When Queen Bilqees came to see him, he asked the Jinn to bring her throne from her land.  “An Ilfreet from among the Jinns said, I will bring it for you before you can get up from your place.  Verily, I am strong and trustworthy for the assignment.[3]