The Beauty and Eloquence of the Quran (part 2 of 2)

Description: At a time when eloquence was perfectly competitive, the Quran of miraculous explanation was revealed.  Part 2. 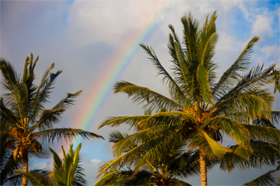 Poetry owes its lure and luster to lies and fiction.  The poet lets his imagination run wild, and roams about unbridled beyond the realm of reality.  The more he indulges his imagination, the prettier is his poem.  The further he flies into the land of fancy, the more fanciful and fabulous is his fiction.  Truth is an early casualty of his excursion into the land of fantasy.  Phrases are his toys and fiction is his field of play.  Words are his tools, and his workshop is the beauty parlor, where simple becomes sensual and sensational, and plain facts are dressed up to appear pretty and presentable.  Beautiful and befitting words are his profession, and he aims to spark and kindle the imagination of his audience.  He plans to plunge his listeners into an arena of illusion, the unreal and ethereal world.

Exaggeration is the specialty of the poet, his special calling.  Even a simple simile for a poet is a flight of fancy.  He stretches the truth to a fault, till it becomes a lie.  With a little embellishment, he turns a bland event into a tantalizing tale.  If the truth is not to his liking, he proceeds to dilute the effect of the fact.  If the fact does not fit his fancy, he mixes it with a lavish measure of myth, and throws the fact out of focus.  With words, he can knit a shield to deflect the fact.  Thus, he trivializes the truth.  He will twist and turn the words, and tug at the truth till it yields the meaning he desires.  He covers the truth with layers of interpretations, until the truth becomes a stranger.  With deft use of words, he can baptize a fiction as well as fictionalize a fact.   He circulates lies by wrapping them with layers of known and irrefutable facts.  He lends credence and respect to baseless assumptions by surrounding them with respected facts.  Falsehood thus becomes fortified.  Poetic text is the priority of a poet and his talent consists of fanciful phrases, not truth.  Poetry pleases the aesthetic and tickles the intellect, but truth it is not.  About the poets, the Quran says:

"And We did not give Prophet Muhammad, knowledge of poetry, nor is it befitting for him.  It is a message and a clear Qur'an.ˮ (Quran 36: 69)

The difference between it and the work of the poets, writers and philosophers is not only that of degree or quality, but also that of character and class.  It did not stoop down to the earthy model of distortion and dishonesty.  Rather, it aggrandized and sanitized the standards of literature, and introduced it to a new height.  It imposed a tougher requirement for literary standard and demanded absolute honesty and accuracy.  It refused to espouse fiction and the art of fictionalizing facts, and spurned exaggeration.  It did not win by using the ways and means of the other literary works.

The literary giants know the rules of grammar and diction.  Yet, they cannot comply with the rule laid down by the Quran.  They are handicapped because their expertise is of no avail without falsehood and fiction.  If exaggeration was to be edited out of their work, they would not be left with much of their work.  They cannot imagine poetry without a degree of lies and embellishment.  Thus the Quran unfettered the facts and liberated the truth from the clutches of its captors - the poets, the writers and the philosophers of the past, present and the future.  It exposed their craftiness.  When it comes to matters pertaining to this world, they do know the facts but do not always choose to be honest and accurate.  However, when it comes to matters past the grave, they are actually the charlatans relying on guesses and conjectures.

And most of them follow not except assumption.  Indeed, assumption avails not against the truth at all.  Indeed, Allah is Knowing of what they do.  (Quran 10: 36)

"And if you obey most of those upon the earth, they will mislead you from the way of Allah.  They follow not except assumption, and they are not but falsifying.ˮ (Quran 6: 116)

The Quran defied the accepted norms of literature and achieved eloquence and eminence without resorting to exaggeration of any sort.  Because of that, every literary classic created in any period of history and in any language of the world, would fall in a class lower than that of the Quran.  It has a unique character all its own.  It lays down facts plainly, and meticulously adheres to accurate narration.  Even when it quotes a parable, the comparison is never misleading and it does not twist or bend the truth.  The words and phrases it uses bring out the unadulterated truth.  It is sworn to tell nothing but the truth.  Precision is its priority, and all of its text can be accepted literally.  Scientific treatise should be that exact.  Its adherence to accuracy when it comes to matters pertaining to this world infuses faith and confidence into its believers.  They become convinced that the events scheduled to occur beyond death are also depicted with the same accuracy and precision, and without exaggeration.  The reason the Quran has remained matchless in substance and style is because it is the absolute truth.  About itself, it says:

"These are the verses of Allah which We recite to you, [O Muhammad], in truth.  And indeed, you are from among the messengers. ˮ (Quran 2:252)

He has sent down upon you, [O Muhammad], the Book in truth, confirming what was before it.  And He revealed the Torah and the Gospel.  (Quran 3:3)

"Alif, Lam, Meem, Ra.  These are the verses of the Book; and what has been revealed to you from your Lord is the truth, but most of the people do not believe.ˮ (Quran 13:1)

Previous: The Beauty and Eloquence of the Quran (part 1 of 2)