The Rights of Non-Muslims in Islam (part 9 of 13): The Right to Justice II

Description: Further examples of Islamic justice towards non-Muslims and justice as a right. 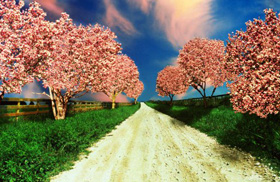 Once, a dispute arouse between Ali ibn Ali Talib, when he was the Caliph, and a Jewish man who went to Judge Shurayh al-Kindi.  Shuray tells the details of what happened:

"Ali found he was missing his coat of mail, so he went back to Kufa and found it in the hands of a Jewish man who was selling it in the market.  He said, ‘O Jew!  That coat of mail is mine!  I did not give it away or sell it!’

The Jew responded ‘It is mine.  It is in my possession.’

Ali said, ‘We will have the judge rule on this for us.’

So they came to me and Ali sat next to me and said, ‘That coat of mail is mine; I did not give it away or sell it.’

The Jew sat in front of me and said, ‘That is my coat of mail.  It is in my possession.’

I asked, ‘O Commander of the Faithful, do you have any proof?’

‘Yes,’ Ali said. ‘My son Hasan and Qanbarah can testify that it is my coat of mail.’

I said, ‘Commander of the Faithful, the testimony of a son in his father’s favor is not admissible in court.’

Ali exclaimed, ‘How Perfect is God!  You cannot accept the testimony of a man who has been promised Paradise?  I heard the Messenger of God saying that Hasan and Husain are the princes of the youth in Paradise.’[1]

Another amazing story of Muslim justice towards non-Muslims pertains to the conquest of the city of Samarkand.  Qutayba, the Muslim military general, had not given the residents of Samarkand a choice between accepting Islam, entering into a protective covenant with the Muslims, or to accept fighting at the time.  Years after the conquest, the people of Samarkand lodged a complaint with ‘Umar ibn Abdulaziz, the then current Muslim Caliph.  Umar, upon hearing their complaint, ordered the governor of the city to turn it over to the people and vacate it, and then to give the people the three alternatives to choose from.  Astounded by this display of instant justice, many of the residents of Samarkand embraced Islam![3]

We also read in history instances where the general Muslim population was aware of the rights of the non-Muslim minorities and would demand justice for non-Muslims from their rulers.  Waleed ibn Yazeed, an Omayyad Caliph, exiled the inhabitants of Cyprus and forced them to settle in Syria.  The scholars of Islam did not approve his move at the time and declared it to be oppression after the event.  They brought the issue up with his son when he became Caliph so that the people could be resettled in their native land once again.  He agreed to the proposal, and is thus known to be one of the fairest rulers of the Umayyad dynasty.[4]  Another similar historical instance is when the governor of Lebanon, Salih ibn Ali, expelled an entire village of non-Muslims because some of them refused to pay the toll on their produce.  The governor was a close advisor of the Caliph, yet Imam Awza’i, a renowned Muslim scholar of Syria, came to their defense and wrote to letter of protest.  Part of the letter reads:

‘How can you collectively punish people for the misdeeds of a few, going so far as to expel them from their homes?  God states:

It is the most compelling evidence to consider and follow.  And the most deserving command of the Prophet to preserve and follow is:

"If anyone oppresses a dhimmi or burdens him with something he can not bear, I will argue against him on the Day of Judgment"[5]

They are not slaves whom one is able to take from one place and move to another as one pleases. They are the free People of the Covenant.’[6]

Secular writers and historians have been compelled to acknowledge the justice of Islam towards non-Muslims in their midst.  The British historian, H.G.  Wells, wrote the following:

‘They established great traditions of just tolerance.  They inspire people with a spirit of generosity and tolerance, and are humanitarian and practical.  They created a humane community in which it was rare to see cruelty and social injustice, unlike any community that came before it.’[7]

‘Islamic principles of tolerance forbade these actions [mentioned previously], that always involved some oppression.  Muslims were the opposite of others, and it appears that they spared no effort in treating all of their Christian subjects with justice and equity.  An example was the conquest of Egypt, when the Jacobites took advantage of the removal of the Byzantine authorities to dispossess the Orthodox Christians of their churches.  The Muslims returned them to their rightful owners when the Orthodox Christians presented them with proof of ownership.’[8]

‘At the time of the Muslim Arab rule, the conquered inhabitants of the island of (Sicily) were comfortable and content compared to their Italian counterparts, who were collapsing under the yoke of the Langiornians and Franks.’[9]

‘No law can eradicate injustice and prejudice better than one that states:

"…and do not let the hatred of a people prevent you from being just." (Quran 5:8)

Only when a person holds himself to these standards, settling for no other, and devotes himself to a religion with these lofty principles and rectitude, accepting no other… only then can he claim to have honored himself.’[10]