Polygamy – An alternative way of life

Description: A marriage option with a long and valid history. 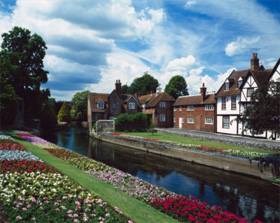 What is it about the word polygamy?  Just uttering it raises eyebrows, elicits snide remarks, or prompts crude jokes.  Since the 19th century, when the concepts of orientalism and colonialism came to dominate Western thought,   combining the words polygamy and Islam has conjured up visions of swarthy Arab men surrounded by sexual playthings.  More recently, the word polygamy has come to represent patriarchs in the Fundamentalist Church of Latter Day Saints, having sexual relations with underage girls.

While both images certainly make sensational media exposés, they could not be further from the truth.  The reality of polygamy is that it is a marriage arrangement that can benefit some people, in some situations.  It is not a practice confined to Middle Eastern or Muslim countries, in fact it is found world wide, and ranges across cultures and religions.  Polygamy existed in ancient times and continued to flourish unremarkably for thousands of years.

In the 21st century polygamy, and its myriad of implications and complications is undergoing a resurgence of sorts, albeit aided by media attention.  Popular United States reality programs such as the wildly successful Oprah Show and the Discovery Network’s TLC channel have focused attention of polygamy in North America where polygamy hits the headlines repeatedly.  In South Africa the fourth post apartheid president, Jacob Zuma, is a polygamist with three wives.

Throughout the world, the opponents of polygamy speak about the exploitation and abuse of women and describe polygamy as a backward and medieval practice.  This however is not what we hear from modern women currently in polygamous relationships.  These women speak about freedom of choice, freedom of religion and the bonds of sisterhood between wives. Polygamy is not about one man dominating and abusing several women.  It is about adult men and women choosing a form of marriage that suits their needs, desires, and aspirations.

Islam did not introduce polygamy to the world; it did however place restrictions and conditions on this unique marriage arrangement, in order to assure that abuses did not occur.  However, before we go any further and discuss the connection between Islam and polygamy it may be useful to define the term polygamy.

Polygamy means having more than one spouse at a time.  It comes from two Greek words, polys, meaning many, and gamos, meaning marriage.  In reality there are three forms of polygamy, polygyny, where one man is married to several wives, polyandry where one woman has several husbands, and a third form, where several husbands are married to several wives.  Throughout the world, all forms exist to varying degrees in various cultures.  However, in Islam only one form of polygamy is permitted – polygyny.

It is incorrect to presume that Christian and Jewish religions have always been opposed to polygamy.  Polygyny was practiced, to varying degrees throughout the history of the three monotheistic religions- Judaism, Christianity, and Islam.  The Torah and the Bible do not condemn the practice of polygyny rather some of the most esteemed and respected Prophets and Kings practiced polygyny, including Abraham, David, Jacob, and Solomon.  However while there is no condemnation, there are also no restrictions on the practice of polygyny.

All three monotheistic religions have been accused of misogyny and certainly, some stories and traditions tend confirm this, especially when women are referred to as property and polygyny is practised without restriction or regulation.  Islam however, places limitations on the number of wives a man may take and enforces laws that reconcile marriage with gender equality.  The inequalities that exist between Muslim men and women are based on cultural aberrations and are not sanctified by Islamic law.

Women are described in Quran as being equal to men, and the tenants of Islam enshrine the rights and responsibilities of each member of the human race. Differences between the genders are celebrated. One life or one sex is not worth more than the other is.    Islam builds on the respect, tolerance, and morality inherent in the original teachings of Judaism and Christianity and reveals itself as a code of life` for all people in all places and at all times.  Polygyny is permitted in Islam and it in no way diminishes the rights or the equality of women.

Islam took an already well-established practice, polygyny,   and instituted regulations that prevented chaos and abuse from entering the family structure. A well-balanced functioning family, where the rights of all members are respected and upheld, is the cornerstone of Islam.  A moral and ethical community stems from this family structure and it is based on realistic notions of gender equality.

Polygyny is just one way consenting adult men and women can contribute to a well-rounded society free from immorality and degradation, and it is permitted under certain well-documented circumstances. Polygyny is not a fixed dogma inherent in Islam, nor is it obligatory in any way. Quran has given permission for a man to take a maximum of four wives and each successive wife enjoys the same rights and privileges as the first. Women are not forced into plural marriages without their consent.

Women practising Islam have certain inalienable rights given to them by God Himself and some specifically pertain to marriage. Marrying into a polygynous family does not negate or change any of those rights.  Nor are women’s rights changed or challenged if a previous monogamous marriage becomes polygynous. Marriage in Islam is a partnership between human beings seeking to please God by working towards a moral, stable life. Men and women are free to choose or reject their partners as they see fit, and Islam takes into account the vagaries of human nature.

Women in Islam have rights only dreamt about by women in the West even 100 years ago. Muslim women pioneered pre-nuptial agreements, and took part in politics and scholarship when women from the Western world were unable to read and write.  Polygyny upholds women’s rights   and is a valid marriage arrangement that inherently accepts gender equality.   Yet the word polygamy (including its variation polygyny) creates an atmosphere of fear. What is it about polygamy that we fear the most?

Is it that polygyny takes into account the true nature of men and women? Alternatively, is it perhaps that the majority of those who practice polygyny lead moral upstanding lives? What is it about this modern society that allows and even sanctions bad behaviour?  Men and women pass into and out of relationships with little thought of each other or the resulting children.  The sanctity of marriage is passed over in favour of serial monogamy and de facto relationships.  Men are encouraged to take mistresses and girlfriends but a man who wants to take more than one legal wife, in order to assume responsibility for her and their children, is condemned and branded a sex fiend or wastrel.

Even in the Muslim world, men and women who choose to practice polygyny are sometimes condemned.  However, the absurdity of such notions is becoming increasingly clear.  Polygamy is slowly winding its way back into popular culture.  Even television series such as HBO’s Big Love and the Egyptian drama, The Family of Hajj Metwalli, are beginning to portray polygyny as a valid lifestyle.  The word polygamy forces us to confront issues concerned with basic human nature.  People and communities around the world, Muslim and non Muslim alike, are investigating polygamous alternatives.  They are looking at a marriage option with a long and valid history and wondering what it has to offer citizens of the 21st century.