The Rights of Non-Muslims in Islam (part 8 of 13): The Right to Justice I

Description: Examples of Islamic justice towards non-Muslims and justice as a right. 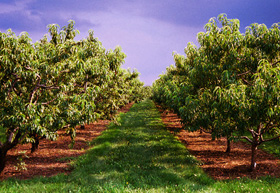 God requires Muslims to be just in all their affairs and to act equitably towards everyone.  God says:

"And the sky He has raised; and He has set the Balance (of justice), that you may not exceed the (due) balance.  But observe the measure strictly, nor fall short thereof." (Quran 55:7-10)

Muslims are divinely ordained to act with justice, even if it means acting against themselves or those close to them, as the Quran states:

"O you who have believed, persistently stand firm in justice, witnesses for Allah, even if it be against yourselves or parents and relatives.  Whether one is rich or poor, Allah is more worthy of both.  So follow not [personal] inclination, lest you not be just.  And if you distort [your testimony] or refuse [to give it], then indeed Allah is Ever-Acquainted with what you do." (Quran 4:135)

God requires that we apply justice at all times:

"Indeed, Allah commands you to render trusts to whom they are due, and when you judge between people, to judge with justice.  Excellent is that which Allah instructs you.  Indeed, Allah is ever Hearing and Seeing." (Quran 4:58)

Islamic justice towards non-Muslims is multifaceted.  Islam gives them the right to go before their own courts; it also guarantees them equality in seeking justice with Muslims, if they choose to present their case in an Islamic court.  God says:

If a Muslim were to steal from a non-Muslim dhimmi, he would be liable to the same punishment as the dhimmi would have been had he stolen from the Muslim.  Similarly, a Muslim is liable to receive a sentence for defamation if he slanders a man or woman protected under the covenant.[1]

Islamic history has some beautiful examples of justice meted out by Muslims towards non-Muslims.  A man named Ta’ima stole a suit of armor from Qataada, his neighbor.  Qataada had hidden the armor inside a sack of flour so, when Ta’ima took it, the flour leaked out of the sack through a hole, leaving a trail up to his house.  Ta’ima then left the armor in the care of a Jewish man named Zayed, who kept it in his house, in order to conceal his crime.  Thus, when the people searched for the stolen armor, they followed the trail of flour to Ta’ima’s house but did not find it there.  When confronted, he swore to them he had not taken it and knew nothing about it.  The people helping the owner also swore that they had seen him breaking into Qataada’s house at night, and had subsequently followed the tell-tale trail of flour, which had led them to his house.  Nevertheless, after hearing Ta’ima swearing he was innocent, they left him alone and looked for further clues, finally finding a thinner trail of flour leading to the house of Zayed, and so arrested him.

The Jewish man told them that Ta’ima had left the armor with him, and some Jewish people confirmed his statement.  The tribe to which Ta’ima belonged sent some of their men to the Messenger of God to present his side of the story, and asked them to defend him.  The delegation was told, ‘If you do not defend our clansman, Ta’ima, he will lose his reputation and be punished severely, and the Jew will go free.’  The Prophet was subsequently inclined to believe them, and was about to punish the Jewish man when God revealed the following verses of the Quran to vindicate the Jew.[2]  The verse continues to be recited by Muslims today as a reminder that justice must be served for all:

"Indeed, We have revealed to you, (O Muhammad), the Book in truth so you may judge between the people by that which God has shown you.  And do not be an advocate for the deceitful.  And seek forgiveness of God.  Indeed, God is ever Forgiving and Merciful.  And do not argue on behalf of those who deceive themselves.  Indeed, God loves not one who is a habitually sinful deceiver.  They conceal [their evil intentions and deeds] from the people, but they cannot conceal [them] from God, and He is with them (in His knowledge) when they spend the night in such as He does not accept of speech.  And God ever is encompassing of what they do.  Here you are – those who argue on their behalf in [this] worldly life – but who will argue with God for them on the Day of Resurrection, or who will [then] be their representative?" (Quran 4:105-109)