The Rights of Non-Muslims in Islam (part 7 of 13): The Right to Follow Their Religious Laws

Description: The right of non-Muslims to follow their own laws and are not under compulsion to follow Islamic Law. 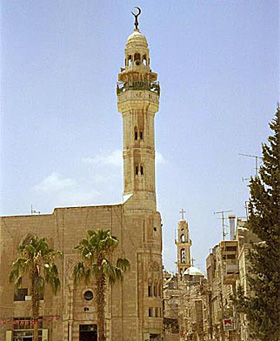 Islam does not compel non-Muslims citizens living in Muslim lands to be ruled by Islamic Laws.  They are exempt from paying the zakah[1].  Under Islamic Law, a Muslim who does not pay the zakah and refuses its obligation becomes an unbeliever.  Also, Islamic Law requires military duty from able Muslims, but non-Muslims are exempt from it, even though it is of benefit to Muslims and non-Muslims alike.  In return for these two exemptions, non-Muslim citizens pay a nominal tax known as jizya.  Sir Thomas Arnold wrote, ‘The jizya was so light that it did not constitute a burden on them, especially when we observe that it exempted them from compulsory military service that was an obligation for their fellow citizens, the Muslims.’[2]

Islam also permitted non-Muslims to observe their civil law in matters such as marriage and divorce.  Regarding criminal justice, Muslim jurists would pass sentences on non-Muslims in issues considered sinful in their religion such as theft, but exempted them from issues they held to be permissible such as drinking wine and eating pork.[3]  This is based clearly of the practice of the Prophet himself when he first came to Medina and established a ‘constitution’.  He allowed for individual tribes who were not Muslims to refer to their own religious scriptures and their learned men in regards to their own personal affairs.  They could though, if they opted, ask the Prophet to judge between them in their matters.  God says in the Quran:

"…If they do come to you, either judge between them or decline to interfere…" (Quran 5:42)

Here we see that Prophet allowed each religion to judge in their own matters according to their own scriptures, as long as it did not stand in opposition to articles of the constitution, a pact which took into account the greater benefit of the peaceful co-existence of the society.

Umar ibn Abdulaziz, a Muslim ruler, found it hard to accept how non-Muslims continued to follow their social regulations that went against the Islamic injunctions.  He wrote a letter to Hasan al-Basri[4]  seeking his legal advice, saying, ‘How is it that the Rightly-Guided Caliphs before us left the People of the Covenant as they did, marrying close relatives[5], and keeping pigs and wine?’  Hasan’s responded, ‘They paid the jizya so that they could be left to practice what they believed, and you may only follow the Islamic Law, not invent something new.’[6]

The People of the Covenant had their own courts to settle their disputes, but if they wished, they could resort to Islamic courts.  God commanded His Prophet:

Adam Metz, a Western historian, writes in the Islamic Civilization in the Fourth Century of the Hegira:

"Since the Islamic Law was specifically for Muslims, the Islamic state allowed the people of other religious affiliations to their own courts.  What we know about these courts is that they were church courts and prominent spiritual leaders were the chief justices.  They wrote a great number of books on canon law, and their rulings were not confined to matters of personal status.  They included such problems as inheritance and much of the litigations between Christians that did not involve the state."[7]

Therefore, it can be seen that Islam did not punish non-Muslims for doing what they viewed as permissible according to their religious law, such as consuming alcohol or eating pork, even though they are forbidden in Islam.  The tolerance extended by Islam towards non-Muslims is unmatched by any other religious law, secular government, or political system in existence even today.  Gustav LeBon writes:

"The Arabs could have easily been blinded by their first conquests, and committed the injustices that are usually committed by conquerors.  They could have mistreated their defeated opponents or forced them to embrace their religion, which they wished to spread all over the world.  But the Arabs avoided that.  The early caliphs, who had a political genius that was rare in proponents of new religion, realized that religions and systems are not imposed by force.  So they treated the people of Syria, Egypt, Spain, and every country they took over with great kindness, as we have seen.  They left their laws, regulations, and beliefs intact and only imposed on them the jizya, which was paltry when compared to what they had been paying in taxes previously, in exchange for maintaining their security.  The truth is that nations had never known conquerors more tolerant than the Muslims, or a religion more tolerant than Islam."[8]

[1] Zakah: one of the pillars of Islam.  It is a obligatory charity paid on certain forms of wealth.

[4] Hasan al-Basri: one of the most eminent scholars from the second generation of Muslims known for his asceticism and knowledge.  He was born in Medina in 642 CE, the son of a slave captured in Maysan, who was freed by the Prophet’s secretary, Zaid ibn Thabit.  He was brought up in Basra, Iraq.  Hasan met many Companions and transmitted many reports of Prophet Muhammad. His mother served Umm Salama, the wife of the Prophet.  He died in Basra in 728 CE at the age of 88.

[5] The Zoroastrians to this day deem it permissible to marry their own siblings.