Do all Muslims Represent Islam? (part 1 of 3): An Introduction

Description: Not all Muslims understand and follow their religion. 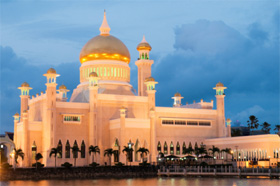 Islam and the followers of Islam, Muslims, are very prominent in the media nowadays.  Around the world debates rage about various Islamic topics or topics that invariably involve Muslims.  Almost continuous media exposure means that there is hardly a person left in the world that has not read or seen something about Islam or Muslims, or both.  In addition, most people have an opinion.  Many base their opinions on misconceptions or misunderstandings about Islam.  Many base their opinions on the actions or words of people who call themselves Muslims but actually have very little knowledge about their religion.

Thankfully, many base their opinions on sound knowledge and research.  It is through the mercy of God that the truth of Islam usually reigns triumphant over media speculation and disinformation.  However, in a media saturated century it is only fair to ask the question, do all Muslims represent Islam?

The answer is, of course not! Think about it for a minute. Would any one ask the question, do all German’s represent Germany?  Do all Indonesians represent Indonesia?  Do all Catholics represent Catholicism, all Hindus, Hinduism?  No, of course not! While one religion or one country is not generally maligned by the action of a few people, this sadly has not been the case for Islam, especially post 9/11.

It is a distressing fact that many great crimes have been perpetrated by individuals, groups, and countries in the name of Islam.  When these atrocities occur, it has somehow become the norm to blame the religion of Islam instead of the perpetrators themselves.  In 1987 when Sikh gunmen opened fire on Hindu bus passengers in India’s Punjab state, killing 38 people, the media did not declare the Sikh religion to be bloodthirsty and automatically condemn all Sikhs.

In Spain, ETA (the Basque Separatist Movement) has claimed responsibility for more than 800 unlawful deaths since 1968.  Even though Spain is 94% Catholic, as is mentioned in the CIA world Fact book, this atrocity was not attributed to Catholics nor is the Catholic Church condemned as a religion promoting violence.  If a person commits a crime and then declares himself Muslim, or shouts the words Allahu Akbar (God is Great) this does not make him or her a representative of Islam.

However, knowing that not all Muslims represent Islam does not solve the problem.  Just what is this religion called Islam and how is it that many people who declare themselves Muslim misrepresent their own way of life?  Unfortunately, many Muslims throughout the world are marginalised and are struggling to overcome colonial and imperial backgrounds.  The military conquest, economic exploitation and cultural mutation imbedded in the colonialism of the 15th to 20th centuries has left generation after generation of disaffected, poverty stricken and marginalised Muslims struggling to come to terms with a globalised world.

This however is not an excuse for bad behaviour or the perpetration of atrocities on the innocent.  There are no excuses for crimes like this.  Background information does however serve to help us understand why some people commit crimes and atrocities against humanity, against themselves and ultimately against their religion.  When we see or read about a person who calls himself or herself a Muslim perpetrating a crime too horrible to contemplate, it is important to understand that this person does not represent Islam.  The same can be said of all religions.  Throughout history, humankind has used the name of God to justify unspeakable acts.

One of the problems facing the world today in general and facing Muslims specifically is that unqualified people think that it is possible to read a book, badly translated into a language other then Arabic, and instantly become able to give religious rulings on subjects they really have no knowledge about.  People with very little real Islamic knowledge suddenly become experts while the real experts are unable to have their opinions heard.  Extreme groups preach extreme ideologies that have no place in the way of life that is Islam.  Islam is the middle ground, extreme is not from the teachings of Islam.

When Islam is called the religion of peace it is meant literally.  Islam comes from the root word “sa-la-ma”, as do the words Muslim (one who follows the message of Islam) and which among many meanings also denotes peace, security, safety and implies submission and surrender to Almighty God.  Peace and security are inherent in the submission to the One God.  When a person submits to the will of God he or she experiences an innate sense of security and peacefulness.

Not all Muslims represent Islam and not all Muslims understand and follow their religion.  Culture often dictates action.  Knowing this, it becomes essential to recognize that just because a person, a group or country is known as Islamic, does not mean that it automatically follows the laws sent down by God.  The Quran was revealed for all of humankind and Prophet Muhammad was sent as a mercy to all of humankind.  One person is not more worthy of peace and security than another is.  Each person is entitled to sustenance, shelter, and security and if some are denied their God given rights, it is the responsibility of the rest of humankind, to restore those rights, not blatantly take them away.

In the following articles, we will discuss the role of culture and customs, learn what Islam says about violence and war, and see how ignorance overshadows true Islamic teachings.

Next: Do all Muslims Represent Islam? (part 2 of 3): Islam demands justice, even under duress